Yiorkio was built in 1997 by Yiangos Papadopoulos and was one of the most emblematic buildings of the capital. Upon its completion, it became famous not only for its size and luxury but also for the ecological interventions and the developments it offered in shaping the Pedieos River area.

A businessman, Papadopoulos managed to make his dream come true and keep his promise to the people of Nicosia. He said, “People of Nicosia will drink coffee in a beautiful green area while enjoying a full river.” He was stubborn and a perfectionist, which delayed both the completion and the operation of the Yiorkio Residence and the Yiorkio Market—the largest shopping centre at that time.

The building consisted of small units with ultra-luxurious suites that looked more like small houses. His purpose was to offer the best and the most exquisite service to his visitors. The products sold in Yiorkio Market were chosen very carefully and with very strict criteria.

One year after the completion of this 14,000,000 Cyprus pounds project, the owner, Yiangos Papadopoulos, died and his daughter, Niki Papadopoulou, took over the care of the residences for the following three years. One morning in 2001, she suddenly announced to the employees that the residences will close permanently and asked everyone to leave the premises.

Since 2008, one of the two towers of the building, the Yiorkio Market, has been used by the Ministry of Health. The other tower has been abandoned since 2001; all of its rooms and public spaces have been vandalised and left to decay over the years. It became a gathering place for drug users and thrill-seekers lighting up campfires in the night.

1997 Not recognised as heritage

2001 Not recognised as heritage

Transcription
I did not believe that anything could be done on this plot. One afternoon I started drawing some axes. When I saw the sketch I said this is it and so the morphology of the building was designed. The owner wanted a boutique hotel and we started to design a three-level complex with a shopping centre and a business hotel. His idea was to accommodate entrepreneurs but he did not make it. He died six months after the opening and then the meltdown began. 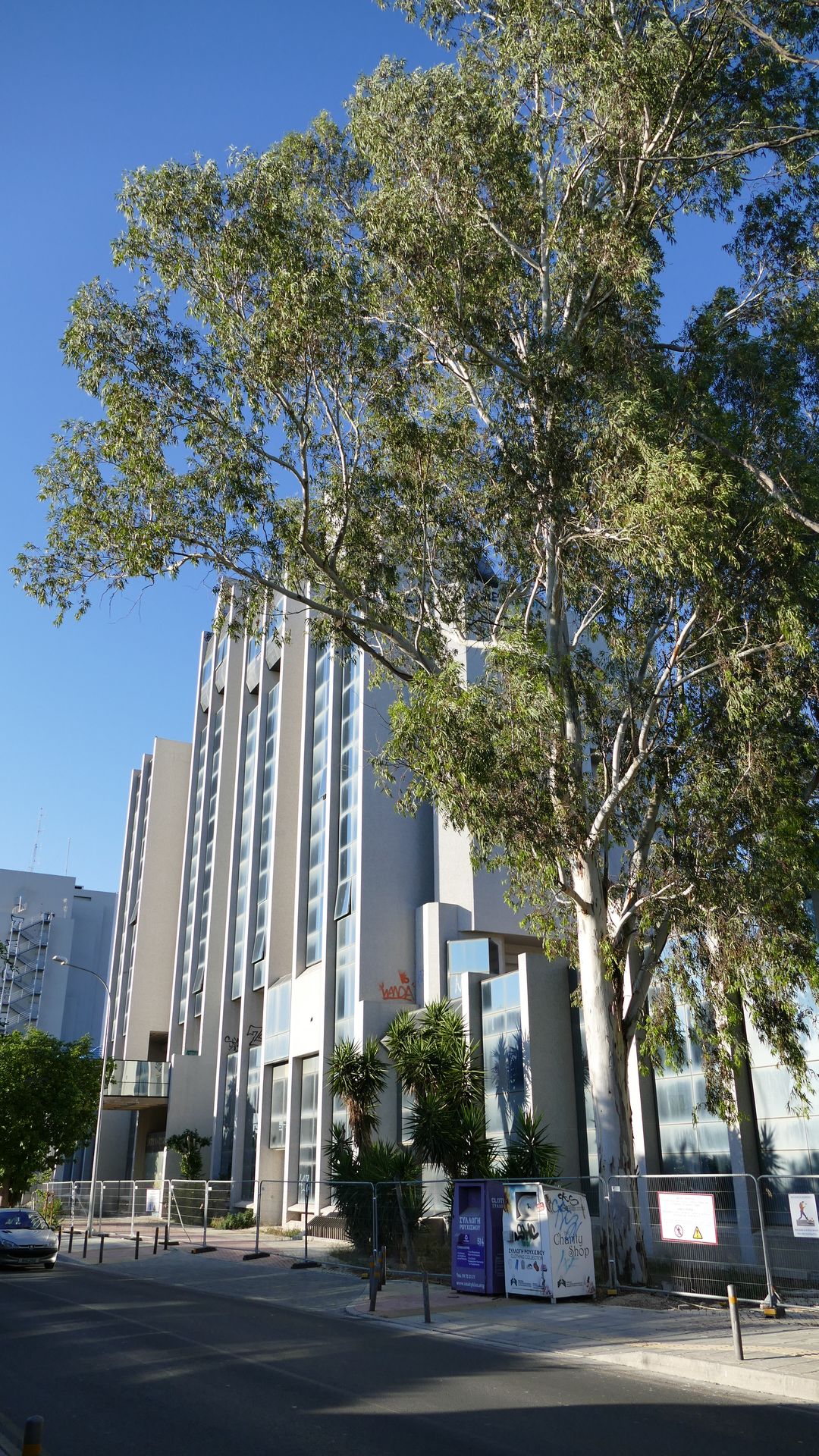 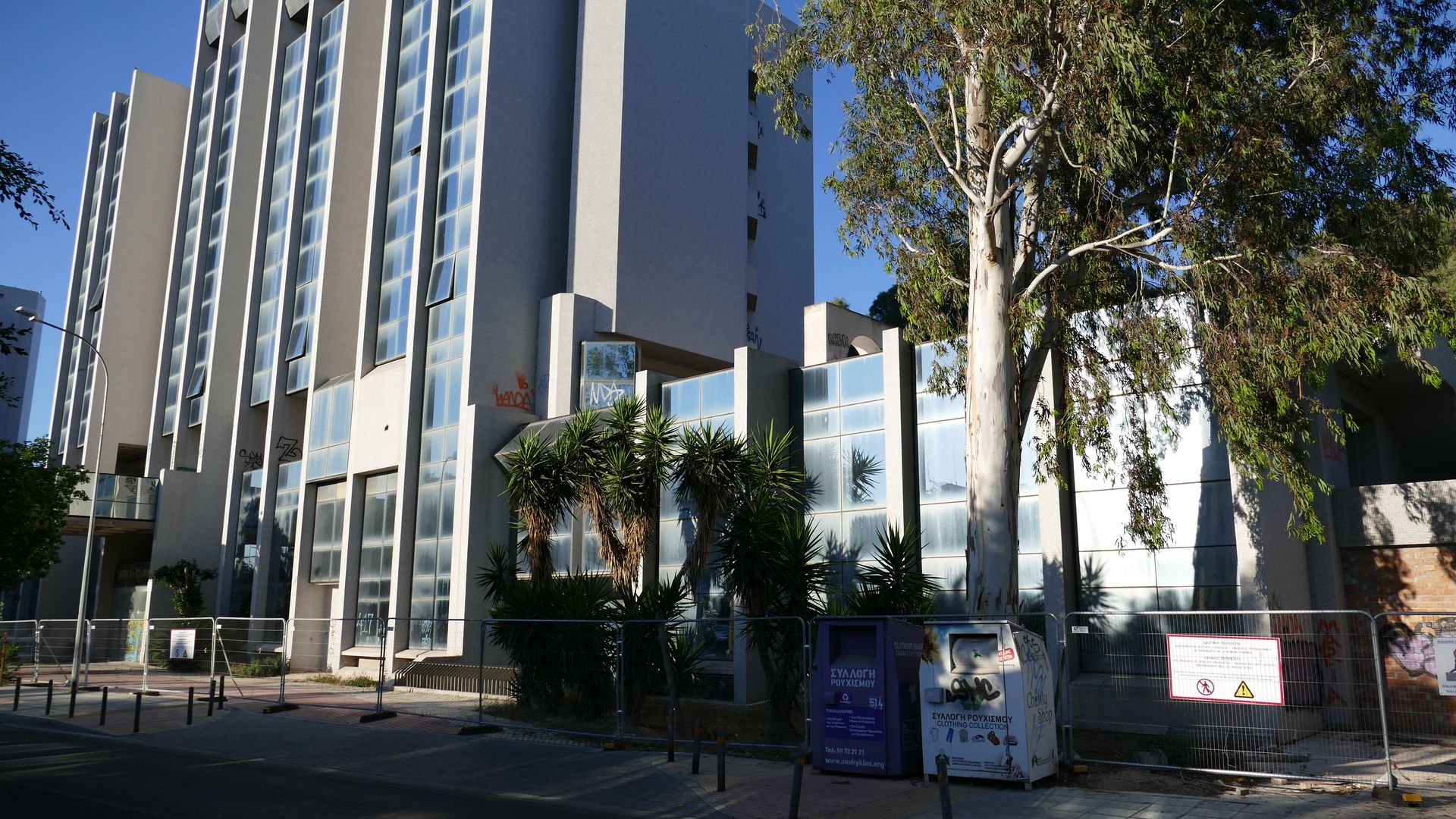 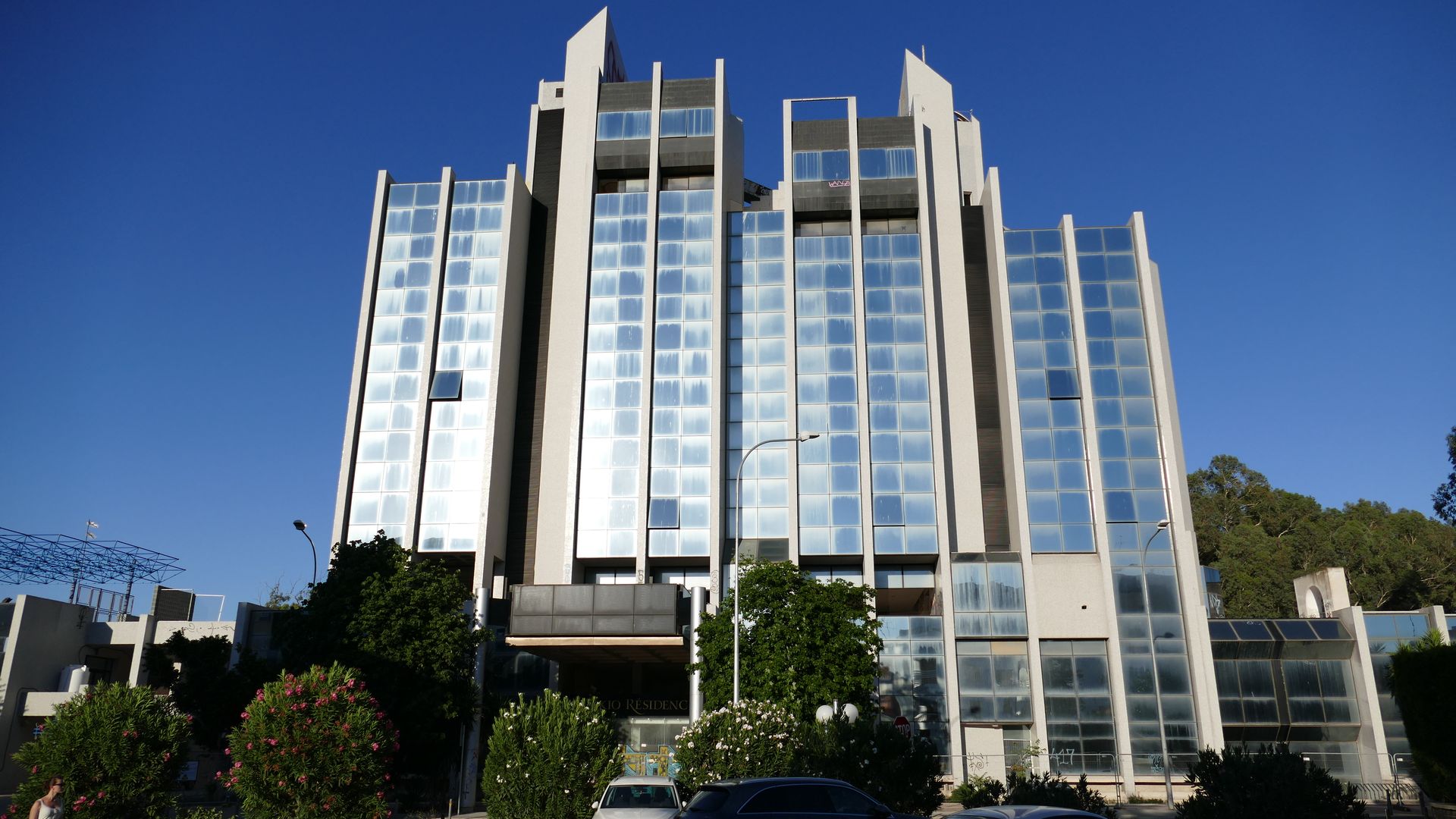 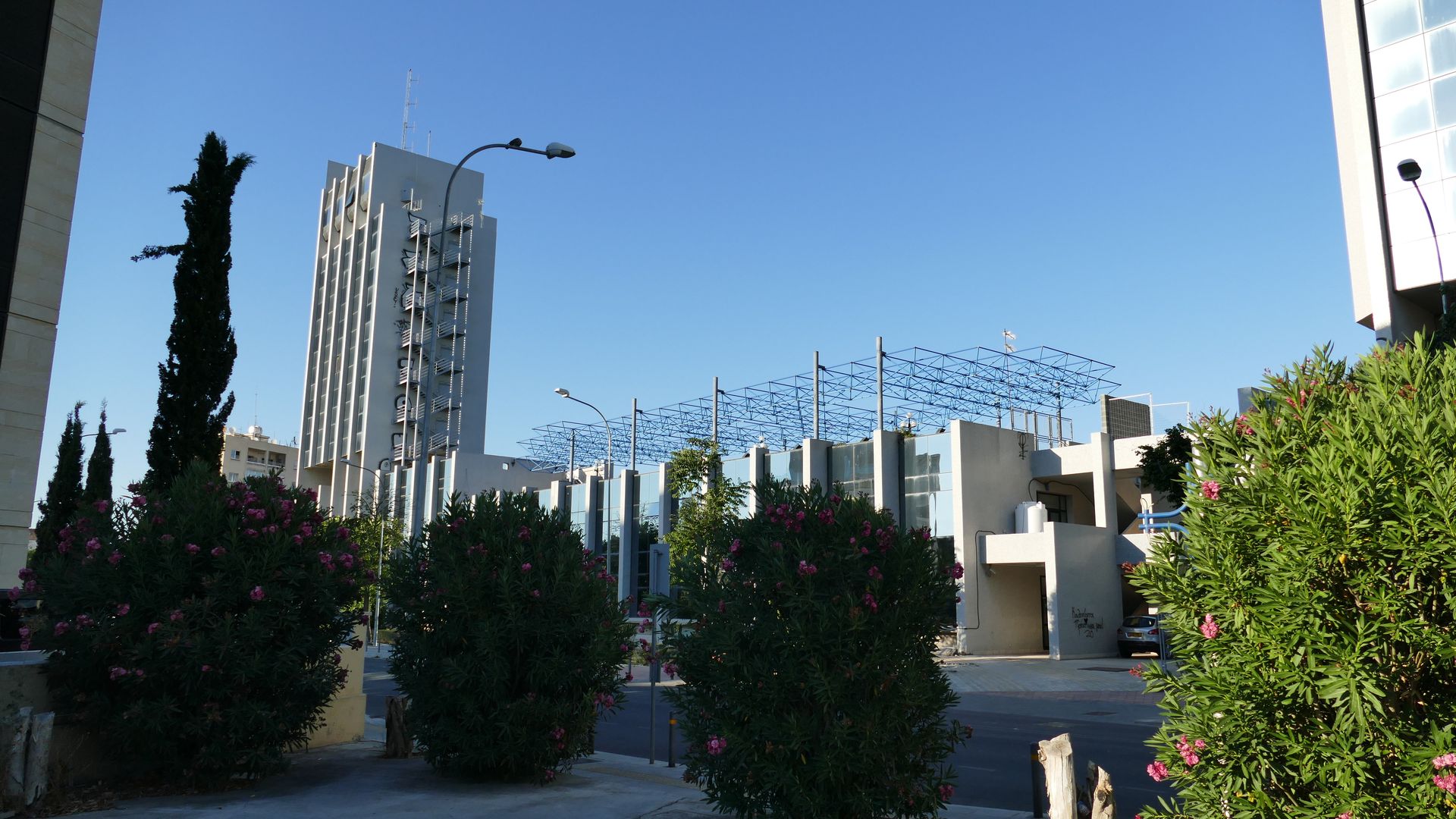 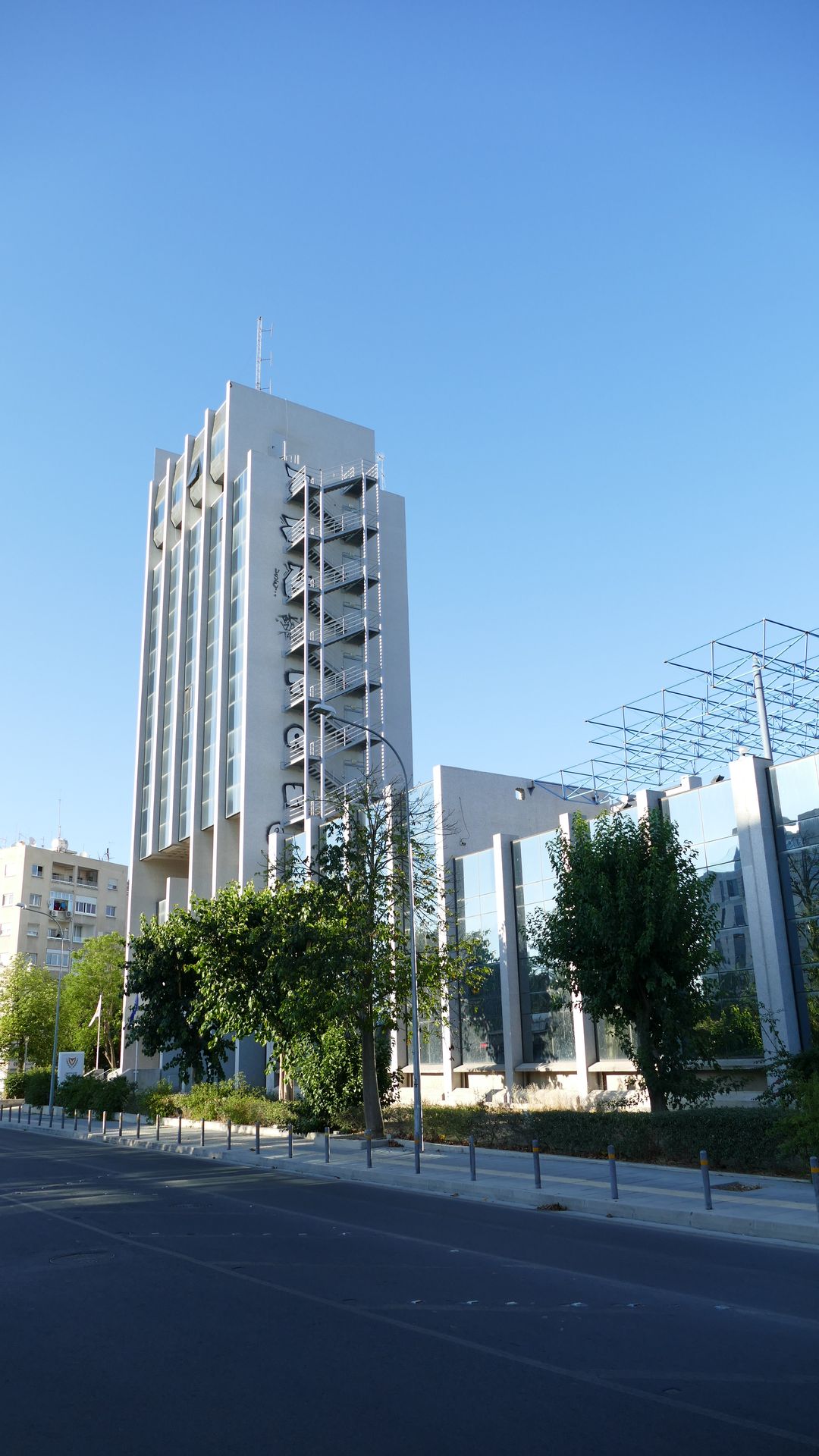 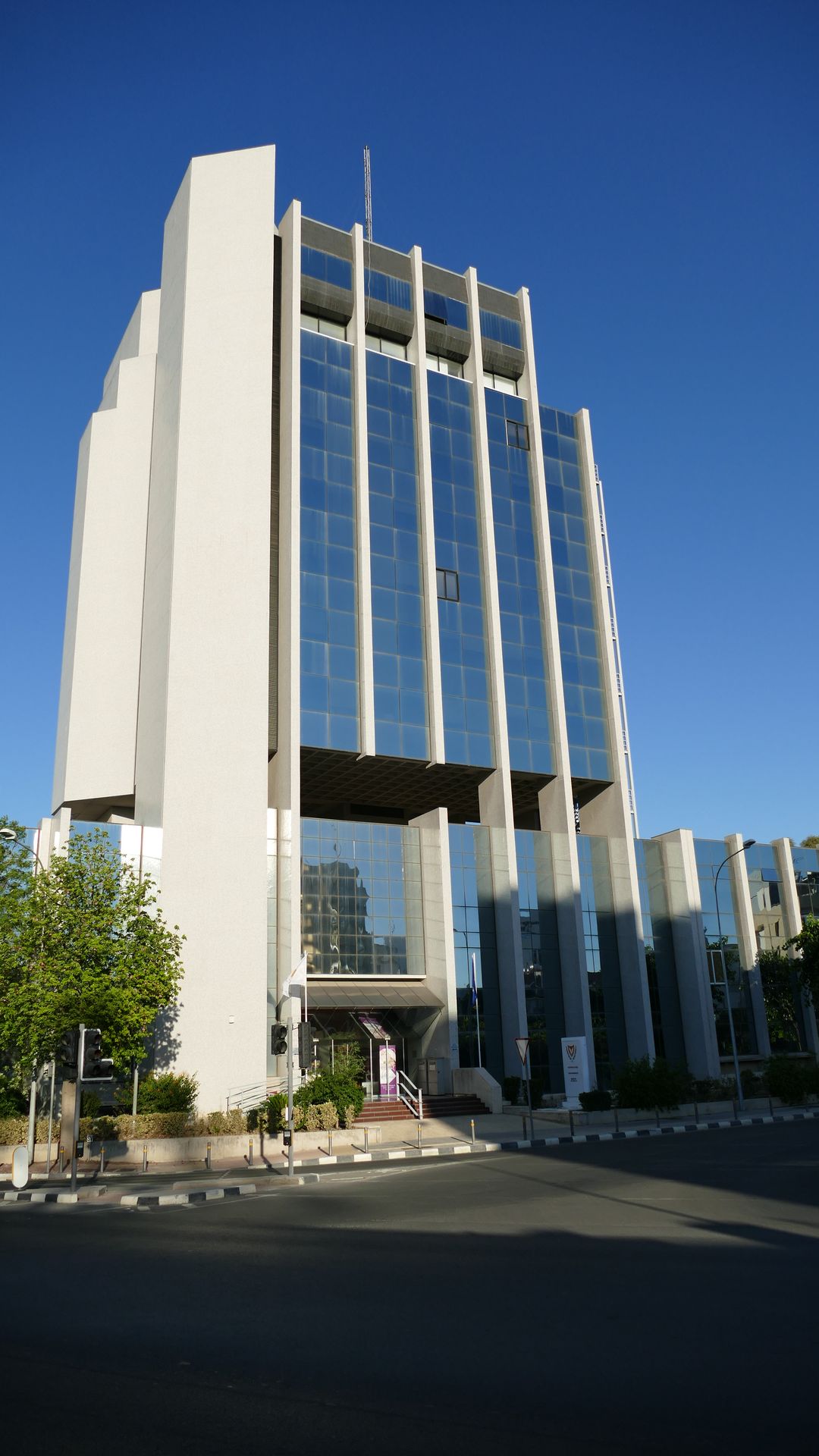 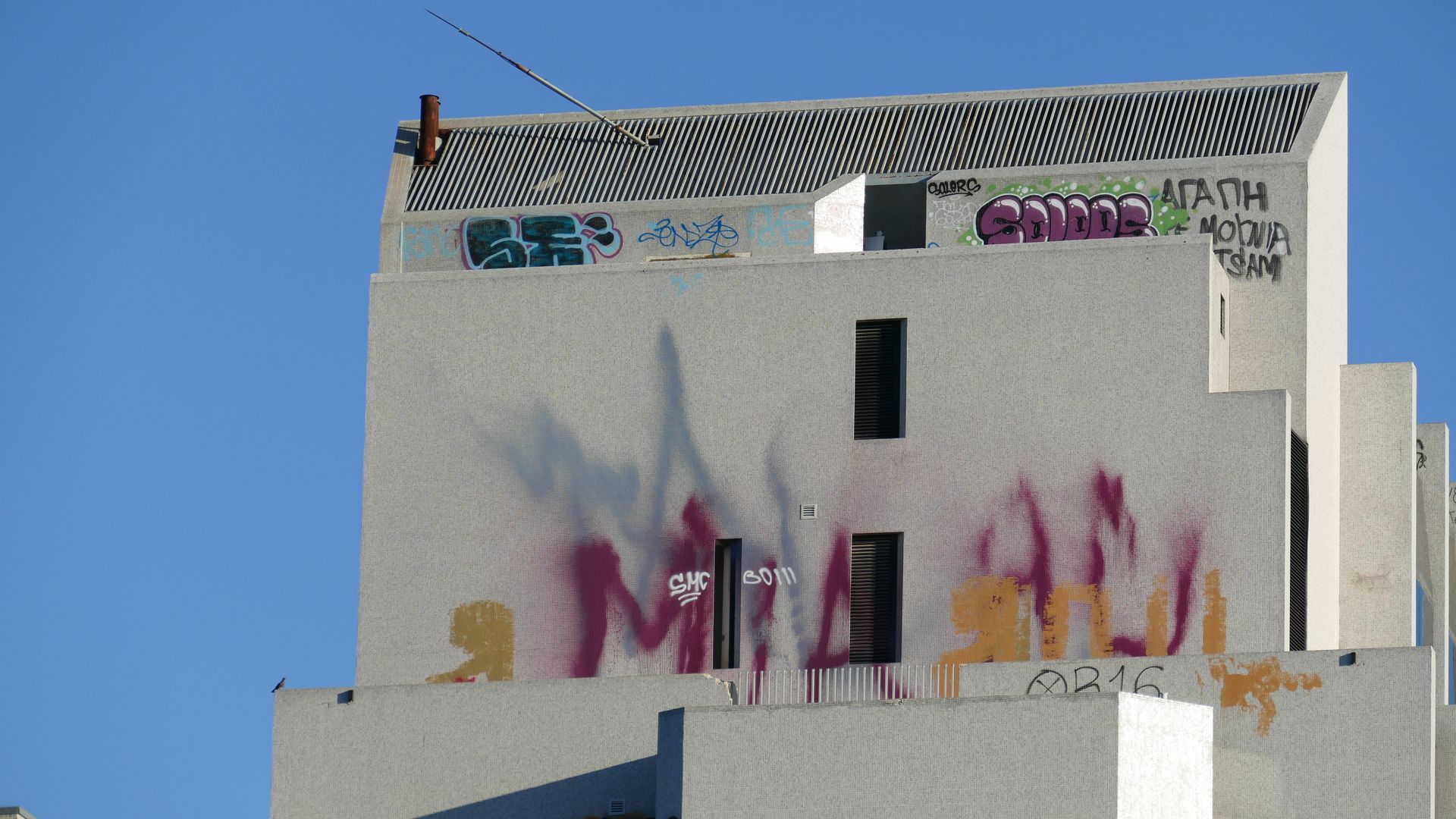 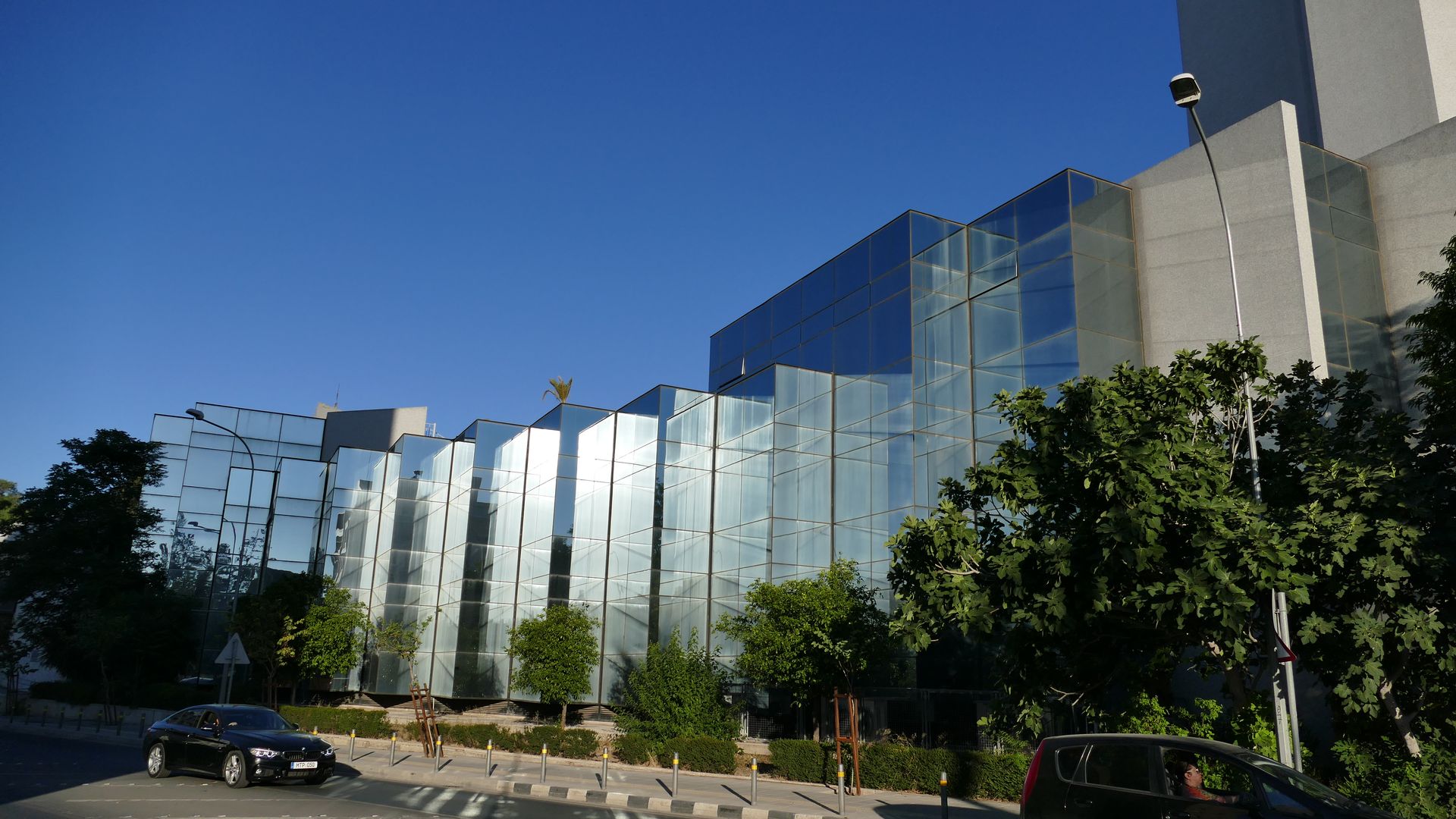 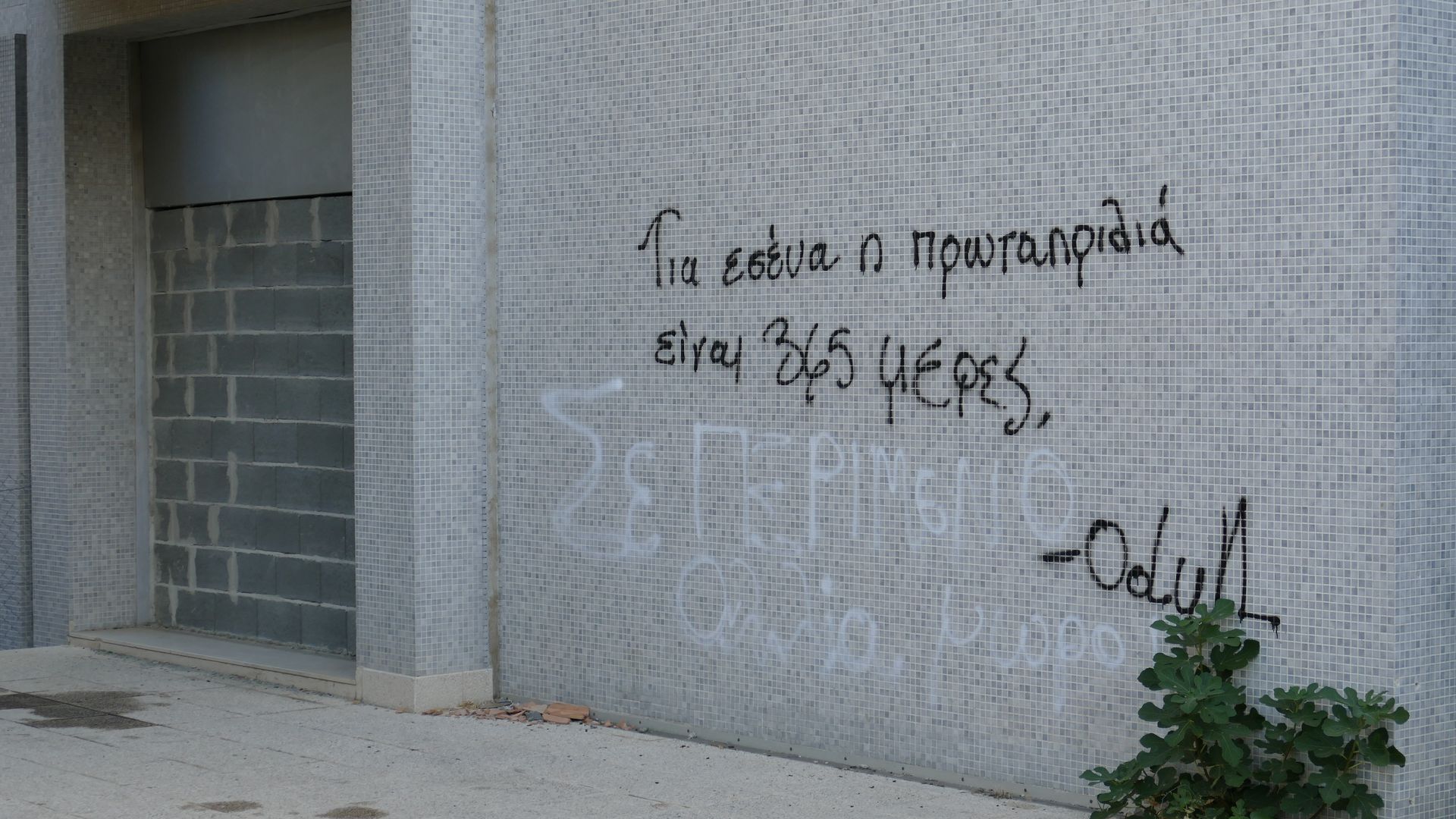 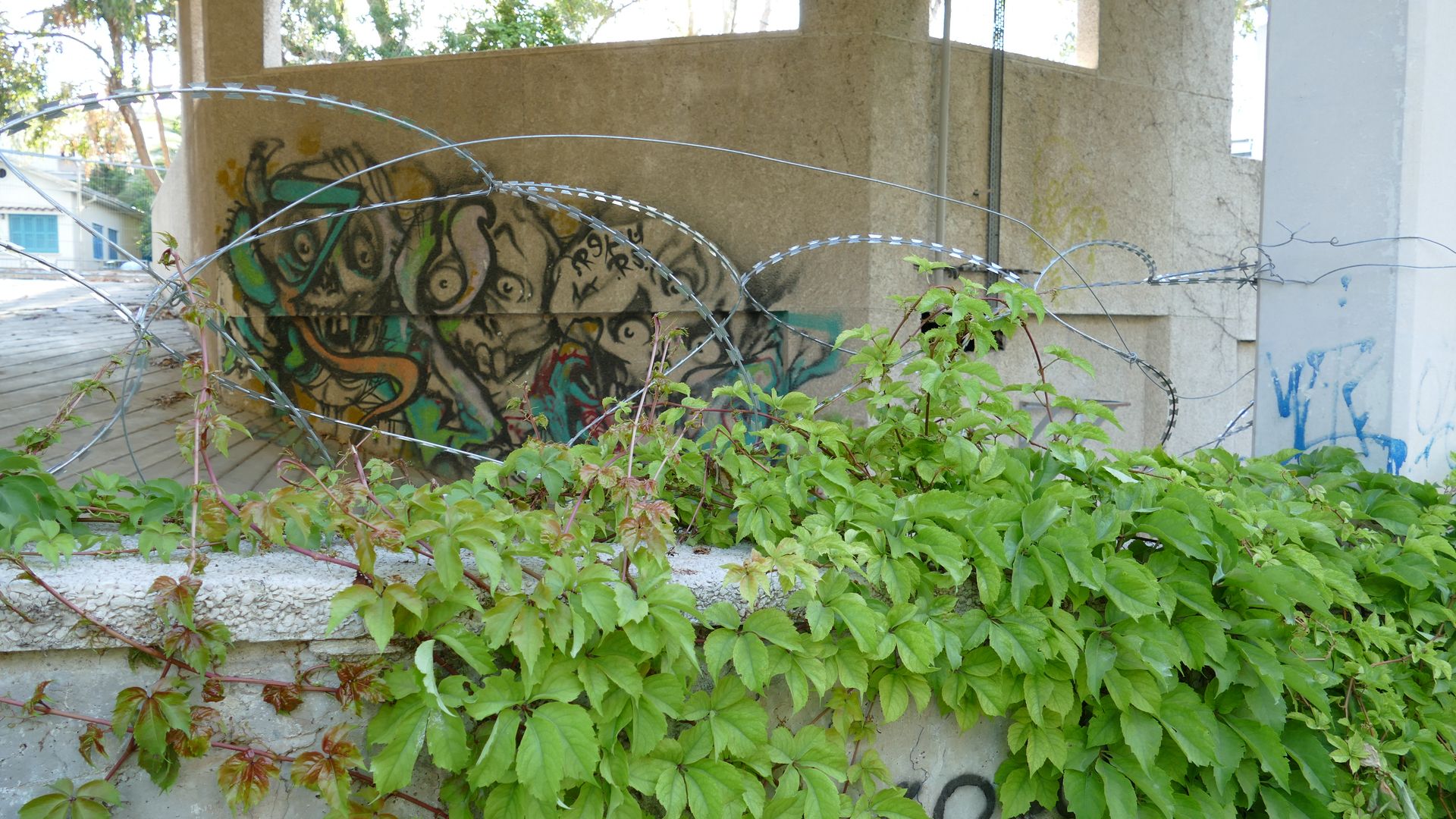