Petr Šedivý, the sculptor, created several works for the Prague metro. However, the most famous design is the fountain ‘United Europe’, which was finished in 1981 for the Jiří z Poděbrad square.

The inspiration for this project, according to Šedivý, was the project of the General Peace Organization – ‘Peace Treaty in All Christianity’. This project was initiated by the Czech King Jiří z Poděbrad. The theme and decorations of the libretto – “Jiří z Poděbrad – Czech King” correspond to the specifications of the metro station.

One of the most interesting aspects of its design is its metaphorical sculptural realization of the extruding ventilation cylinder that sits in that same square. The vent is located in the immediate proximity to the monumental fountain and the metro building. These two particular pieces of work have served as a visual inspiration for several artists, of the current generation. The works of artists such as Philip Topolovac, Epos 257 and Pavel Šebek were influenced by the Sculpture.

Unfortunately, these structures and spaces are in a poor and dilapidated condition, and the impending restoration of the square is being postponed repeatedly.

1981 Not recognized as heritage

Transcription
One thing caught my attention, you are local.

OK: Was the fountain United Europe personally important in your life, meant it something for you?

JP: Importance is relative, especially when it is personal, because that is for everyone different, nevertheless, I live close to the fountain and I lived there as a small boy. If I remember correctly, the fountain was unveiled ceremonially in 1981 or 1982. I was three years old. The fountain was brand new. Of course, I don´t remember the unveiling ceremony, but I remember the period several years after. At that time, it was new and nice; at the square, it was like an apparition, because the square was little bit grey and this was something new and I remember that as kids we went there to take a bath. So, I remember it very well.

OK: Have you noticed during your life any change in the perception of the fountain by people?

JP: I think that quality of the fountain changed during the time and it changed the perception. If the fountain has been in proper state, there would be an interest even in present days. Nevertheless, the fountain suffers from the state of the square Jiřího z Poděbrad. There is an intention to revitalize it and the revitalization is planned I fact from year 2000 when an architectonic competition was announced and from all the proposals one was selected. Even in the year 2002 when there were floods in Prague, in this year before floods, the construction works already began and it was planned to remove fountain as part of the revitalization. Nevertheless, the revitalization wasn´t realized event there was construction company already prepared, it was justified by the claim, that money are needed to remove damages after floods, the story is more complicated and I don´t want to burden anyone with it now, therefore the revitalization of the square is already planned for nearly twenty years and it is to be realized any minute. After some protests, the intention to remove fountain was changed and the fountain will be part of the revitalization, the processor of the architectonic solution, who wanted it to be removed, and counts in the fountain as a part of the revitalization on the basis of public´s reaction. Nevertheless, as we are waiting twenty years for revitalization of the square which should start soon, but is not starting, so all the big investments are postponed for almost twenty years and I would say that even maintenance of the square was neglected and it is visible on the square and fountain. So as I said, at the beginning the fountain was attractive and new, now there is barely some water, not talking about jetting it. The technical state is not acceptable and it is not attractive enough. I wouldn´t let my kids paddle in it what I did as a boy. So I feel sorry for its condition.

OK: How did you perceive the reaction of people who even wrote up a petition for saving the fountain?

JP: I welcome if people join the discussion. The opportunity to join the discussion was repeated during these twenty years and I think that the public didn´t feel like saving the fountain and then they started to defend it and at that time the fountain was incorporated as a part of the square again. I think that participation in this case worked very well. People spoke up, they wrote up a petition. I have to mention, that I wasn´t a mayor at that time, I am a mayor for three months now. But I have observed the situation and I went to public meetings where it was discussed and even when these meetings were tense, it worked in my opinion. Simply, people had some interest, they started to push it, they spoke out and the fountain was incorporated back into plans; that is absolutely right.

OK: And the last question, have I understood correctly, that there will be a new project documentation for revitalization of the square Jiřího z Poděbrad?

JP: There is an architectonic study for the revitalization of the whole square and the study as it is in process it takes in consideration several aspect which it didn´t considered before, because many changes happened at the square during these twenty years. Firstly, the interest in the fountain emerged, that is the first change and very popular farmer´s markets appeared. Twenty years ago, no one anticipated something like this, now the study implements markets and there are several partial changes, starting from barrier-free access to the metro, ending with greenery adjustments. It means that materials for another public discussion are prepared and after reaction, the construction documentation will be prepared. It means that we are still thinking on ideological level.

JP: Thank you for visit.

Transcription
OK: The first question, that's probably very general, what do you think the United Europe fountain is important for, what is specific about it?


PK: What is significant and how specific it is are probably two different things, but it is certainly important in three things. It is primarily a proof of some gesamkunstwerk from the construction of the Prague metro, which means that the Prague metro was not only intended as a purely transport construction, but was also intended from the beginning as a place that creates a new type of public space that will be significantly aesthetized and having huge impact on a huge number of people. So it's actually the result of modernist thinking that art in public space will somehow positively influence the behavior of those people in public space. The second thing is that the local people can already use it. The thing is already so ingrained in that place that we see people sunbathing there. It works with all the architecture around. This means that it is a horizontal thing that does not complicate the view of the Church of the Sacred Heart of the Lord and that these people can live with it. Which means that if the goal was to create something for people, it really worked. And the third thing is that it is a period document, I would say of some quality sculptural thinking.


OK: So if the idea is to tear it down or have it moved somewhere, do you think it's possible or impossible?


PK: So clearly I'm against. How do I say… Against, against.


OK: And any reason why you would be against the one you mentioned?


PK: Like this… I'm not in favor of preserving the city. After all, the city has to develop, Jiřího z Poděbrad Square is proof of that, there are several layers - from the 19th century to the present… But the point is that every new project has a quality to replace the older lower quality… And in this case what the project from Melková and Cikán (MCA atelier) proposes is simply not a progressive solution at all from my point of view. The fact that they even approach it as if in the nineties, in the style of some late minimalism of the 90's, is from my point of view… I will use the term, or maybe it’s stupid, or yeah… It is fascisoid approach… You subordinate it to some vision by making a tabula rasa and then putting some rectangular coordinate there and you assume that the way it looks on those visualizations, that it will work in real life. In fact, such a place has several layers, and that is why people feel good in it, and that is why it is natural to go to lie down on those lawns. Which some parks and some places do not evoke this feeling that you can afford to enjoy it, while here, those users from Prague 3 or from Prague in general, can come there and can use the place and feel natural in it. And this is due to the fact that it is in many layers, that there are the well-trodden paths, that it is actually a more complicated structure. To top it all off, you're actually driving those people out. Another thing is that in my opinion the main reason why the fountain should not be removed is that it is actually the extraction of that area. The fountain does not generate any money, nor can it generate, so an area that could be leased instead, could be rented out to some Trdelník store or a stand… So one of the main reasons why these projects are going is also the huge pressure to privatize that public space.


OK: And how do you see the role of art in a subway station today? How does this question arise at the moment?


PK: Like the current one? Well, we actually have nothing to compare… Between 1970 and 1991, when the first part of the Prague metro took place, 126 works of art were realized in the Prague metro, according to my research, there may be a few more. And from 1991 to the present, none has been realized. No artwork. So we can't even compare quality because there's nothing to compare.


OK: Last question, how do you think the protection of these elements in public space should be ensured?


PK: Ideally, this should be defined by the state, through the Ministry of Culture and its advisory bodies such as the National Monuments Institute, or, for example, Prague conservationists. But the problem is that we live in real capitalism, where these institutions fail completely in contact with a strong aggressive player, such as a developer or some private institution trying to privatize the public space. So, if I say it as sadly, even if the Máj department store is a cultural monument, it will still be demolished in the near future, or it will be exposed on the supporting structure and the mantle will be replaced by a glass facade, even though it is a cultural monument. So not even though something becomes a cultural monument, in real capitalism does not ensure that it will be protected, because the pressure and economic power of those strong players is so superior to any decision or democratic negotiation about the city that it is not even possible to talk about democracy. 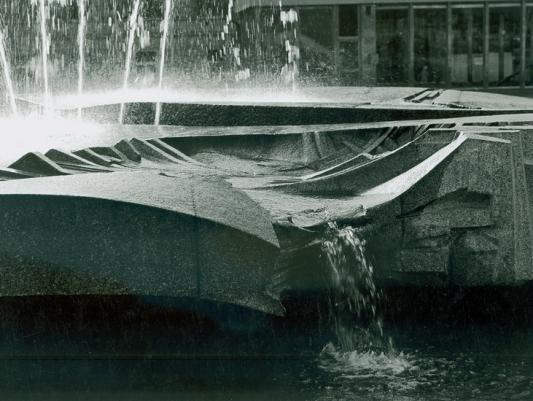 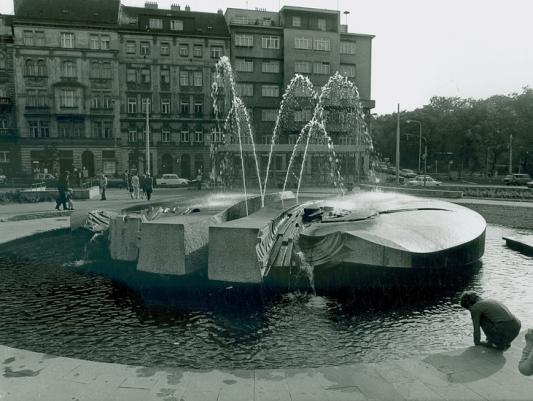 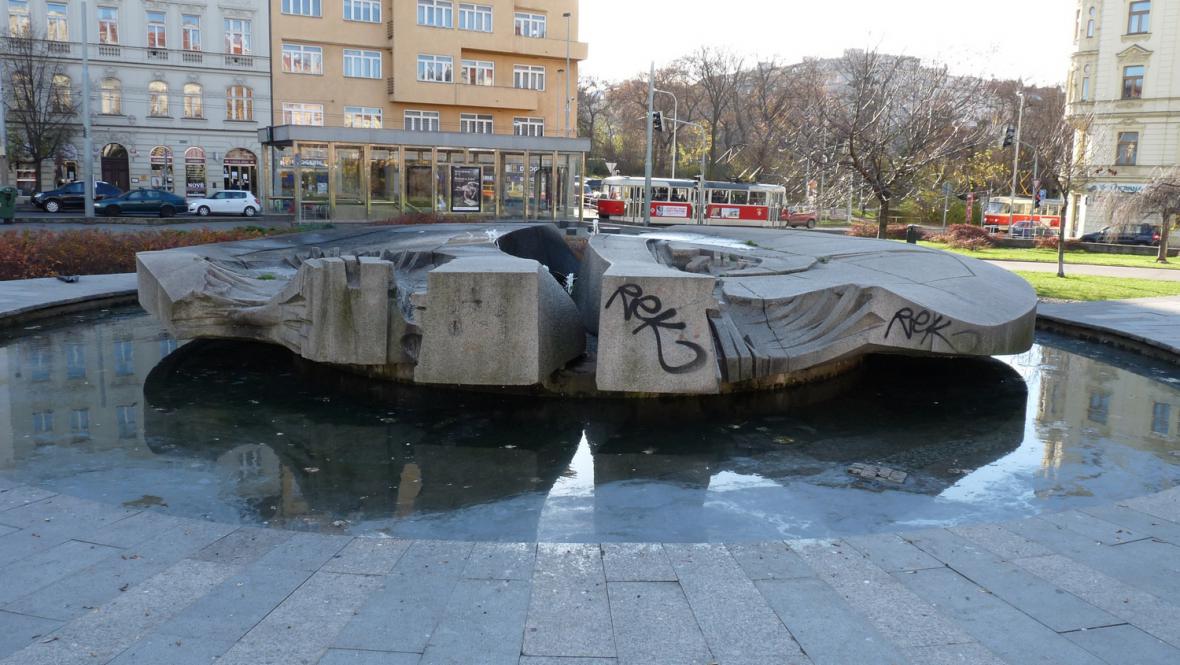 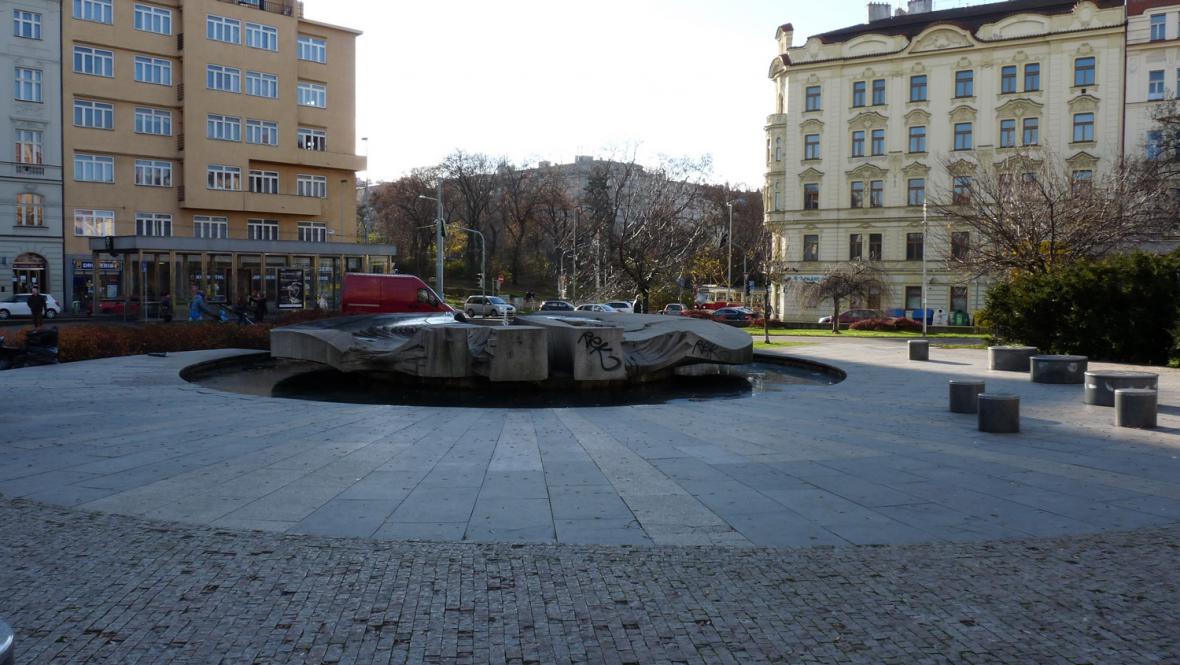