To approach Vila Rafut today, one must first commit a trespass and then manoeuvre through the bamboo invasion on what was once a carefully cultivated Rafut’s Park, only to arrive at the villa that faces the Park’s out of scale vegetation with its four blank facades. Recently (May 2018) filled in (cemented) windows and balconies were originally numerous and diverse in character, scale, and detail. As if Laščak’s intention was to create a dynamic Oculus focused on the exotic plants imported from Egypt that were never seen in Gorica’s habitat before. What sight would omit from the lower floors was covered by the minaret-like tower that supervises the region. Nonetheless, the villa of today is a bunker that restricts unwanted visitors from roaming around its interior. It is a viewless palace in nobody’s Eden.

But let us uncover the site’s anomalies further. The architect of Slovenian descent proclaimed himself Friulian. In the same self-defining manner, by constructing Rafut’s park, he inserted a sovereign Orient estate right in the center of a multiethnic territory. Be that as it may, this “immigrant” Oriental state-in-a-state outlived all three “native” regimes of the time – the Austro-Hungarian Monarchy, the Italian Kingdom, and the Socialist Federative Republic Yugoslavia. The property still stands right on the border separating the Republic of Slovenia and Italy.

Paradoxically, the common depiction of the villa is that it does not fit the local context. The fact is that the local context transformed numerous times, but the villa’s peculiarity remains the same. The villa was constantly regarded as the Other in relation to its surroundings; Rafut’s park has been continually named a place out of place.

What created the villa’s peculiarity? The villa’s peculiarity was created when the local cultures, overly concerned with establishing fixed identities based on the differences, all agreed that they have a foreigner in common. If they have a foreigner in common, they are united in the notion of sharing, which brings them closer together. The villa introduced the relativeness of identity in the region, and the paradox of diversity repulsing diversity.

Forty years after the completion of the villa, a brand new modernist city of Nova Gorica urbanized the area. The continuity-break executed by modernists equalled in the manner the intrusion that the villa’s appearance caused in the region. Both acts have in common the treatment of the existing context – it was not to be replicated or imitated; the context was to be created and recreated indefinitely. The context does not rely on one’s superior identity, it relies on the multitude. But it seems much harder to identify oneself with the ever-changing multitude than with the fixed identity, even if it is fictional. How architecture works here is by interrupting the established preconceptions.

And as the city set the standard for the new local context, Laščak’s villa kept its alien status. It may be because the city was contextualized as a manifest of state-politics, which in 1951 regarded Laščak’s villa as the most suitable in the vicinity by far to host the Central Institute of Hygiene of the Socialist Republic of Slovenia.*

The new function had wrecked the villa for the next 55 years, inserting programs and installations with no regards to the edifice, subtle detailing or spatial concepts.

2018 Ministry for Education, Science and Sports (until 2015), Ministry of Culture

1909 Not recognised as heritage 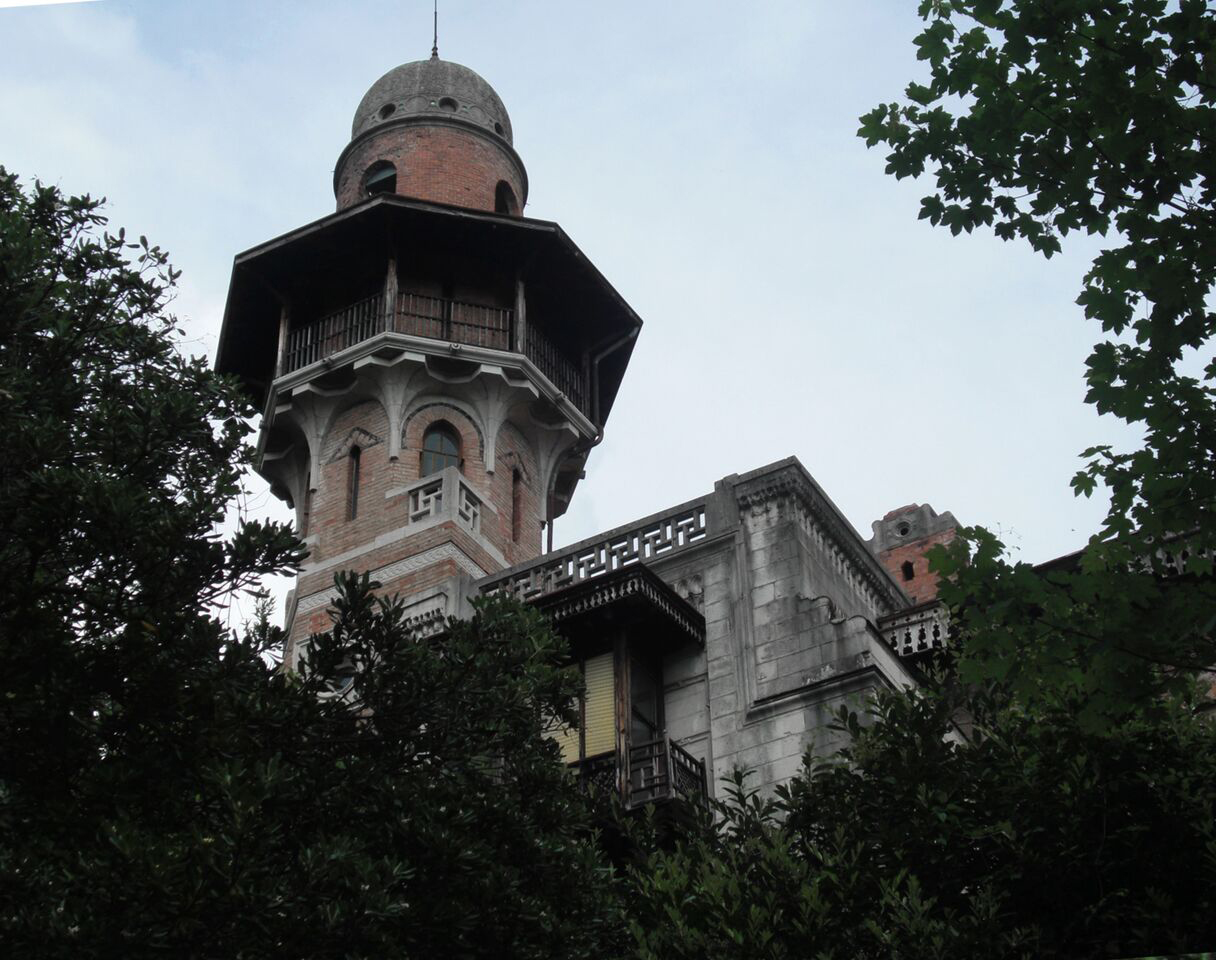 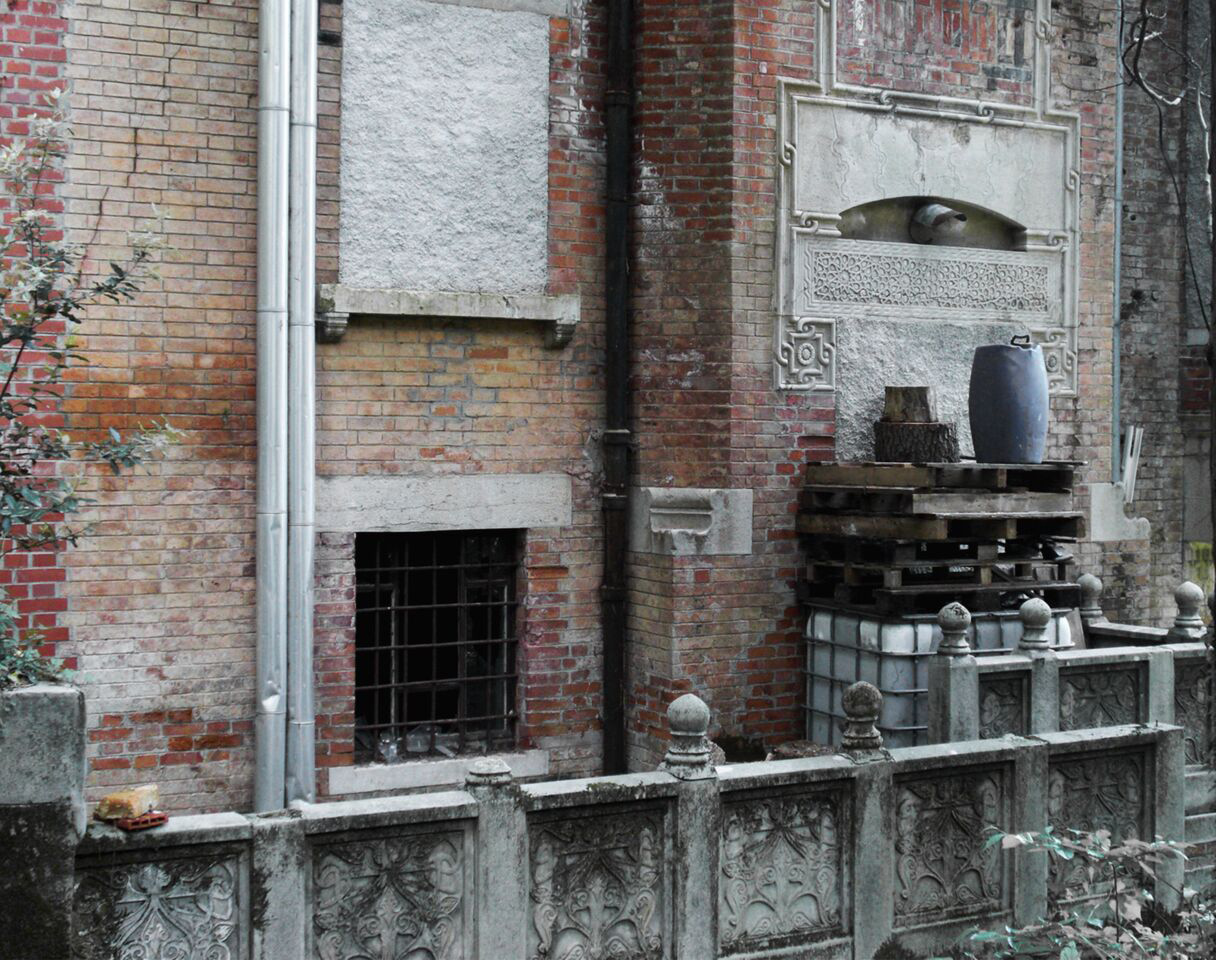 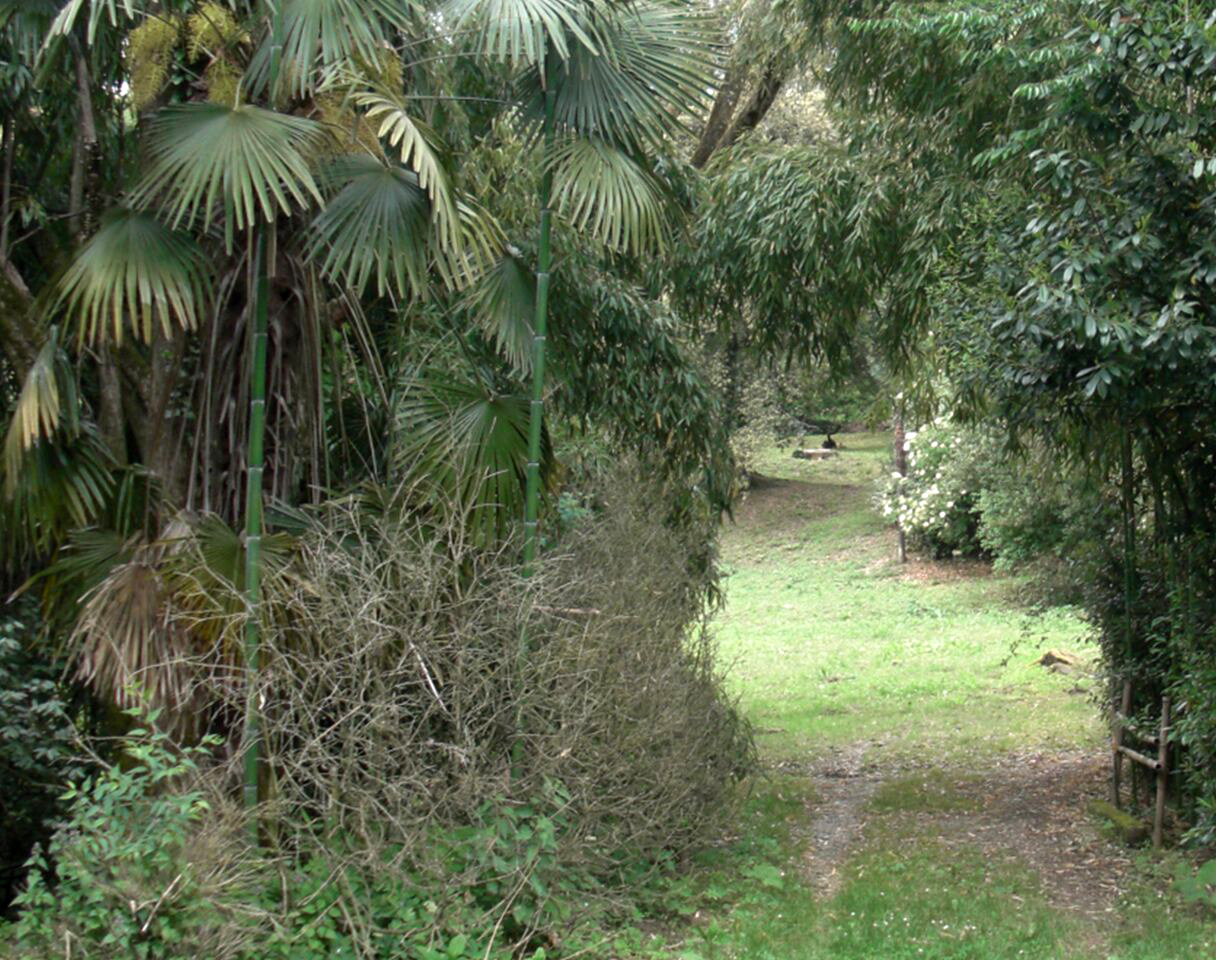 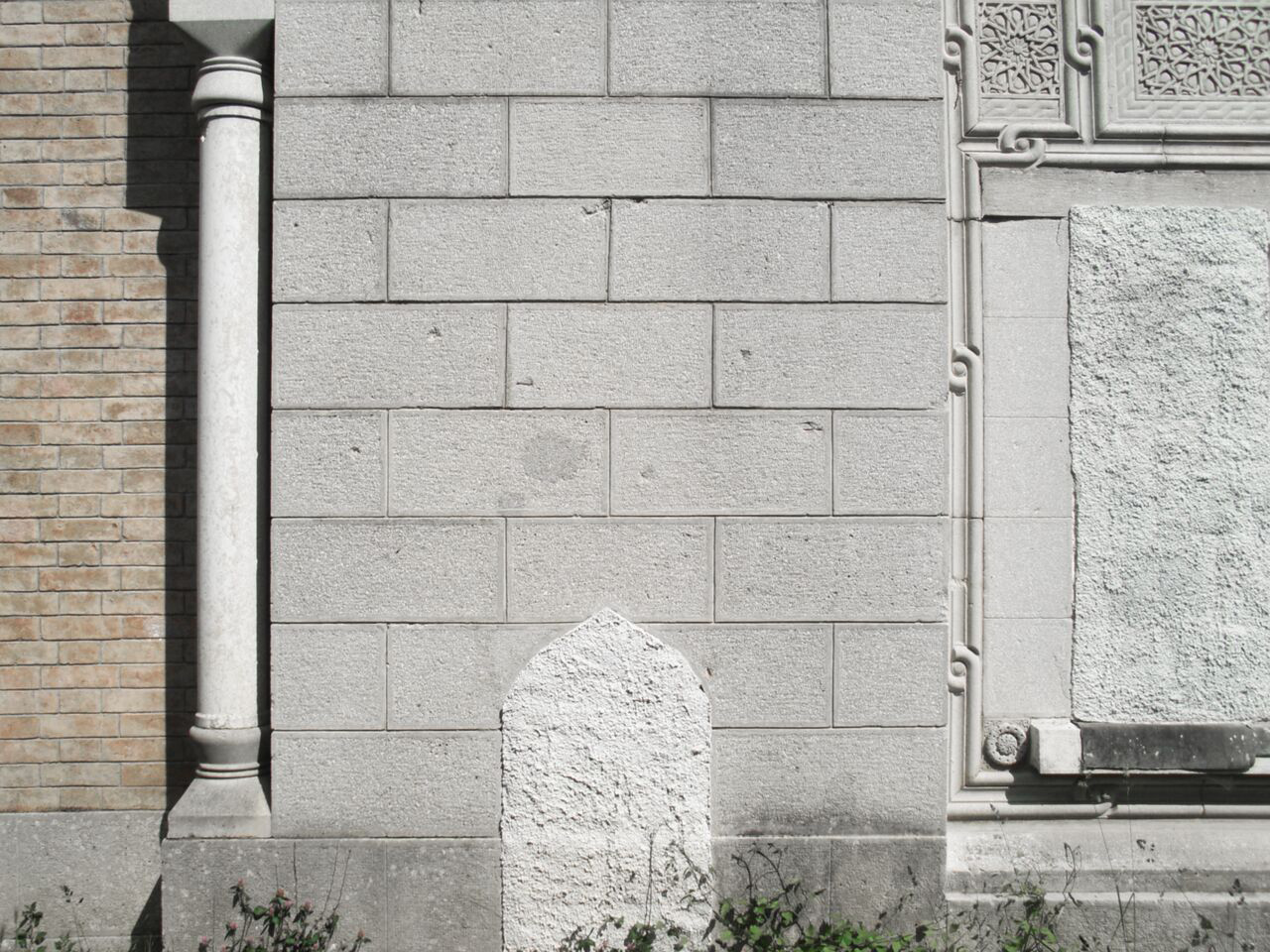 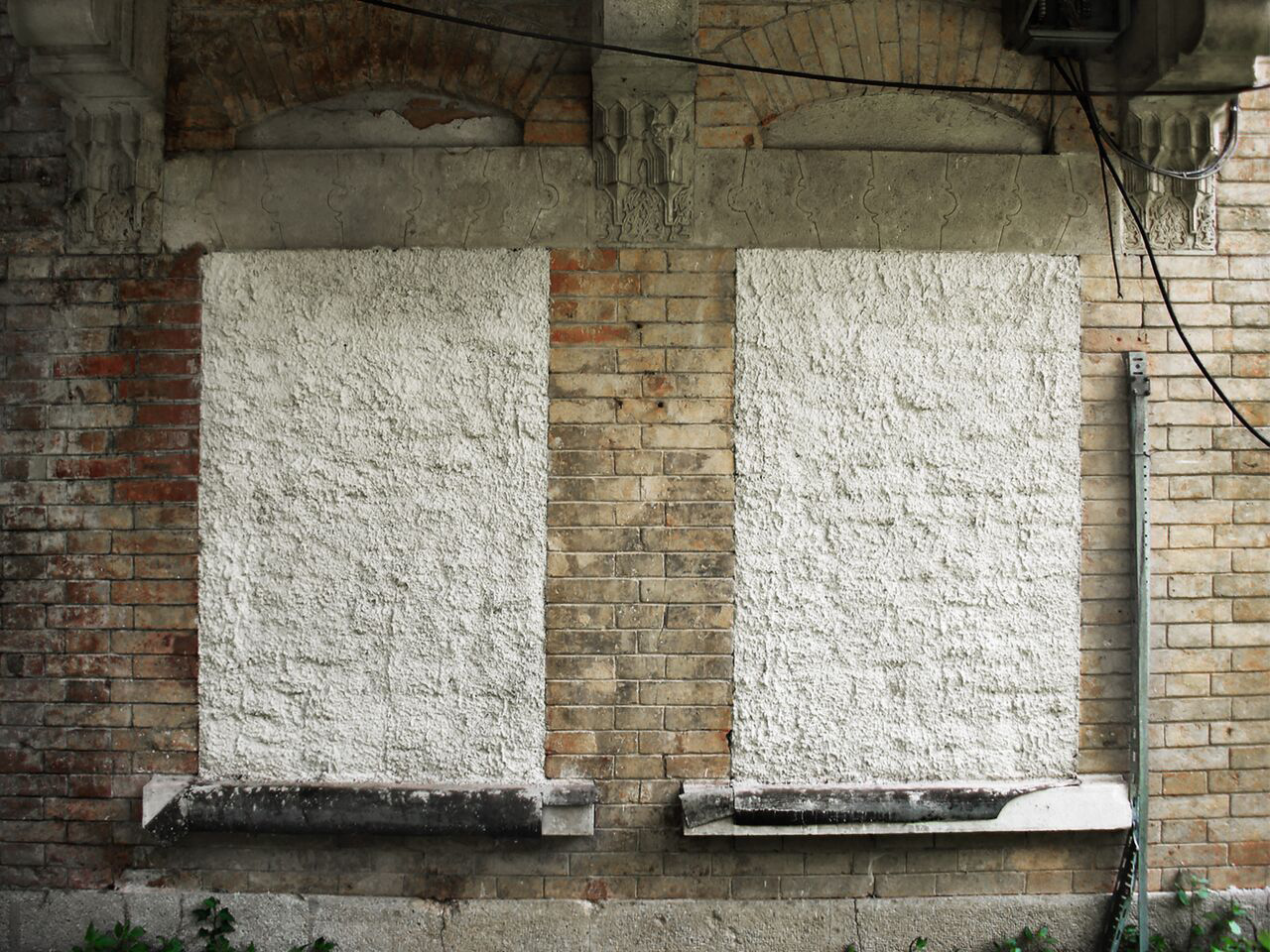 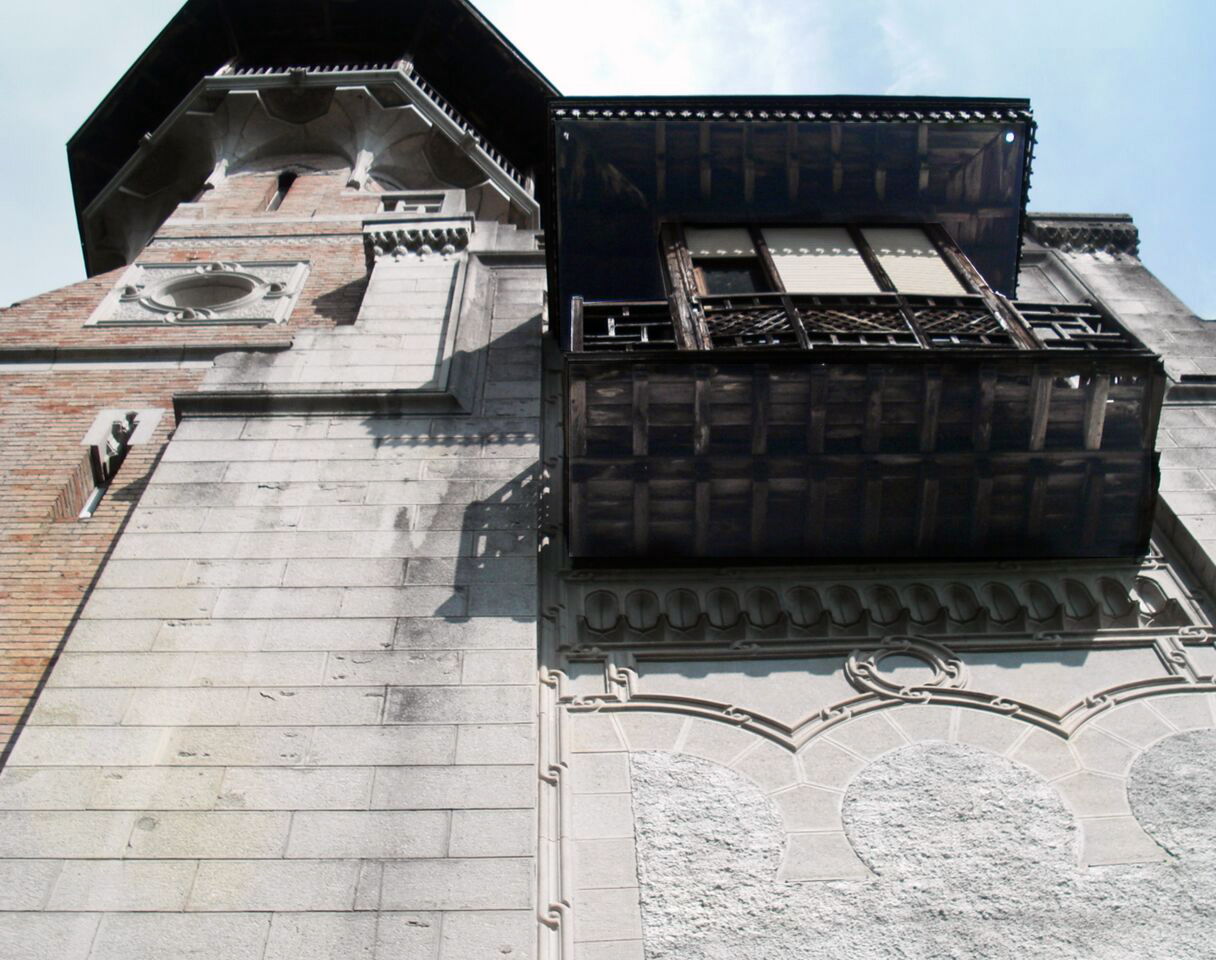 The minaret of the Rafut Villa. Photo: Danica Sretenović / MAPS 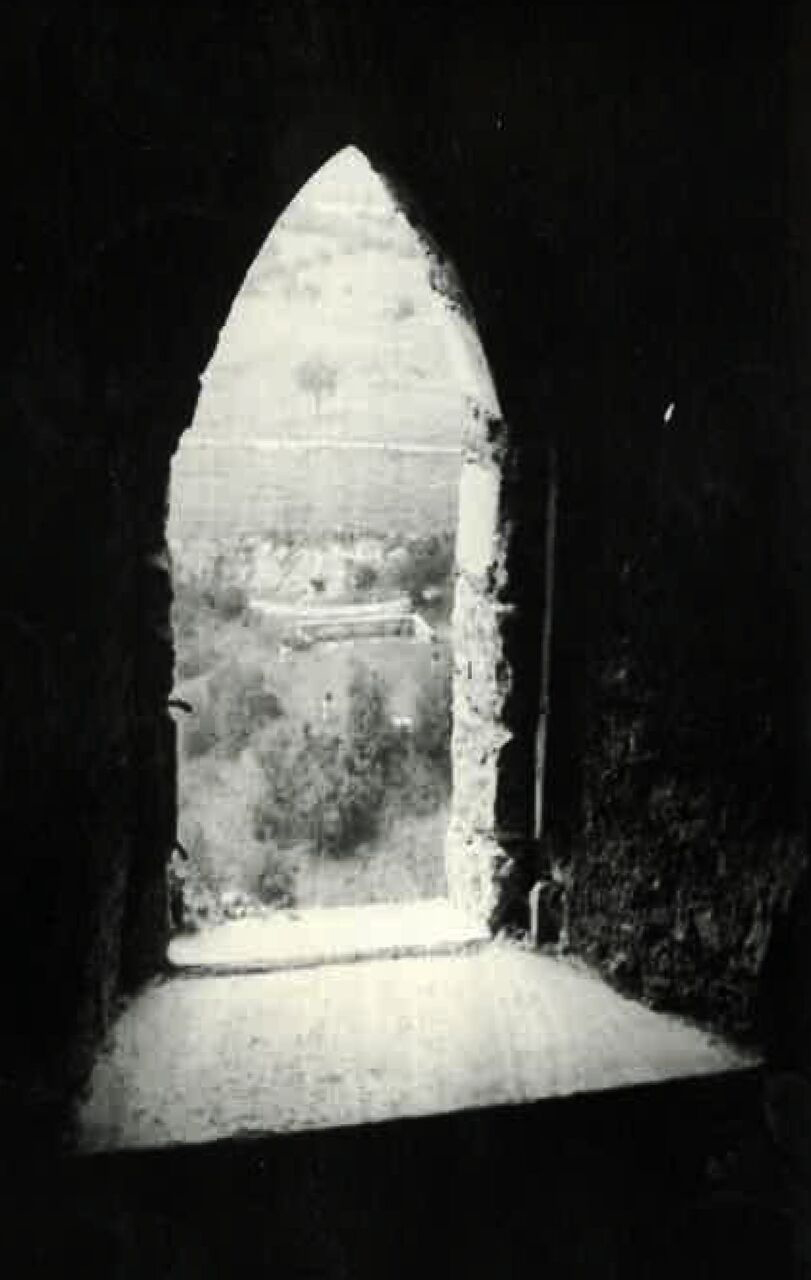 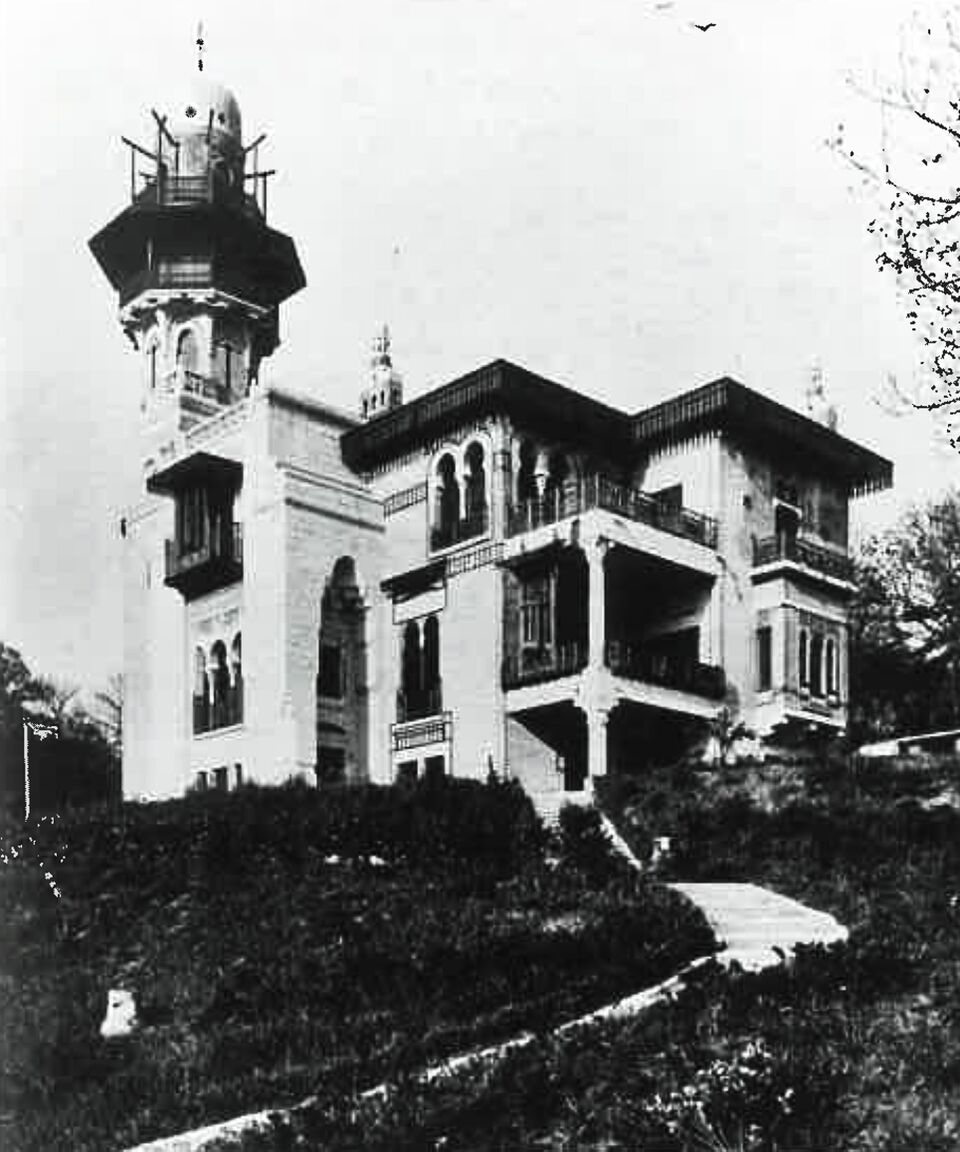 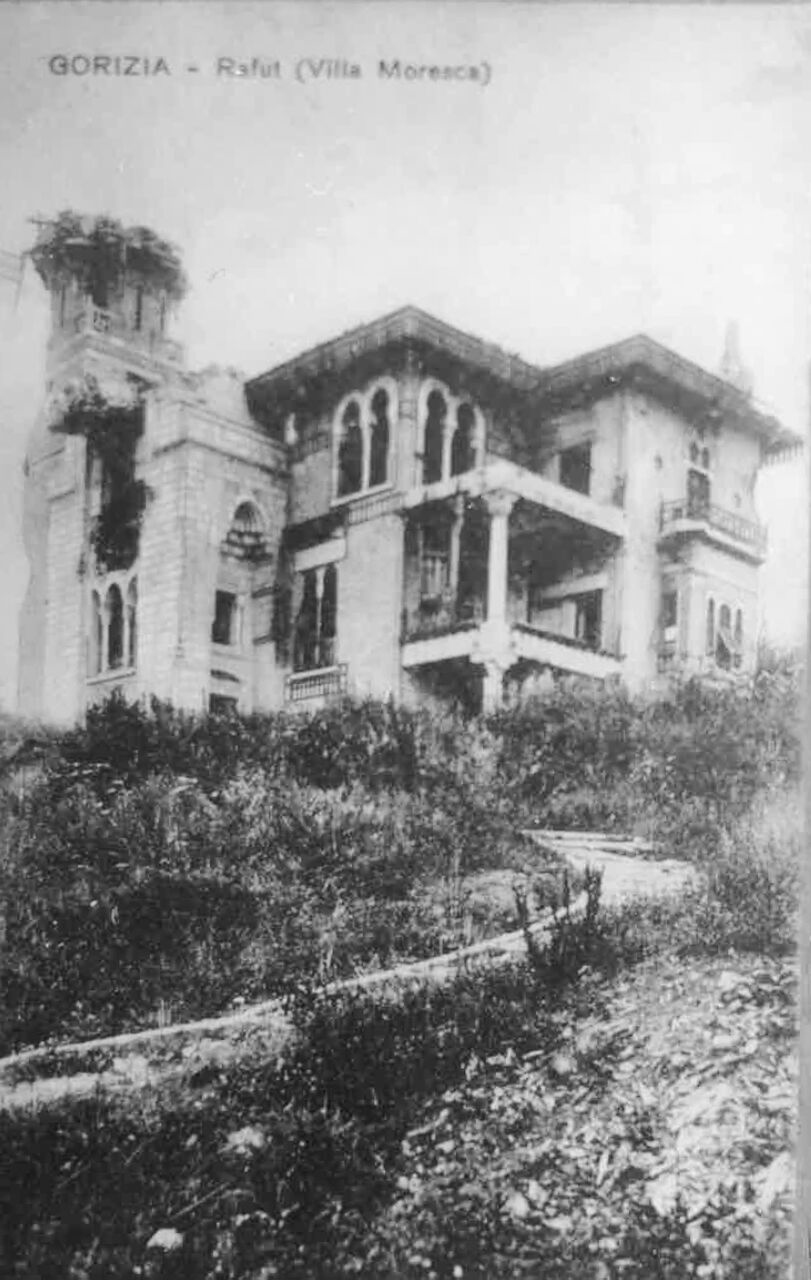 A postcard of the Rafut Villa after it was damaged in a bombing during WW1. Photo: Regional Archives Nova Gorica 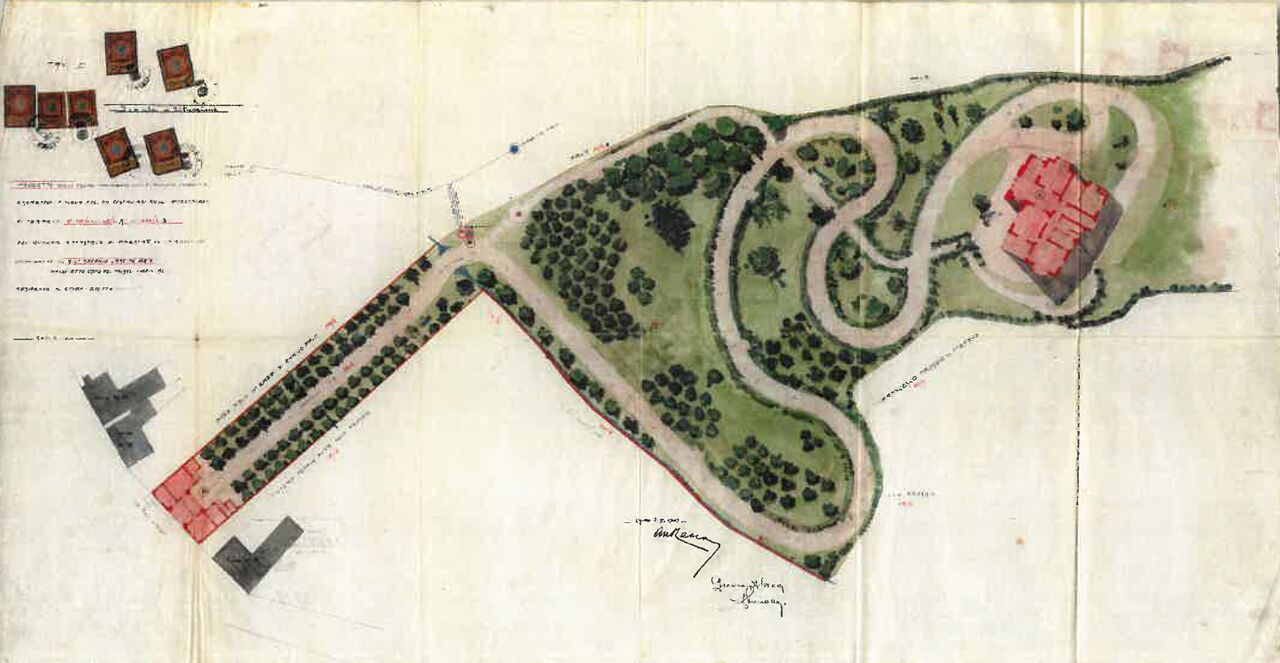