This monument was built on the location where the crucial battle in the Serbian-Bulgarian war of 1885 took place. The battle was a turning point in the war. Communist stories tell that the battle was really fierce, but that the Bulgarian army won. To commemorate the battle, in 1935 a church called Sveti Iliya was built to honour the place. Locals say that it was a beautiful church but unattended after 1944, it fell into decay. Rumours circulate that the communists didn’t want it there so they threw bombs on it.

For the 100th anniversary of the war, a new monument was built. It has the shape of a truncated square pyramid, 20 meters high and each side 30 meters in its widest. The monument is not a closed space although from afar it looks like it is. In the centre of the monument is a bronze statue of a woman – Bulgaria, grieving for all lost children.

Some people call the monument ‘The new graveyard near Slivnitsa’ (the nearest town) it even appeared that way in the tourist guides of the region. There is a poem of the same name by the famous Bulgarian author Ivan Vazov dedicated to all soldiers who had fallen in the Serbian-Bulgarian war. The poem is very touching and its lyrics were used to compose the official funeral march of the Bulgarian army.

The Pantheon is a very interesting and unique monument because of the all red-colour concrete used for the pyramid. In sharp contrast to all the other monuments built in the time of socialist Bulgaria and ex-Yugoslavia, this is the one and only completely red monument. The effect is really stunning, especially for researchers, who had seen pictures of the monument only in old black and white photos.

The monument used to have an important role during and for Communism as every year several big gatherings were held there. But now, due to its remote location, most people don’t know of its existence. There were ideas for reconstruction and reuse, but they failed. 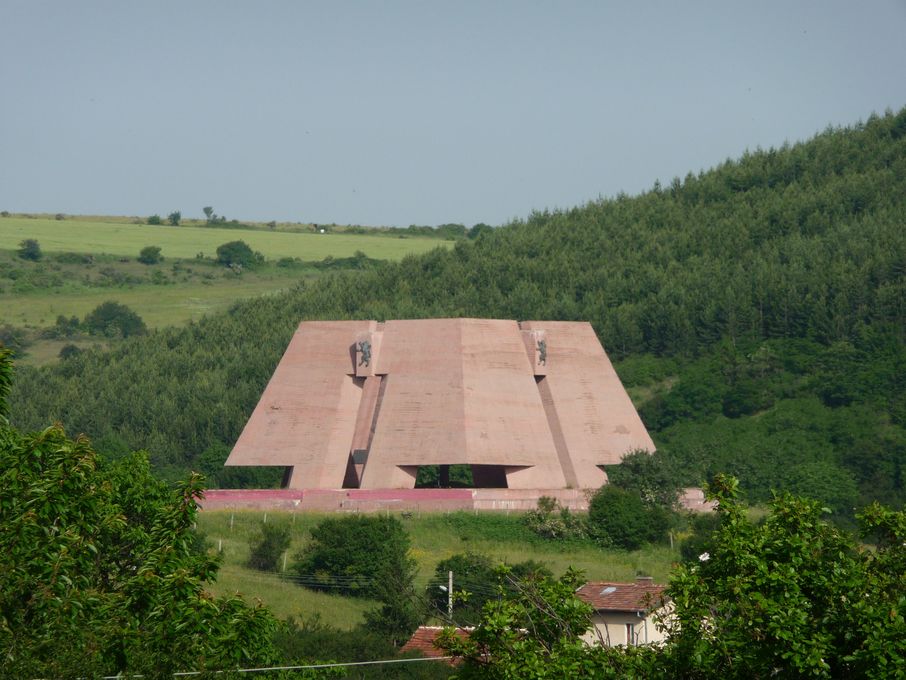 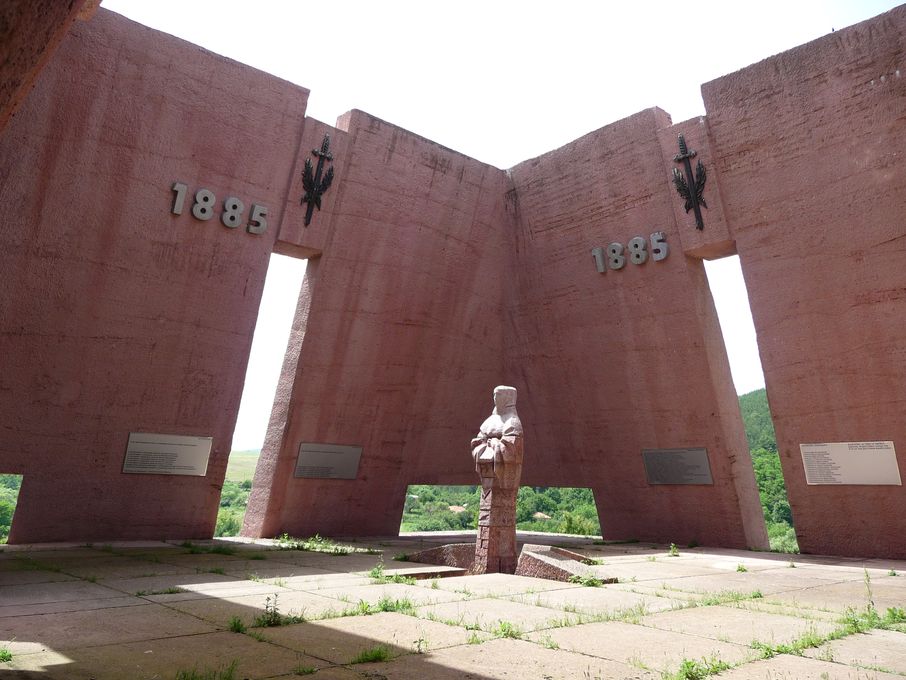 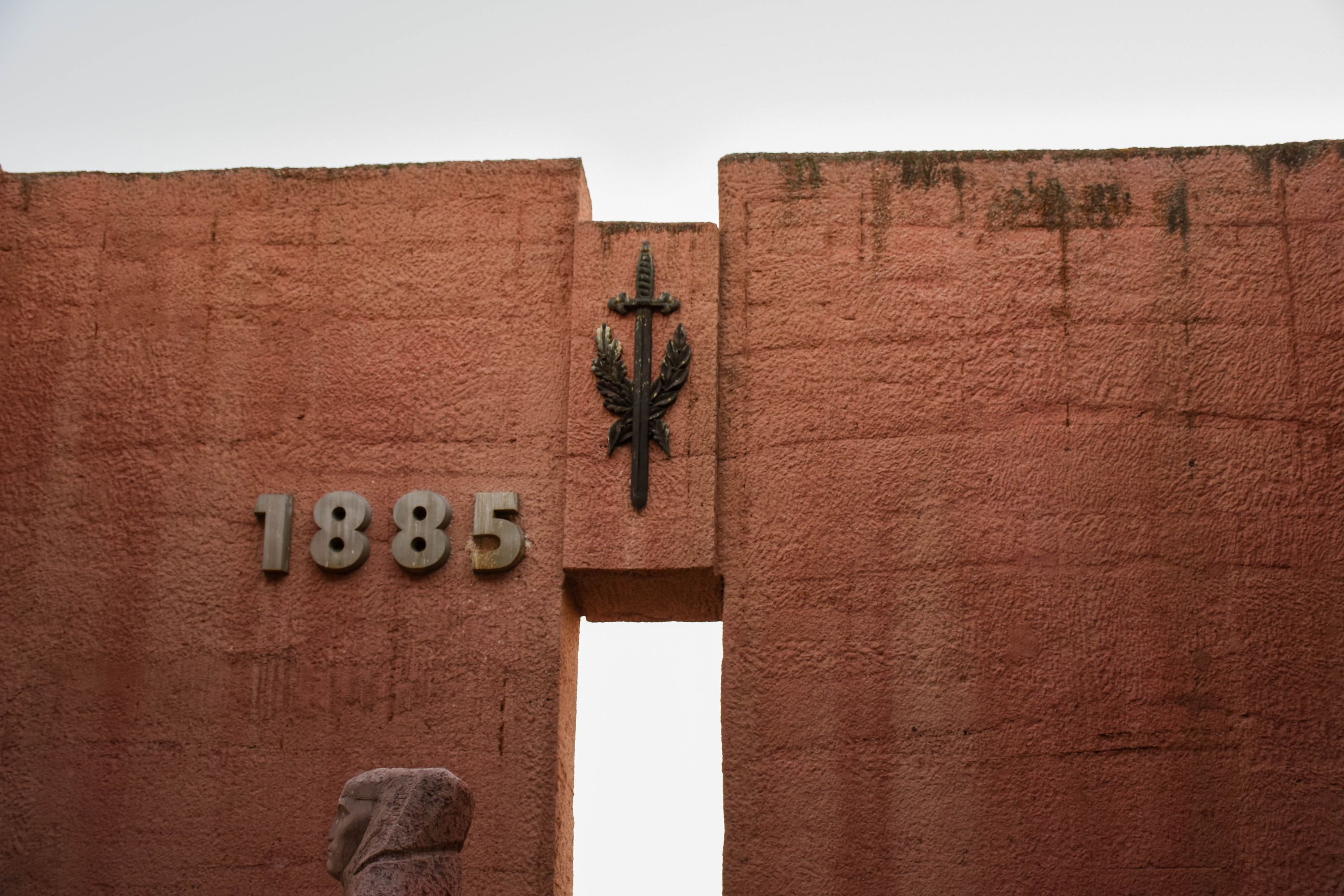 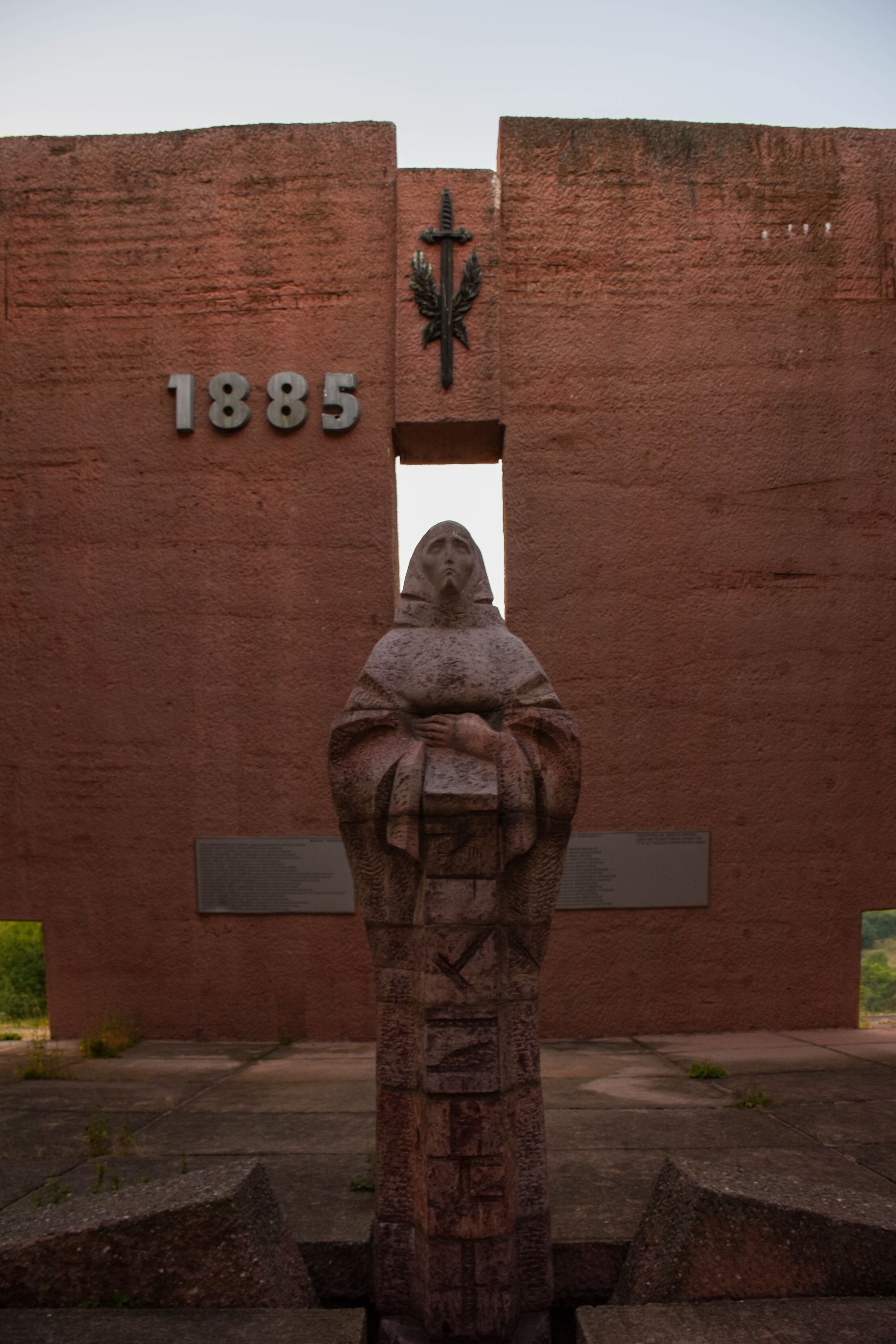