The kinetic sculpture ‘The Meteorological Satellite’ also called ‘The Meteorological Station’ and ‘The Celestial Sphere’ was created in 1978 by Vratislav Karel Novák, a prominent Czech sculptor and designer, who was a pioneer of kinetic sculpture in Czechoslovakia. Novák’s most famous work, The Metronome, was installed in 1991 on an ideologically exposed site – an empty pedestal left behind from the former Stalin Memorial on Letná in Prague.

An interesting quality of Novák’s installations is that whether they are large, dominating firms, or smaller intricate and playful compositions, they often incorporate motion. His installations are usually set in motion by the engine or mechanically, they also incorporate light and sounds through the use of complex mechanisms.

Various components of his designs also interact with their environment. When the sculptures take motion, shadows and projections are thrown on various surrounding surfaces. These well-considered features of his designs add a futuristic dimension to the sculptor’s installations. In some cases, the forms have emitting lights features built into the designs, or they are illuminated, transforming in relation to the natural daylight.

The present condition of The Meteorological Satellite is very poor – it is a danger to the locals in this state. According to the city representatives, the condition of the steel structure is so dilapidated that it does not allow for its repair work to be carried out. Therefore, it is imperative to restrict access to the sculpture and to dismantle it as soon as possible, for the safety of the citizens.

1978 Not recognized as heritage 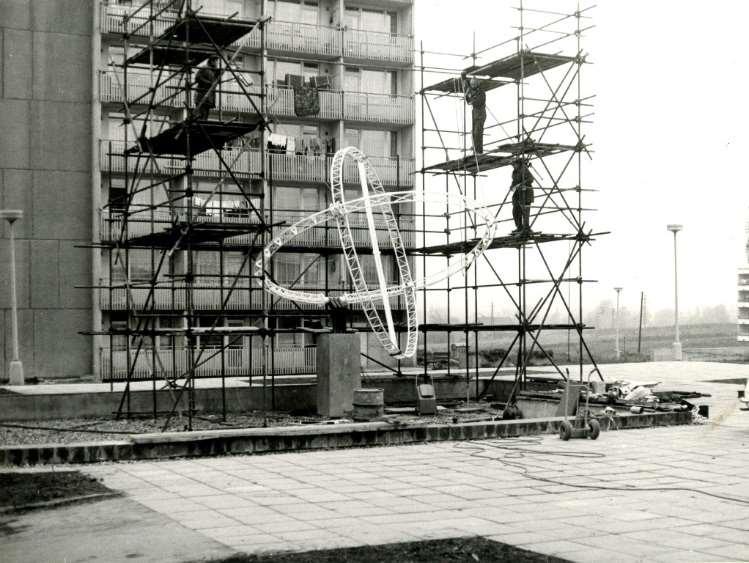 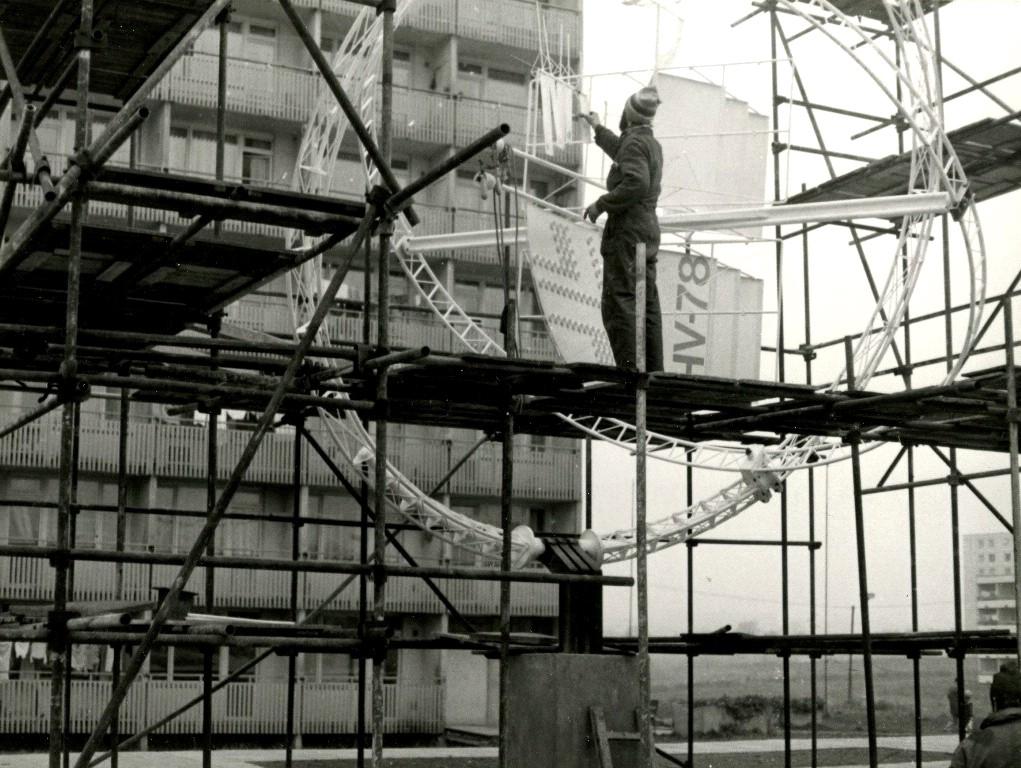 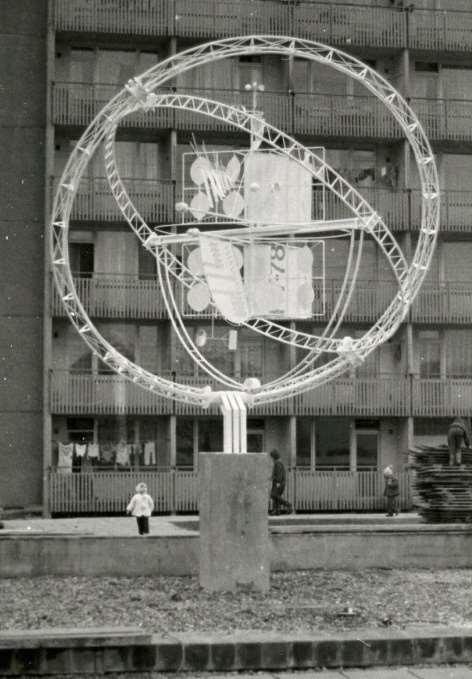 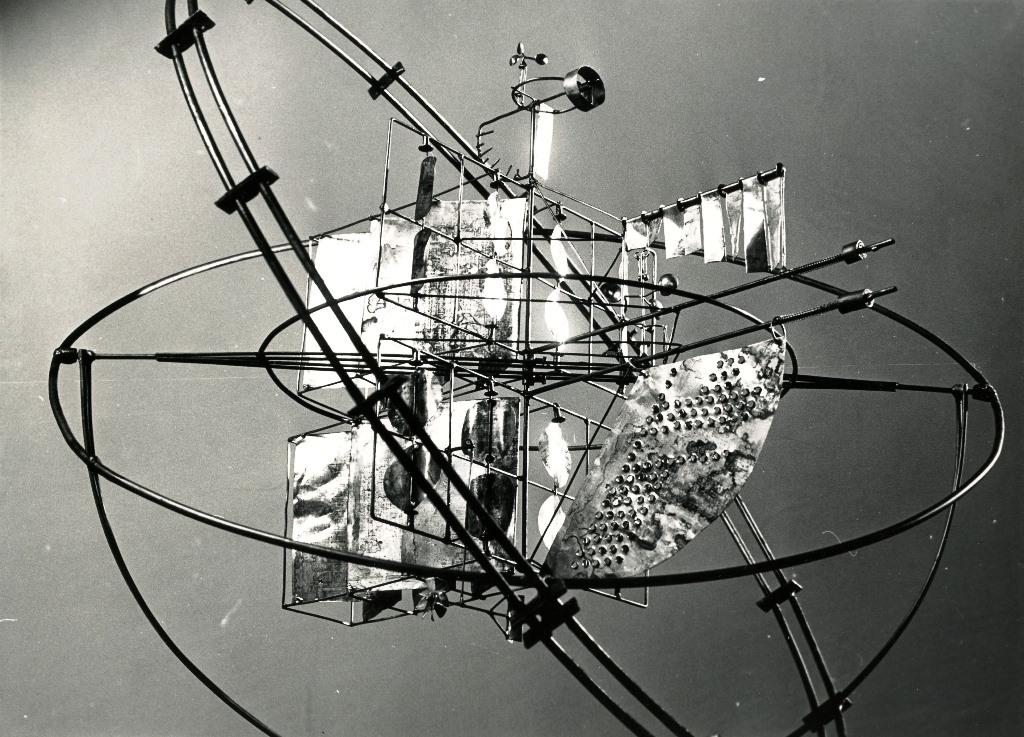 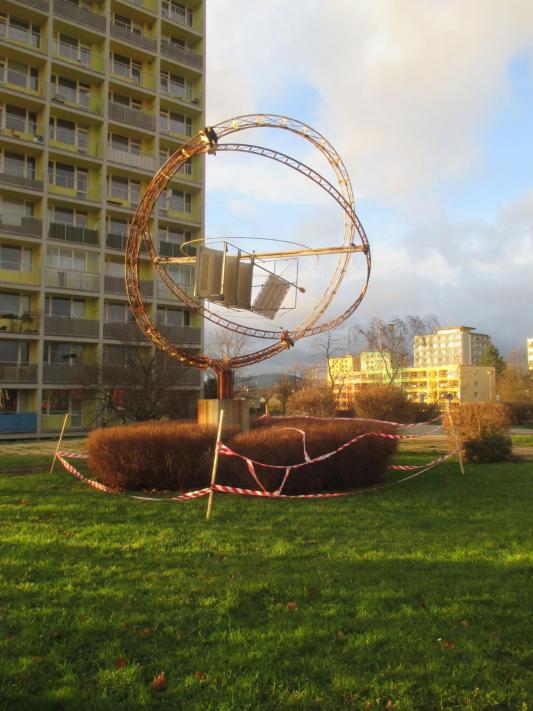 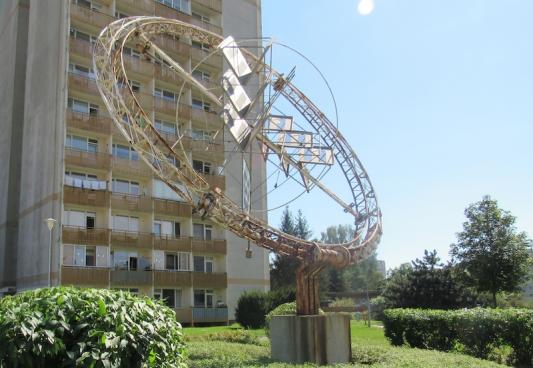