In 1942 Adolf Hitler decided to build six flak towers to protect the historic city centre of the so-called Gauhauptstadt Vienna from destruction from Allied airstrikes. The existing towers in Berlin and Hamburg served as models for the architect Friedrich Tamms. All the flak towers are grouped in twos, with a Gefechtsturm (combat tower) and a Leitturm (lead tower) forming one pair. These pairs of towers are arranged in a triangle around the heart of Vienna’s historic centre, the Stephansdom. Originally, the Nazis planned to convert the flak towers into gigantic victory monuments to fallen German soldiers. After the war, the towers were to have been clad in white marble. Fortunately, history turned out differently.

After the defeat of the German Reich in May 1945, the flak towers stood empty for many years. Unlike in Berlin and Hamburg, the Allies did not attempt to destroy these giant grey blocks. One reason might have been Austria’s long-standing claim as a victim of Nazi aggression. As a result, the towers remain as concrete witnesses to the crimes committed by the Nazi dictatorship and as unforgettable reminders and warnings of Austria’s culpability. But, to this day, there has never been an active historical reappraisal. After more than 70 years, the concrete towers are now an essential and integral part of the city of Vienna and its inhabitants.

The Stiftskaserne Gefechtsturm is owned by the Republic of Austria and administered by the property management agency of the Austrian armed forces, the Heeresgebäudeverwaltung. It is the only flak tower not to be sited in the middle of a park; on the contrary, it is surrounded by a military building complex. Situated inside the protected perimeter of the operational military barracks the tower itself is still in use serving, amongst others, as an emergency shelter for Austria’s federal government.

During the Nazi era this tower, situated close to the city hall and other government buildings, included the mayor’s command centre (Schnellkommando) and several post offices of the Reichspost. The only plans for expansion so far have been those for a helicopter landing pad on top of the tower proposed by the architects Friedrich Kurrent and Johannes Spalt in 1958, and again in 1970.

The design of the flak tower is similar to the hexadecanoic Gefechtsturm at Augarten. It is 43 meters in diameter, 45 meters high, has a basement and 9 storeys plus an added upper level with radar systems. Most of the outer walls are 2.5 meters thick and the uppermost ceiling is 3.5 meters thick.

Transcription
I like the shape of it because I just find buildings like that exciting. You know, brutalist. – The fact that it also served as a bunker, like an air-raid bunker. I know that there are lots and lots of inscriptions inside. – Perhaps there’s a possibility where you could enjoy the view from the very top. That you could get up there!

Transcription
I noticed the flak tower because I always go shopping at Denn’s organic supermarket. I think the reason it was built is so that people at the time could shelter from the war. – No idea. Well, perhaps some sort of art exhibition or some sort of leisure activities for children. – Not like the Haus des Meeres where they snatch hammer-head sharks from the Caribbean and put them in a 100 m2 chlorine-filled tank to be stared at by children; in this instance, you could organize some sort of leisure activities for children.

Transcription
I think it’s quite natural. I mean, we all get older, so why not these flak towers too. Of course, what’s important is that you maintain them so they remain standing and don’t pose a threat. Maybe they will find another use for it in the future. – That really would be very interesting. Simply from an observer’s point of view. Would the area change? Would people still talk about what used to be there? Would you really want to get rid of it? How would the area then be used?

Interview with Pedro A. 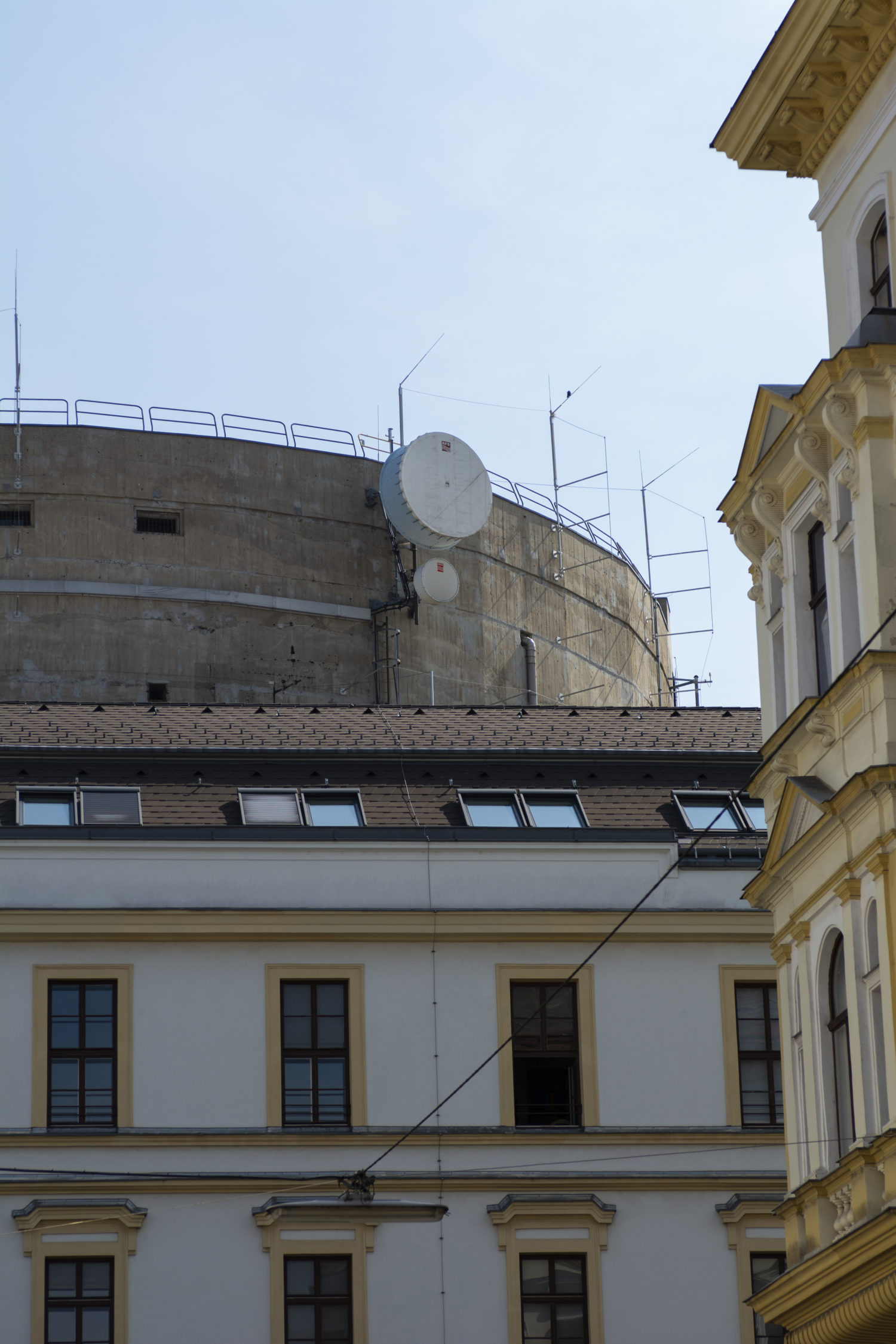 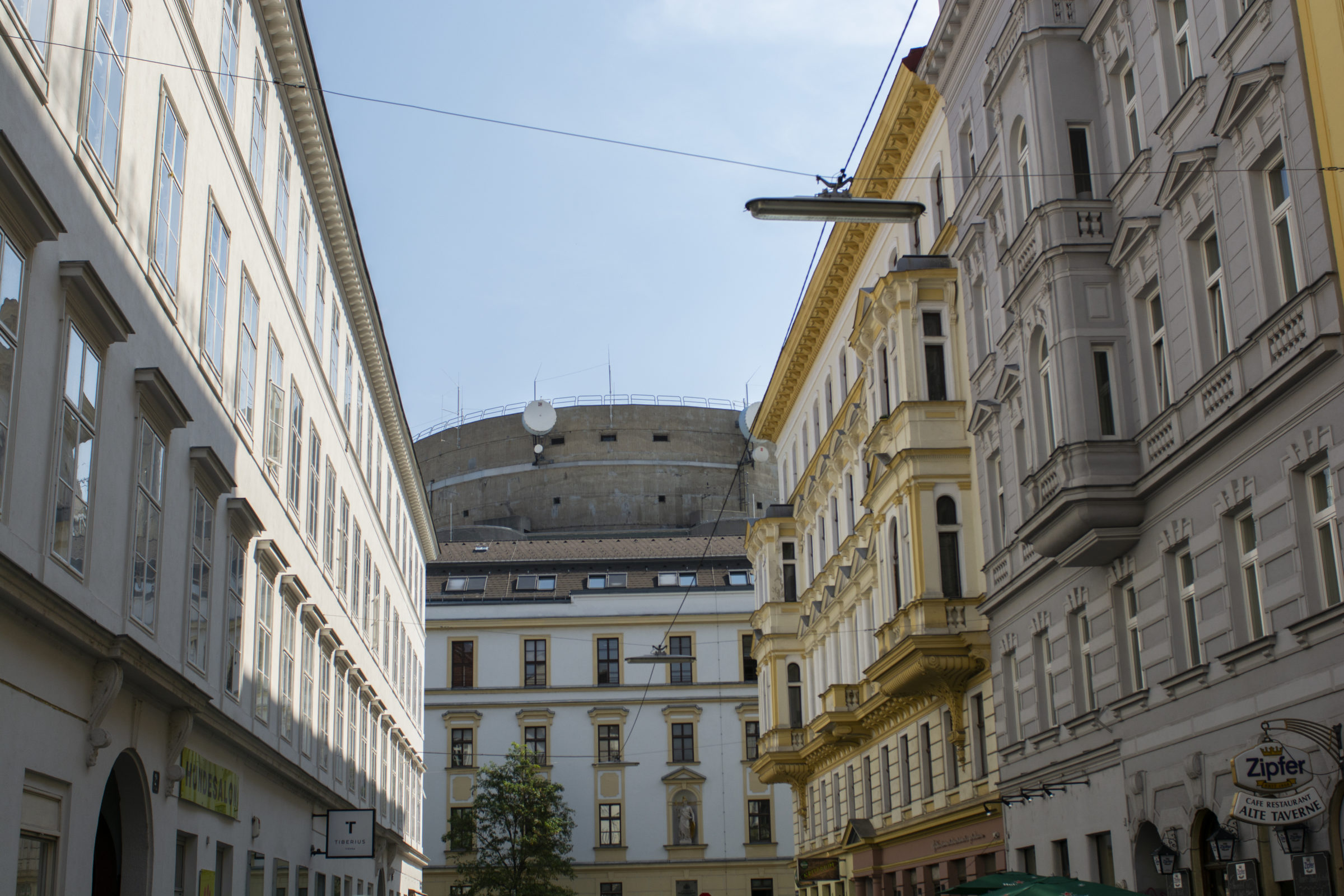 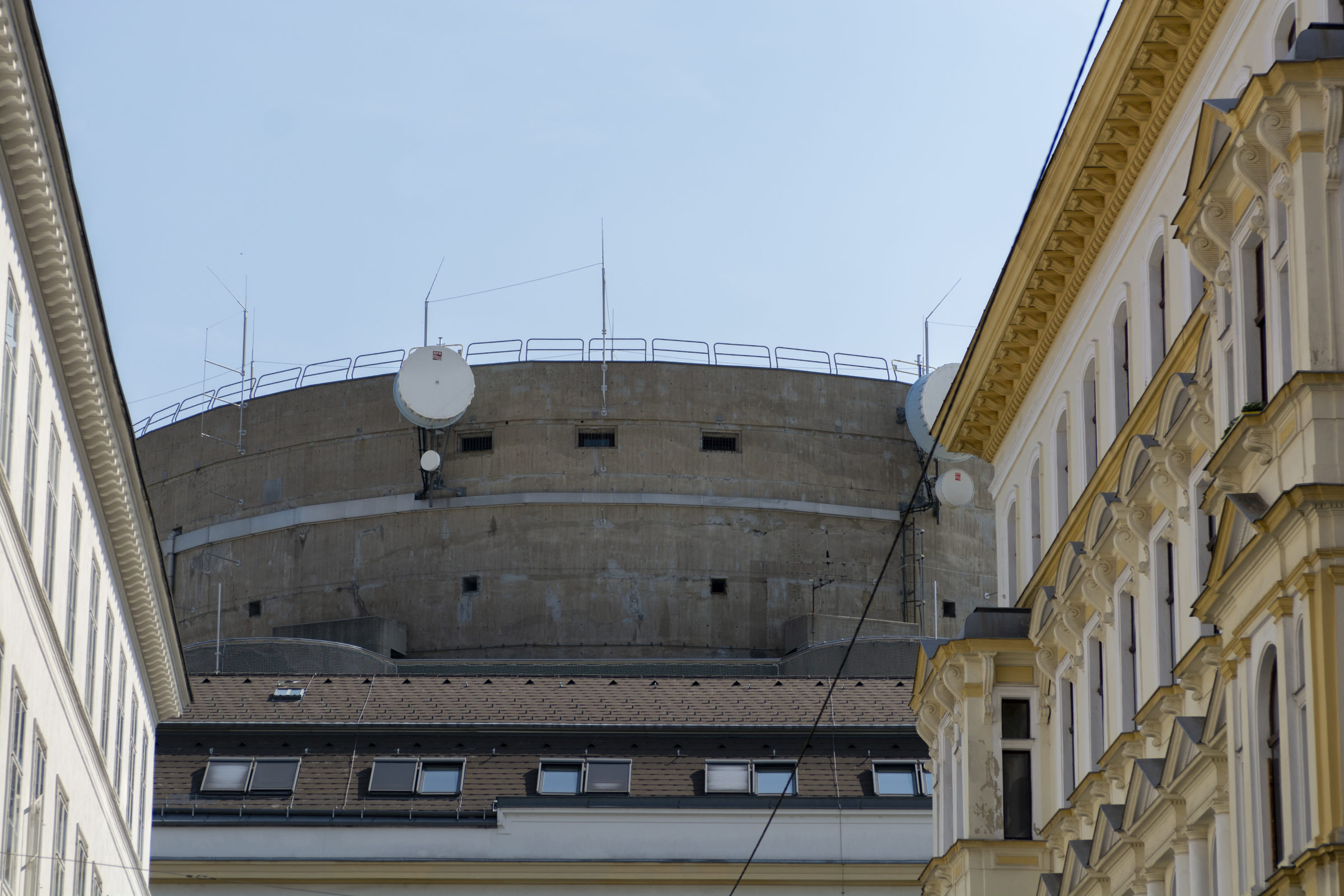 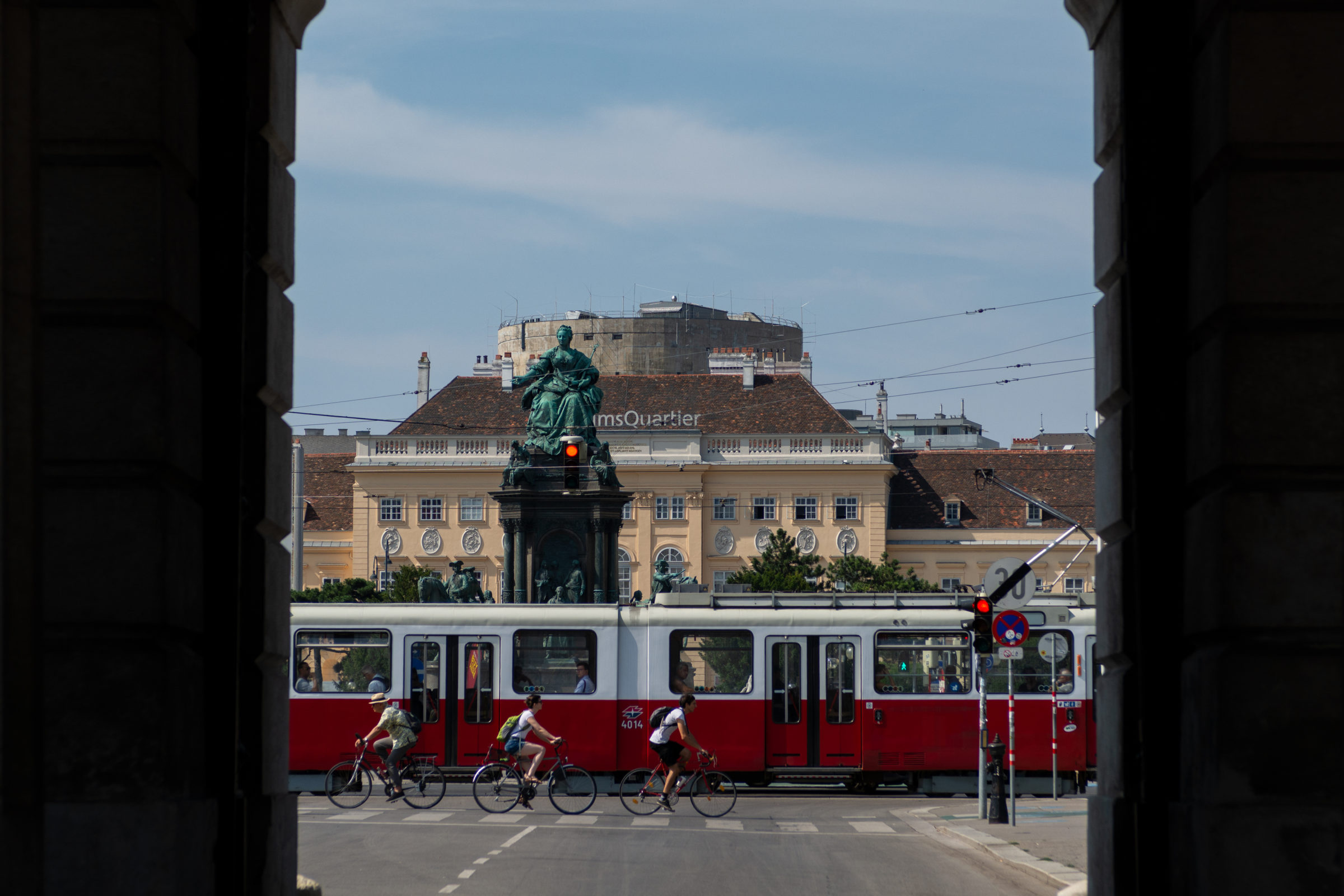 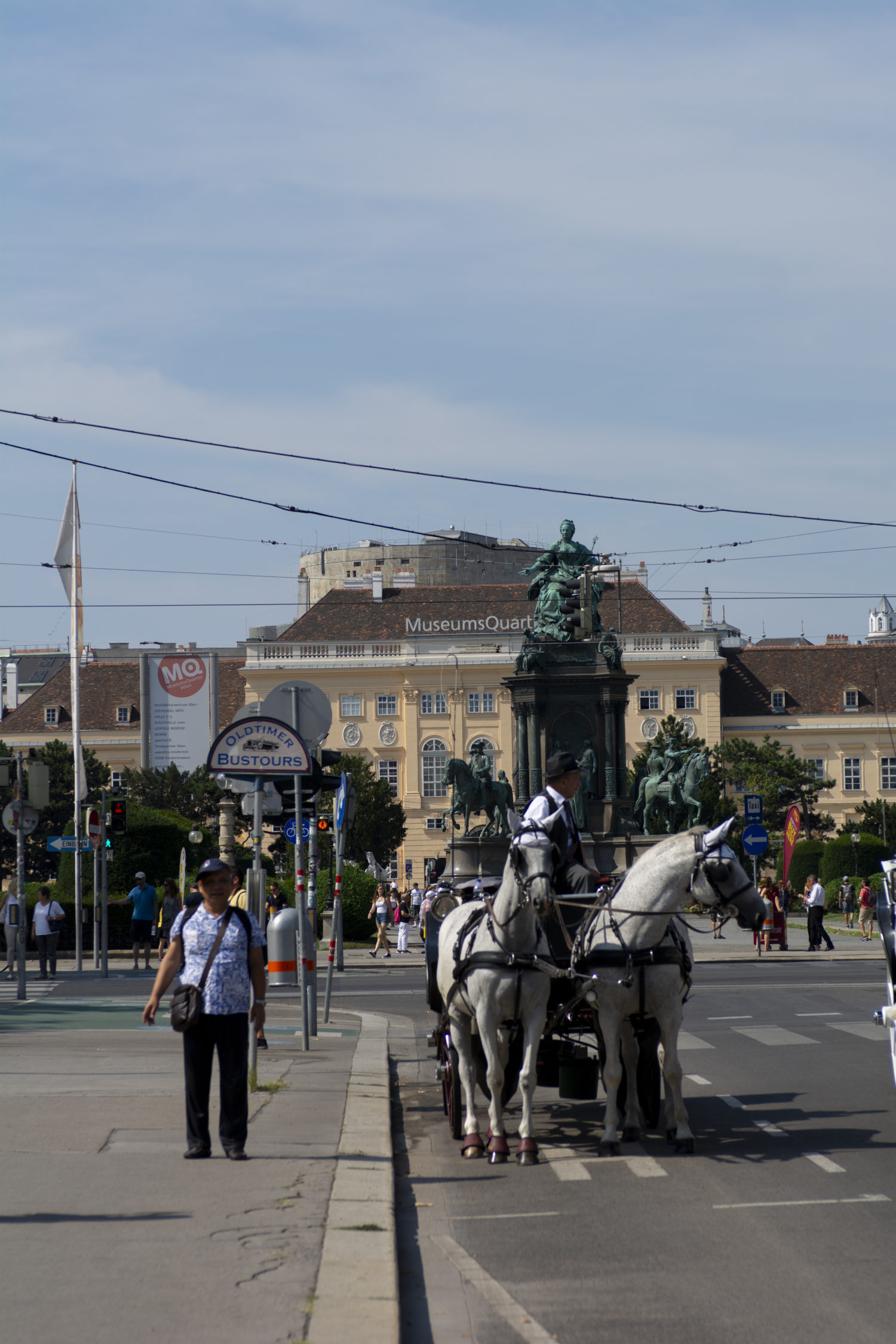