Dimitrovgrad is a very interesting monument. Although it’s an entire town, this text refers to it as a monument, because the Communists treated it the same way they treated monuments – it was an instrument for their propaganda used to promote their power and right to rule.

There used to be three villages where Dimitrovgrad now stands. In 1941 a firm built a new industrial complex by buying an existing coal mine nearby. After 1944 the Communists also used the complex and continued to expand it with new factories. Soon the surrounding village population could no longer supply enough workers so a decision was made for a new town to be built. This wasn’t unheard of – similar things were happening in other locations throughout Bulgaria, but the Party decided to make an example of this endeavour.

Construction started in 1947 and in the following years, hundreds of thousands of young people, brigade members, workers and construction troops from all over the country went to build the town and factories. The construction of Dimitrovgrad was when brigades and brigade movements in Bulgaria started as all students and workers had to work as volunteers for the Republic, mostly as builders and in agriculture.

So the town of Dimitrovgrad was built by more than 50 000 volunteers from 963 towns and villages. The construction work became a training ground for brigade leaders, who later lead constructions all over Bulgaria. The workers were strongly motivated – a lot of them were planning to stay in the city they were building. One can only imagine the feeling of building the school and library for your own children. People called it “The town of dreams”.

The town was important for the Party – its leader, Georgi Dimitrov, named it after himself. This also followed a pattern set by the USSR – there was a city called Komsomolsk on Amur that was built by the Russian Komsomol (youth organization) as an industrial centre. Dimitrovgrad was the symbol of Socialist Bulgaria – the newest town, the town of the communists. Every official delegation visited the town, representatives from the capital attended all the official celebrations. This was also the town where imposing the new political order was more intense than anywhere else in the country – the population was mostly young and impressionable people, far from their parents and established traditions so they were the first ones to adopt the new regime.

Knowing all of this, one would imagine the town as a concrete hell full of smoking chimneys and grey facades. But visitors will be genuinely surprised to see the reality – Dimitrovgrad is beautiful. The plan was contemporary, but in all the classical architectural principles and is adapted for a rich social life – there are three big parks and a lot of gardens and green areas. The buildings were built in the beautiful architectural style called Stalinist baroque – the facades are monumental, with rustic-style plinths, small decorative balconies and heavy semi-columns.

Another interesting fact about the town is that in 1951 the first Museum of socialist construction was established. During the next 35 years, a lot of other museums of the socialist movement were founded, but the one in Dimitrovgrad is the only one remaining after the fall of the regime.

Today the town has kept its name regardless of what political parties think. The monuments to Georgi Dimitrov are removed, but there was an idea to gather all of the country’s socialist monuments there and make a park.
Nowadays the whole town is a collective monument with the real cultural value of national importance, although its previous splendour and aim to promote it is long forgotten.

1947A town, of great importance for demonstrating the power of Communism 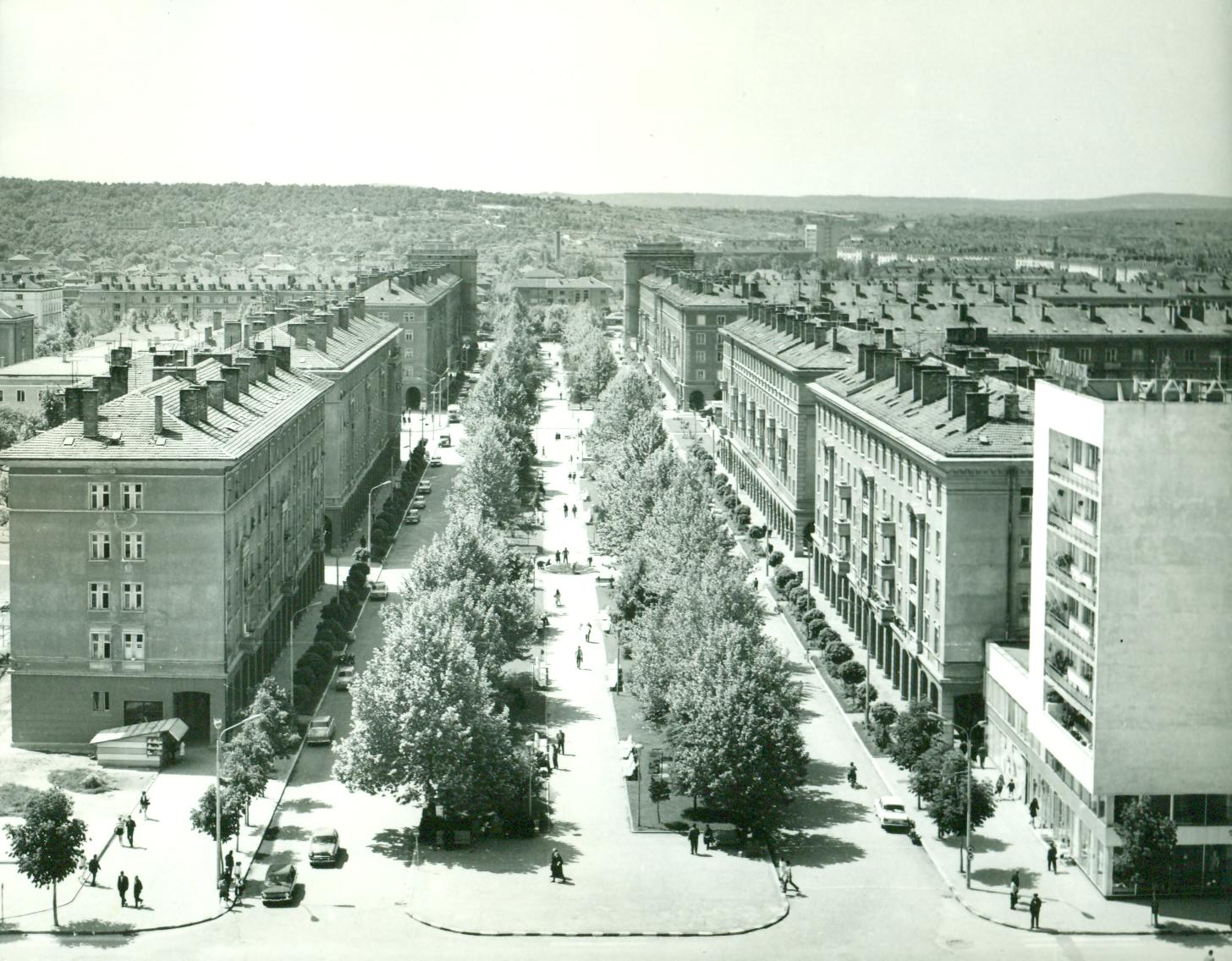 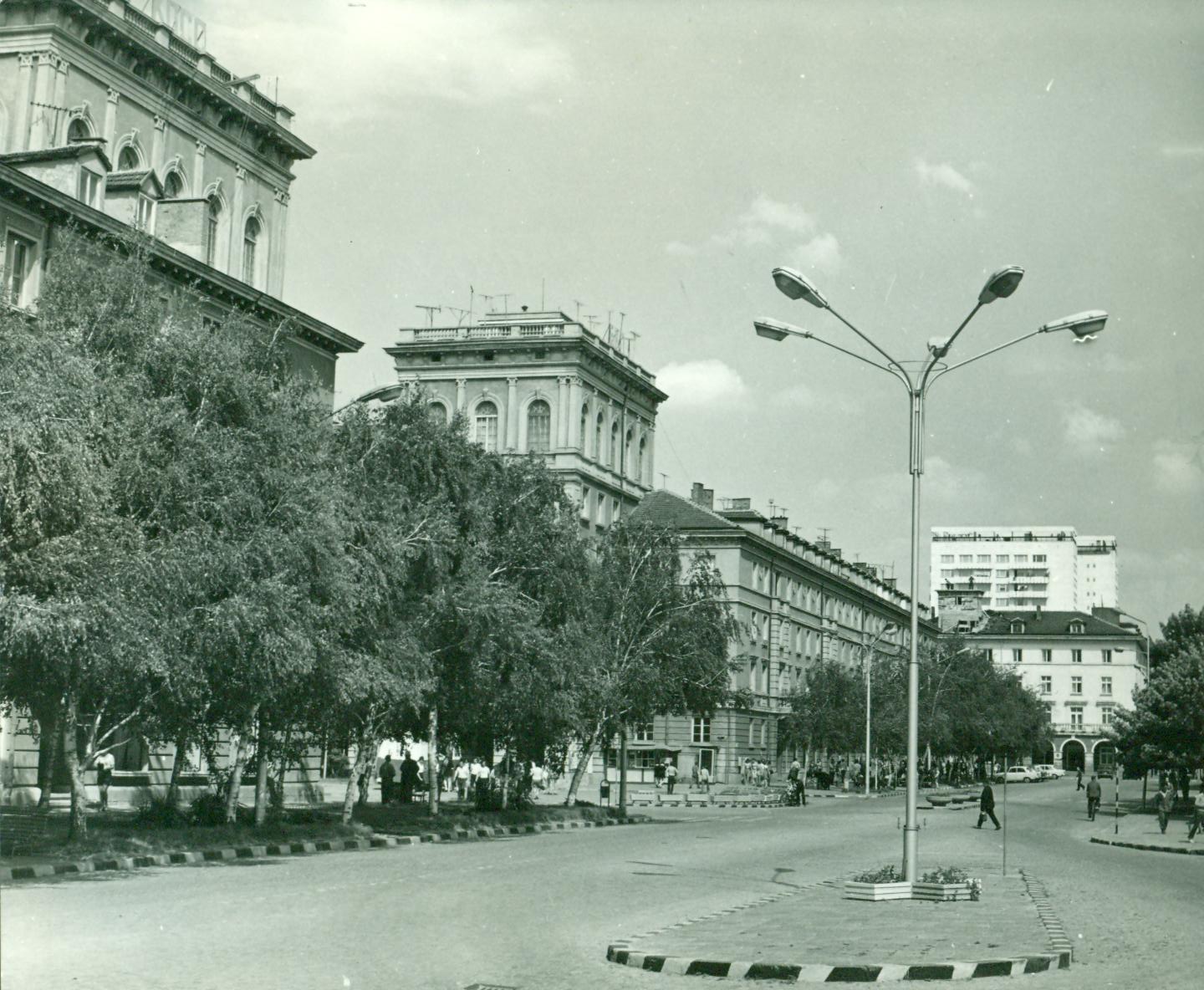 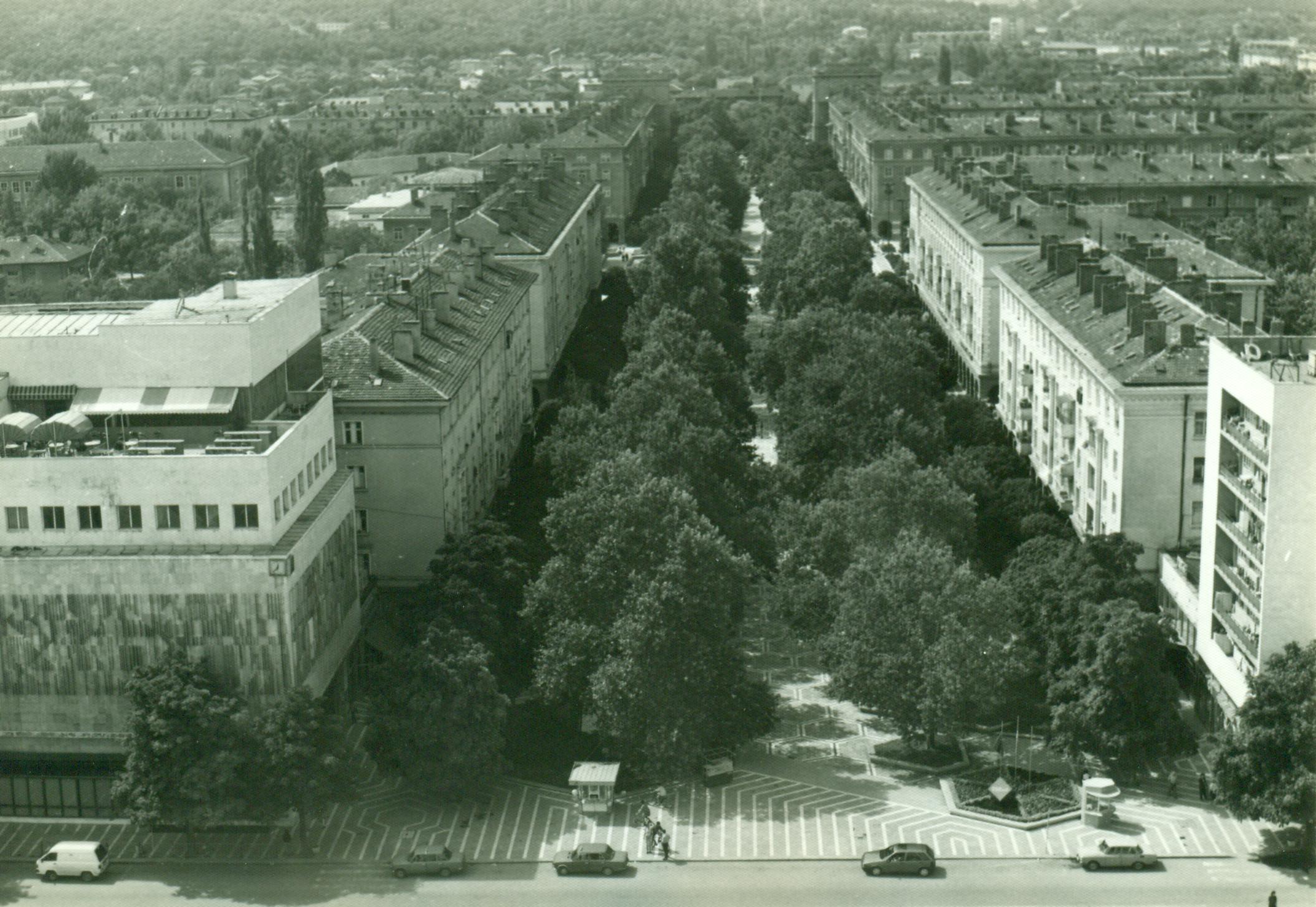 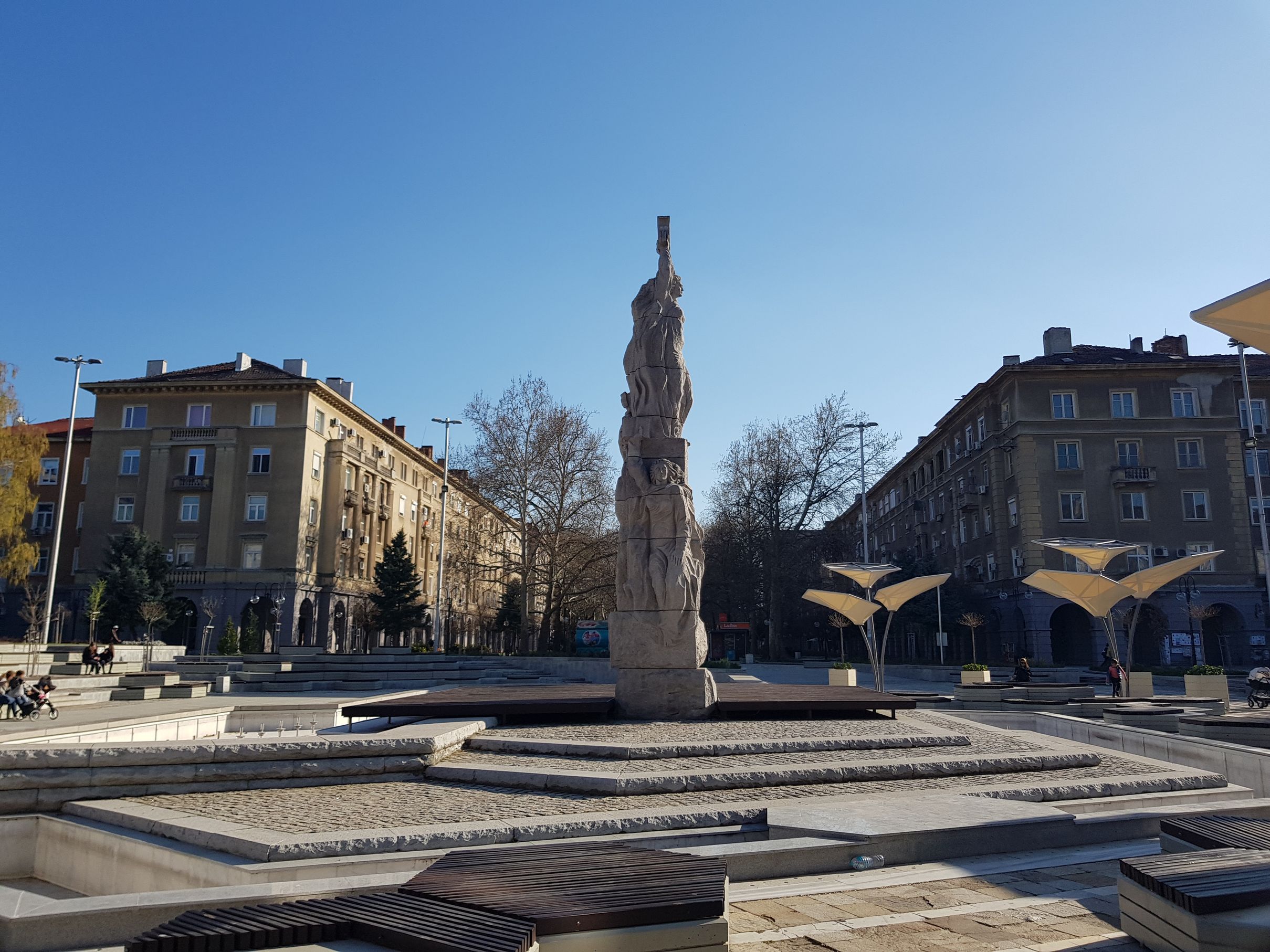 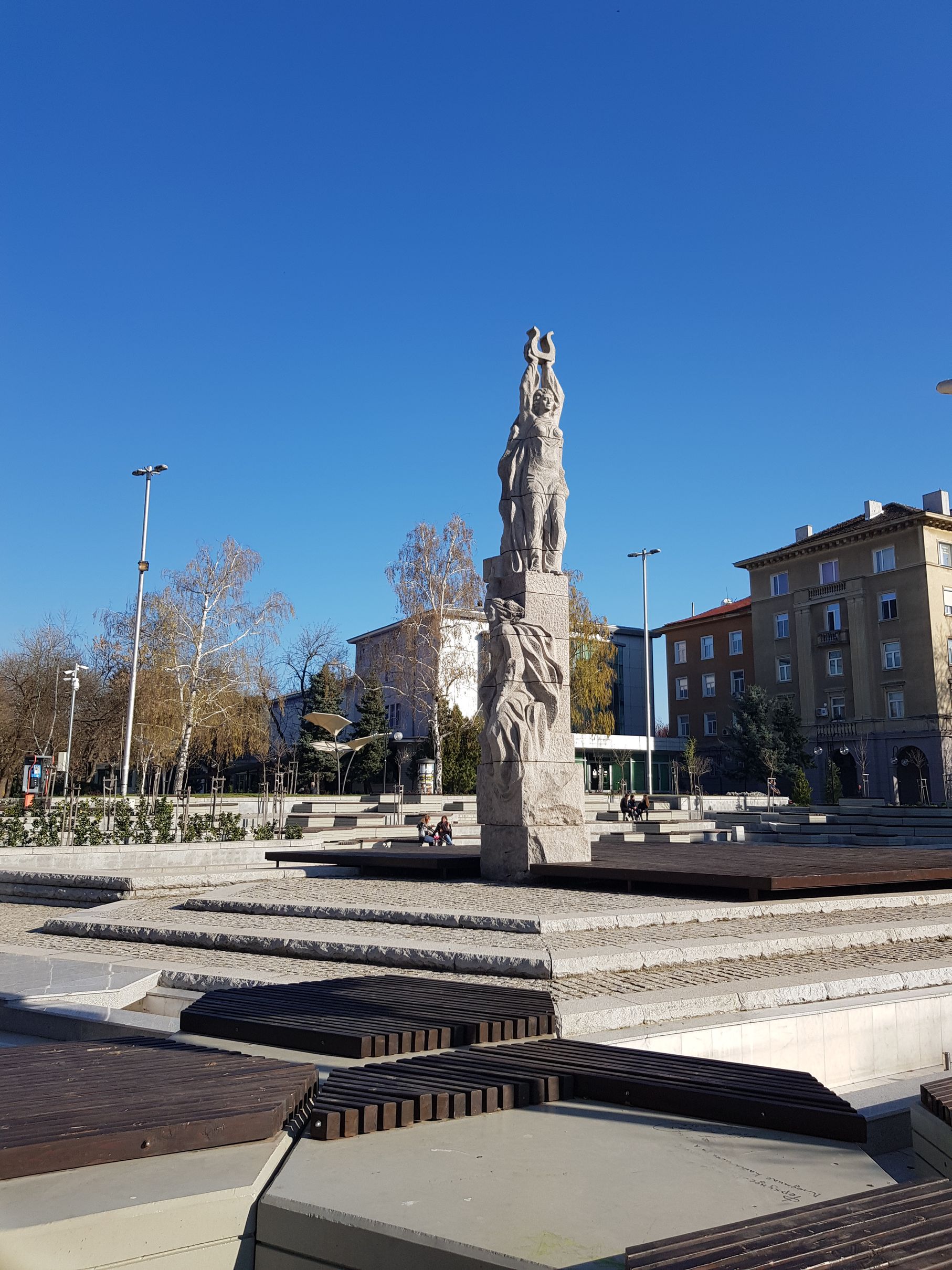 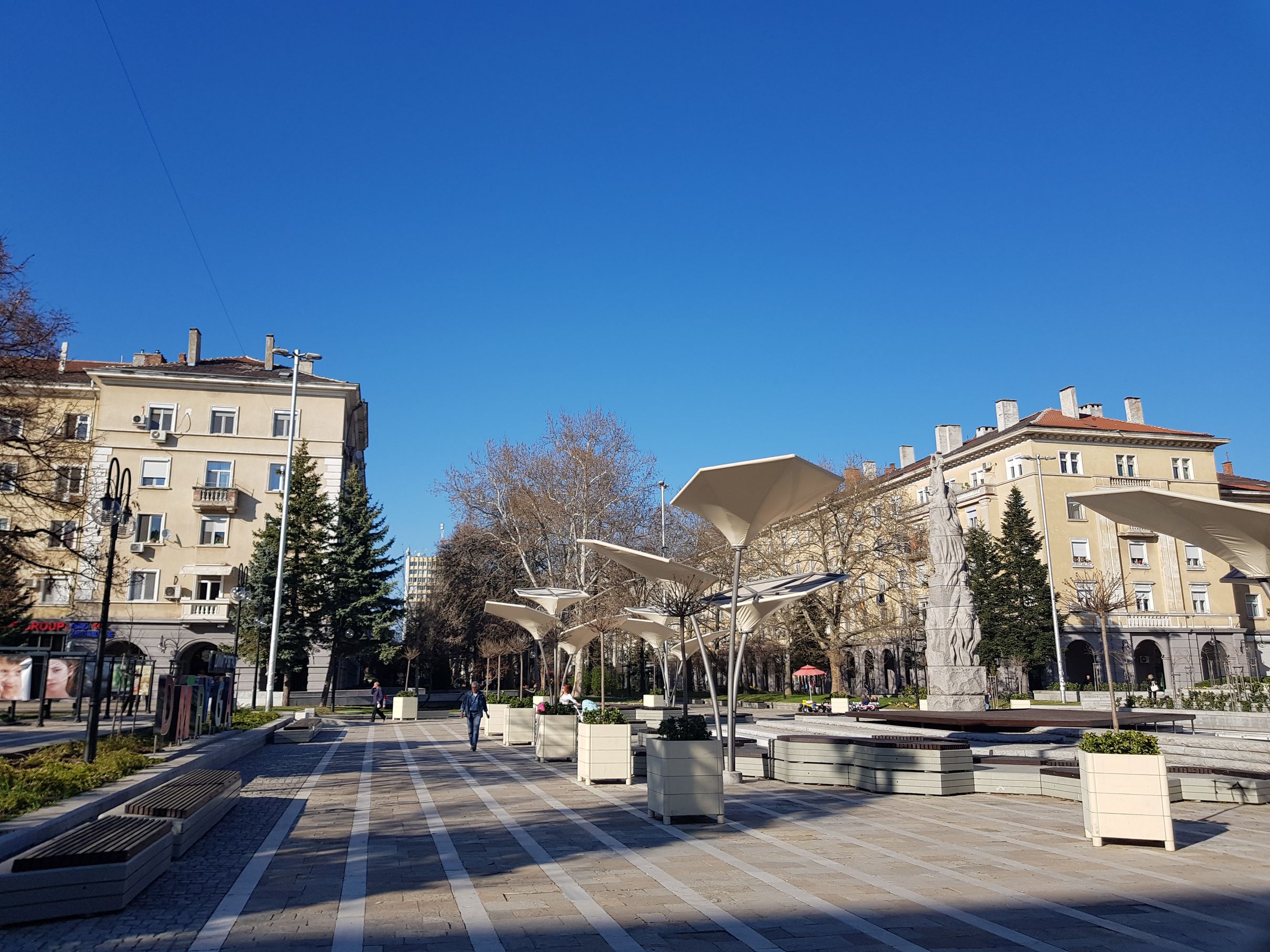