The New Belgrade neighbourhood is the brainchild of communist Yugoslavia. This new town, erected across the river from the historic centre, was built according to modernist ideas. Thus, the whole of it was divided, by large boulevards, into basic units. Each unit, called a blok (blokovi in plural), was meant to contain living quarters, its own primary school, nursery, supermarket etc., and, ideally, become a place where people would live, work and satisfy most of their needs.

When Blok 30 was built in 1975 two open spaces were allocated for a kindergarten and a primary school. However, as it turned out, the school and kindergarten in neighbouring Blok 29 could accommodate the number of children residing in both bloks. Thus, the two fields were left unused. Since they are located behind the buildings, in the middle of a residential area not frequented by “outsiders”, they are used almost exclusively by locals.

In the 40 plus years of their existence precious little has changed, for better or worse. The two fields, with roughly 30 trees on them, are free of any construction activity. There are two playgrounds and an open-air fitness centre. With few empty spaces left in the highly sought after New Belgrade area, recently, there have been rumours that the two fields have been earmarked for construction once again—a notion the locals, used to these vast empty areas, are not happy about. On the other hand, there has been little effort on the part of the locals to put the two fields to any kind of preferred use.

1975Empty space reserved for a school

Transcription
VD: Would you, as an architect – knowing that elsewhere people have organised themselves and made little barbeque huts or their own outdoor gyms – would you characterise the current situation as good, bad or neutral? What do you think?

LjS: I think the current situation still has potential. So, nothing has yet happened with these field but this can be good. Because it leaves space for something to happen, which will come from the residents themselves and will be aligned with their needs. In other words, no investor has come along with the City giving them the green light to build blocks of flats or whatever without any thought to the necessary infrastructure for the new building and all those new residents. Instead, there is still this empty space which can be a space for future resident action. And I hope we move in that direction.

LjS: Well I honestly hope the local residents will buck this trend that we see in the rest of New Belgrade, the literal conquering of empty space to build extra residential space, i.e. extra profit for individuals at the expense of the local population and their needs. We see this happening in Block 63 and again in Block 45, all over New Belgrade. Plans change or rather the City changes plans, making it possible for those green spaces to be taken over and this is usually met with resistance by the local population. However, for now, there are no institutional or legal mechanisms, or not very useful ones, for the residents to express their discomfort with what’s happening and they are definitely left on the sidelines while new buildings go up. Again, I would highlight that the problem with all those residential buildings going up is, on one hand, the absolute lack of concern for the needs of local residents and, on the other, the fact that we have become accustomed to the practice of empty spaces being filled up by residential units without any thought to the accompanying infrastructure. Okay, if we have a new building, the law says the investor must ensure there are enough parking spaces and green spaces. Okay, that’s one step, but what about hospitals, places for these people to get well, with kindergartens, schools, traffic, with the whole broader picture of the city and how it develops when the population increases.

VD: I have the feeling that the green spaces in Block 30 have the advantage that they look like the internal courtyards of the block. You can approach from the front and people walk by there but unless you go between the buildings you don’t see them and I feel like people think of them as being somehow inside.

LjS: I’m sure that that’s the case. That that is the reason these fields are still empty today because what we can see from the rest of New Belgrade is that the spaces closer to the street are “conquered” first. So, in say Yuri Gagarin Street, the spaces closest to the street were built upon first. And a couple of years ago I was talking to a friend from Block 64 and was interested in her impression that, “they’re building these buildings to block the view of us from the street. To stop this undesirable architecture, built in the socialist times, being seen from the street.” Now, it isn’t important whether that’s correct or not, it was interesting to hear an opinion from someone who’s an insider. As though those buildings were a source of shame and now there’s a barrier being built. So yes, on one hand, that certainly saved that green space, the fact that it doesn’t face the street, but, on the other hand, in Block 63 they have already begun filling up those internal green spaces, so I’m sure that when the time comes that won’t be enough of an obstacle.

Transcription
VD: Do you remember how much these two green areas in Block 30 have changed? Has there been any change during all these years?

LjŠ: Well no… There has in the last 3 or 4 years. I don’t know exactly when this dog park was opened, the playground has been fixed up and the outdoor gym was installed. There was a kind of outdoor gym before but some of the machines have been changed. Nothing much has changed but that feeling of freedom, that greenery is important… I grew up in Old Belgrade and thought I would never get over moving to New Belgrade. However, I recently admitted to myself that I couldn’t go back to the old town. It’s too cramped. Sure the streets are urbanised and all that but there’s no air. And here there’s a great feeling of freedom.

VD: And how did that look to you? Wasn’t it a bit strange that nothing happened on those two green spaces for 30 years, that there was no movement?

LjŠ: Well no… considering everything that’s happened since the 90s, then it isn’t strange to me. Even this step is big… Not big exactly but significant though, at least something has been done.

VD: And have you ever heard whether there was some sort of neighbourhood initiative or from the local community or the Municipality of New Belgrade or something like that? Whether anyone put forward any idea what could be done with these locations, these huge spaces covering hundreds of square metres?

LjŠ: I’m just worried there’ll be some hall or café or something like that. It’s nicer if they stay green like this.

VD: Better than anything being built?

LjŠ: Better nothing than for them to be commercialised and closed off because with the commercialisation of nature comes plenty that isn’t natural and isn’t good.

VD: And have you thought of or heard of any idea or have you ever thought and said, “Well, here could be a … something?” I mean, even if you said “trees” or something, not necessarily a “theatre”…

LjŠ: Trees, yes. We even had an internal discussion, we dog-lovers… Because our pets like to dig holes in the grass we discussed planting trees in those holes dug up by our pets, to add a bit of greenery.

VD: And why did that never happen?

LjŠ: That I don’t know. It seems our people always need some kind of leader, but nobody had the strength to get that going.

VD: There’s no, let’s say the administrative prohibition against the planting of trees?

LjŠ: As far as I know, there isn’t… We should go by the saying, “wherever you find a good spot, plant a tree”.

VD: But here there seem to be lots of good spots… and how satisfied are you with this small improvement, now there’s been a little change to these two large open spaces? Do you think that, with a few other additions, this could be finished or should the whole block be refreshed, cleaned up, fixed up…? What sort of state is the whole block in, do you feel? Has it been neglected or…?

LjŠ: I think it has been fairly neglected, the entranceways… The fact is we all – that we have to climb the stairs to get to the entrances to buildings – that’s all fallen apart. Some people look the other way, “that’s not mine”.

VD: So you think these people are waiting for someone else to do something.

VD: Tell me, what else takes place in these fields? You’re here every day. People walk their dogs. There’s a children’s playground, the outdoor gym – is that it? Does anything else ever take place here? Have you ever seen anyone using them for anything else? I haven’t seen kids playing football there – it’s too open somehow, the sun is strong…

LjŠ: No. For a while there was a group, were they doing tai chi or something… Was that organised by the local community, I don’t know. I saw them a few times, always at a certain time, then they were gone. Whether because of the cold weather but… Still, my dog and I have been friends for five years so…

Transcription
VD: That meadow has definitely been forgotten but, on the other hand, people see it every day. Is it possible that anyone thought of confronting any bureaucratic problems to do something there other than illegally planting their Christmas tree after New Years? What’s the situation today, who’s responsible for it, who decided, do you have any idea whether someone who wanted to do something with that meadow would encounter any obstacles?

NČ: I think that they would certainly encounter some kind of obstacle. Interestingly the majority of socialist buildings have yet to be protected. You probably know more about that. I think that there, in architecture, there is some kind of law that certain structures have to be older than 50 or 70 years and that they must have some specific value for the city or state to get protected status. As far as I know, New Belgrade housing blocks are yet to get that status but, interestingly, most of those blocks were built on plots that made any new construction of additions practically impossible. The socialist had the idea to leave wide empty spaces for future construction. Consequently, all of these blocks in New Belgrade were built based on international tenders and as such had some status as protected urban areas. And each of these blocks, I’m talking about that central urban core, has a different structure but follows a characteristic form that, for example, determines the level of plot occupancy, which must not be exceeded. Because, since this can no longer be replicated anywhere in Serbia about what we have been talking about. This transition period and the desires of investors to maximise profit from any construction. In essence, if a New Belgrade block, such as Block 30, was to be built again it would be rather unprofitable because it has a very low plot occupancy level. This means that the number of residential units, apartments, i.e. the total number of square metres multiplied by the size of the plot is at a low level. For example, the level in that New Belgrade block is 1.6 while, the “Belgrade Waterfront” will have a level of 5.6. Which is huge. Two bridges are far from sufficient and there is very little free, public space in between. That was the idea and ideology behind that whole socialist system of construction. 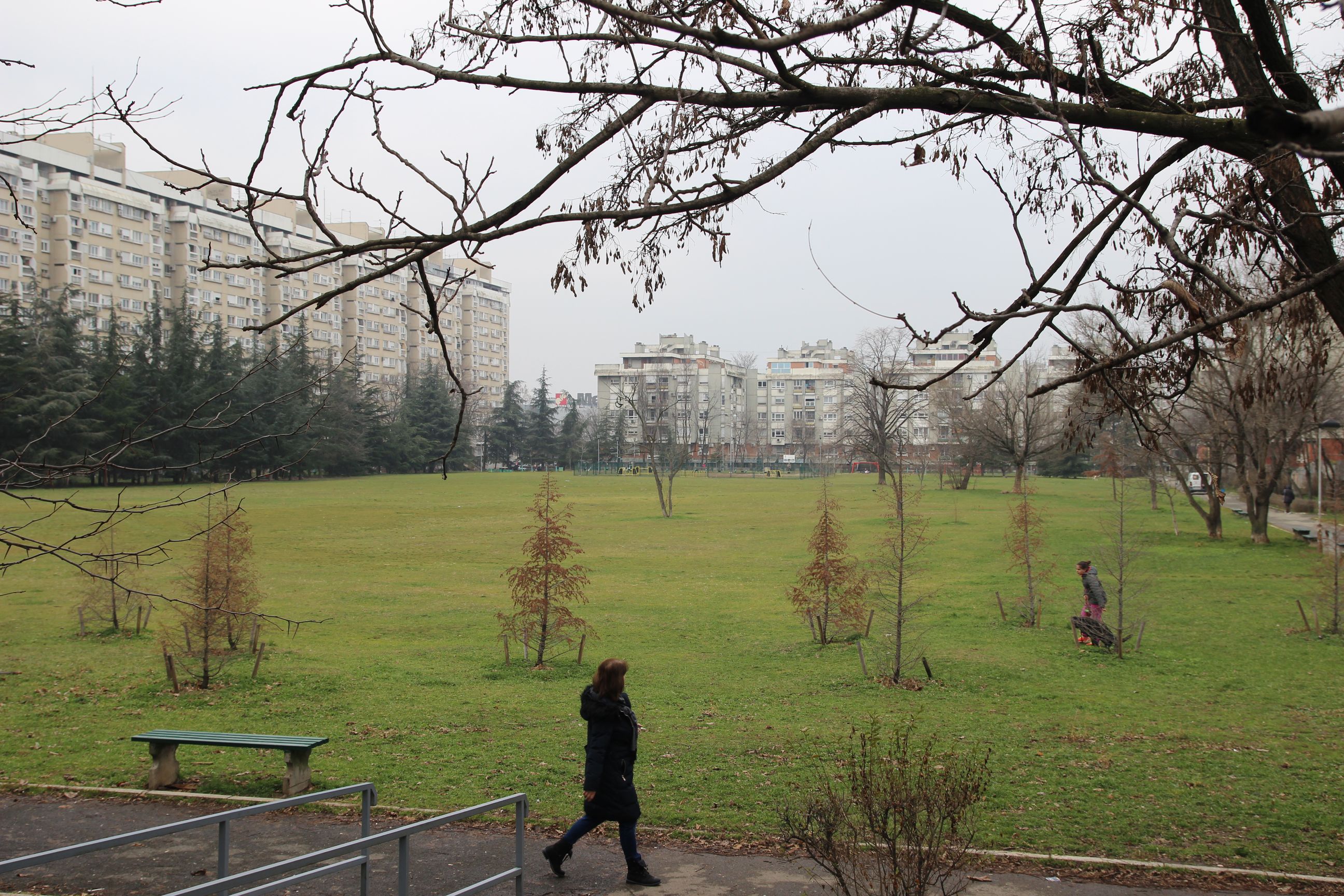 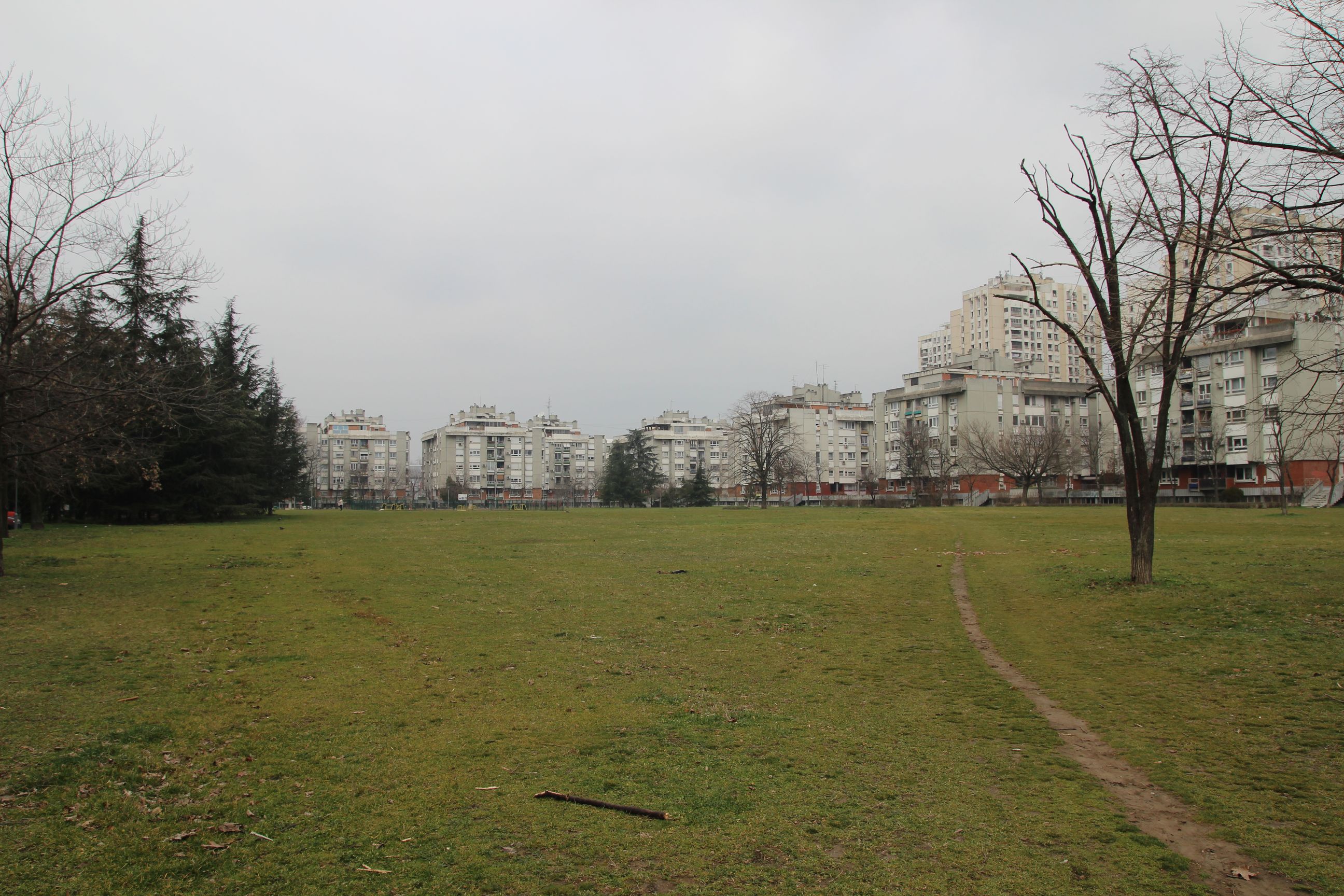 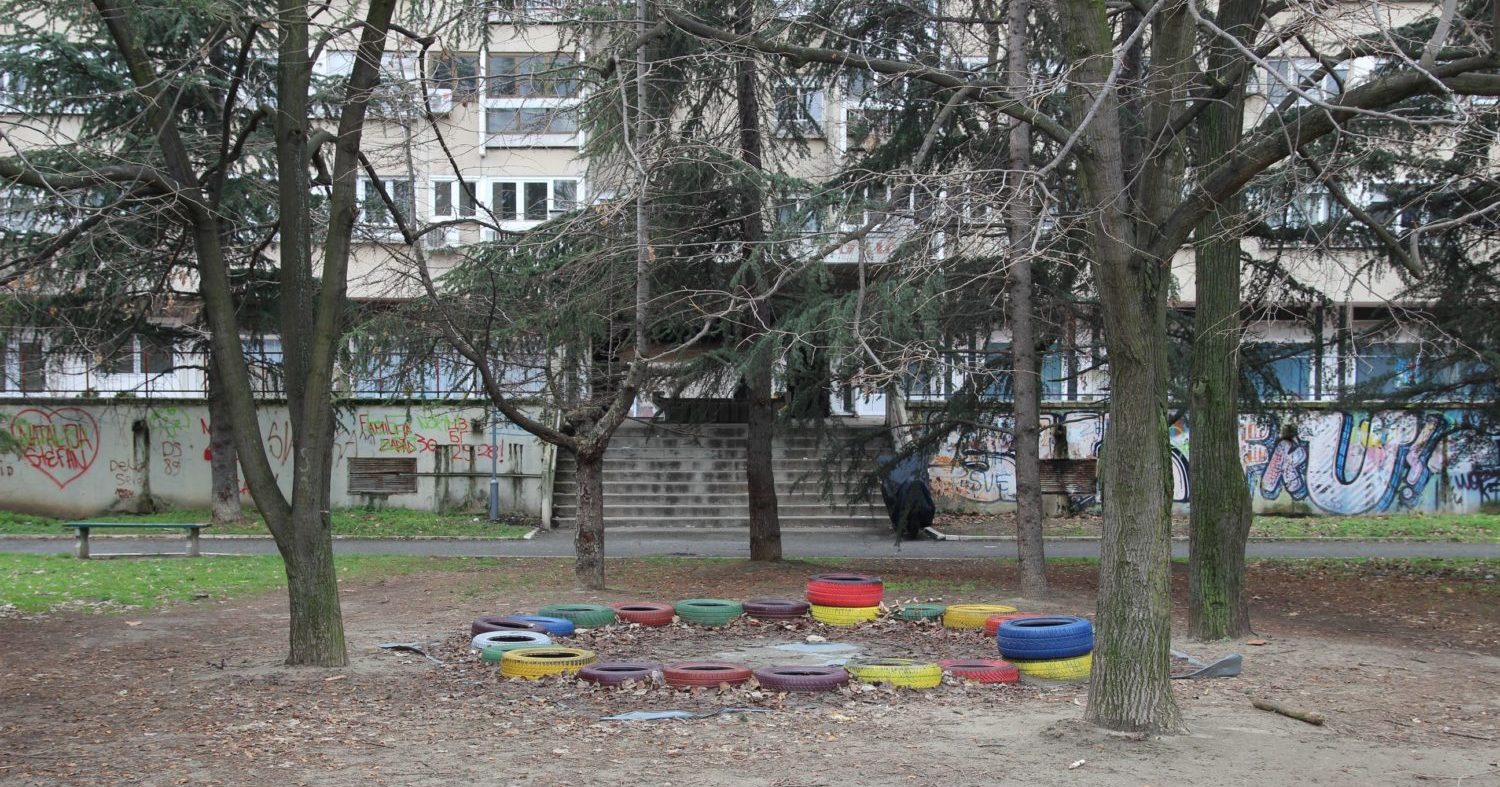