The masses captured at historic photographs all gathered either to celebrate or to worship. Who are we to worship today? Is there no authority left? Plečnik’s stadium, as a place of celebration, is somehow outdated. The thing is- it is missing neither football players, nor star musicians, Christians, King’s supporters or a Slovene Home Guards. The facelessness of a mass is not what stadium needs.

It is the subject who is absent; a singular subject who wants to be in a place where no authority set the principles of adequate behaviour, the subject who knows how to deal with the program-less places, the one who is not scared from the empty place. This subject is not present now – as most of us, he is craving places where he knows what to do, how to work, when to sleep, where to drive, what to read, etc. We are taught all too well to trust the regulations, so we do not dare to take over the place which is not regulated. Eventually, it is easier to align with the irrevocable facts: The Plečnik’s stadium is a real estate, and the real estate has its owner. It is the owner’s authority to set the rules on what is to be done. It is none of our business. We, the potential subjects, thus perform the same role as the masses in the antique pictures of Plečnik’s, only this time outside the stadium.

In the meantime, the owner set a fence around the stadium. The fence assures that everything is under control – the stadium is in a safe state of a temporary (yet never-ending) construction site. This fencing act is quite bizarre since the stadium has its own wall that encloses the area. Now there are the fence panels that are enclosing the wall which encloses the stadium. But the fence is not useless; it has the purpose to remind the non-owners of the owner’s presence. The owner is present and the subject is absent. It is really about how the city dies out simultaneously with its public space.

This unnecessary fencing, paired with the hostile graffiti (Death to the red parasites! / LGBT degradation-degeneration-decadency / Let’s break the communes, etc) holds the stadium under a hostage. The stadium may be held hostage just long enough to be left out of the UNESCO’s cultural heritage list which includes many other Plečnik’s works.

The stadium is, thus, successfully turned into an unwanted place, a place of many troubles, and the media coverage adds to its troublesome aura. To summarize and simplify it, by investing in the maximal densification of the stadium area the investor wants the best – what investor wants is good for all – the investor saves taxpayers from having to finance the stadium renovation on their own – some inhabitants of nearby blocks are protesting the future construction noise – those same inhabitants claim their land is unrightfully given to the investor – the experts on Plečnik’s work protest the unacceptable treatment of cultural heritage, etc.

The question for the investor-saviour and the MOL (Ljubljana’s Municipality) partnership is why the renovation of the stadium to an open public place is not sufficient? Must there be thousands of square meters of a generic program that could instead take place anywhere else?

The profit is the answer. Nobody is interested in useless places for everybody, they hold no value. Any place is to be turned into the place for those who could pay the entrance fee – for a game/for fitness/for a parking place or for renting a brand new office.

Here lies the core of discriminatory urban politics and the real problem with Plečnik’s stadium. A human in a public space is not enough; this one will not repay the investment. Why do these clumsy creatures need free space for free at all? Instead, the human is of value only if it is an active consumer of space; it is the human-future-client who is worthy of the renovation, and this one knows he needs to pay and repay the use of space. What the project of stadium revitalization is suggesting is a place of restrictive use, dedicated only to those who are willing to pay for its services.

If compared to the manner in which the stadium was built (1923-1936) the abovementioned space management practice proves inadequate. To be specific – the stadium was built due to the goodwill of anonymous actors. There were two massive lotteries organized in order to support the building of the first permanent stadium in Slovenia. It was built thanks to the collective effort and for most of its history, it was a collective place.

To point out here again: the stadium today is on hold, waiting for a singular subject and hopefully on a chain reaction of a singular subject. It started lately with a letter written by Gregor Mljač and students of architecture. As it is concluded in the text the current stadium prospect is trying to fix something that is not broken at all (it could be read at the following link).

And lastly, alongside the homophobic graffiti, there is another message, which must have been glued onto the stadium’s closed-door some time ago, because the paper is damaged and the text is hardly readable, but the headline is still visible: “Kakšen Bežigrad si želimo” / “What Bežigrad do we want?”

2018 Investor awaiting for the environmental consents to rebuild stadium area

1935 Not recognized as heritage

1945 Heritage with no protection

Interview with A historian 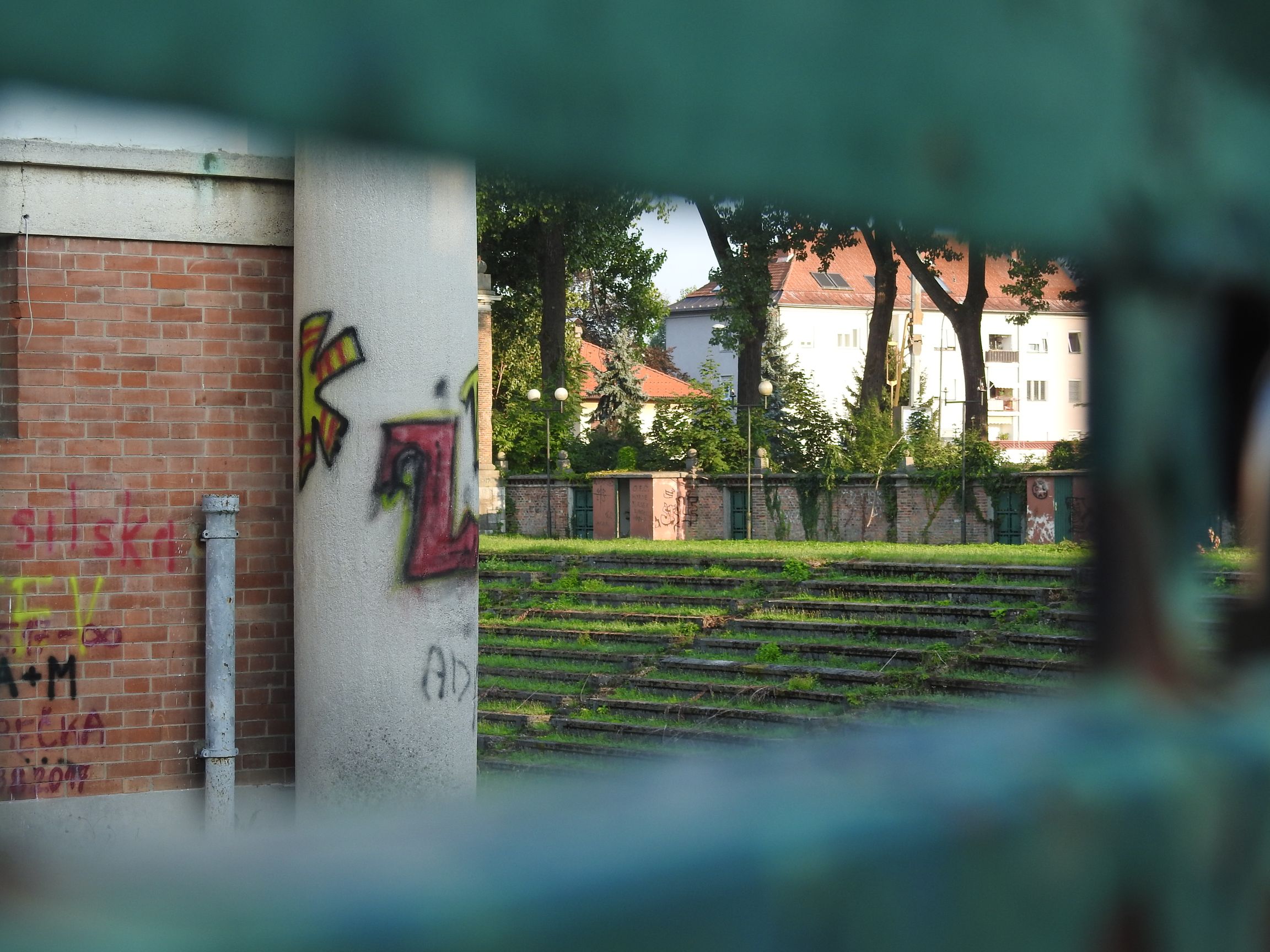 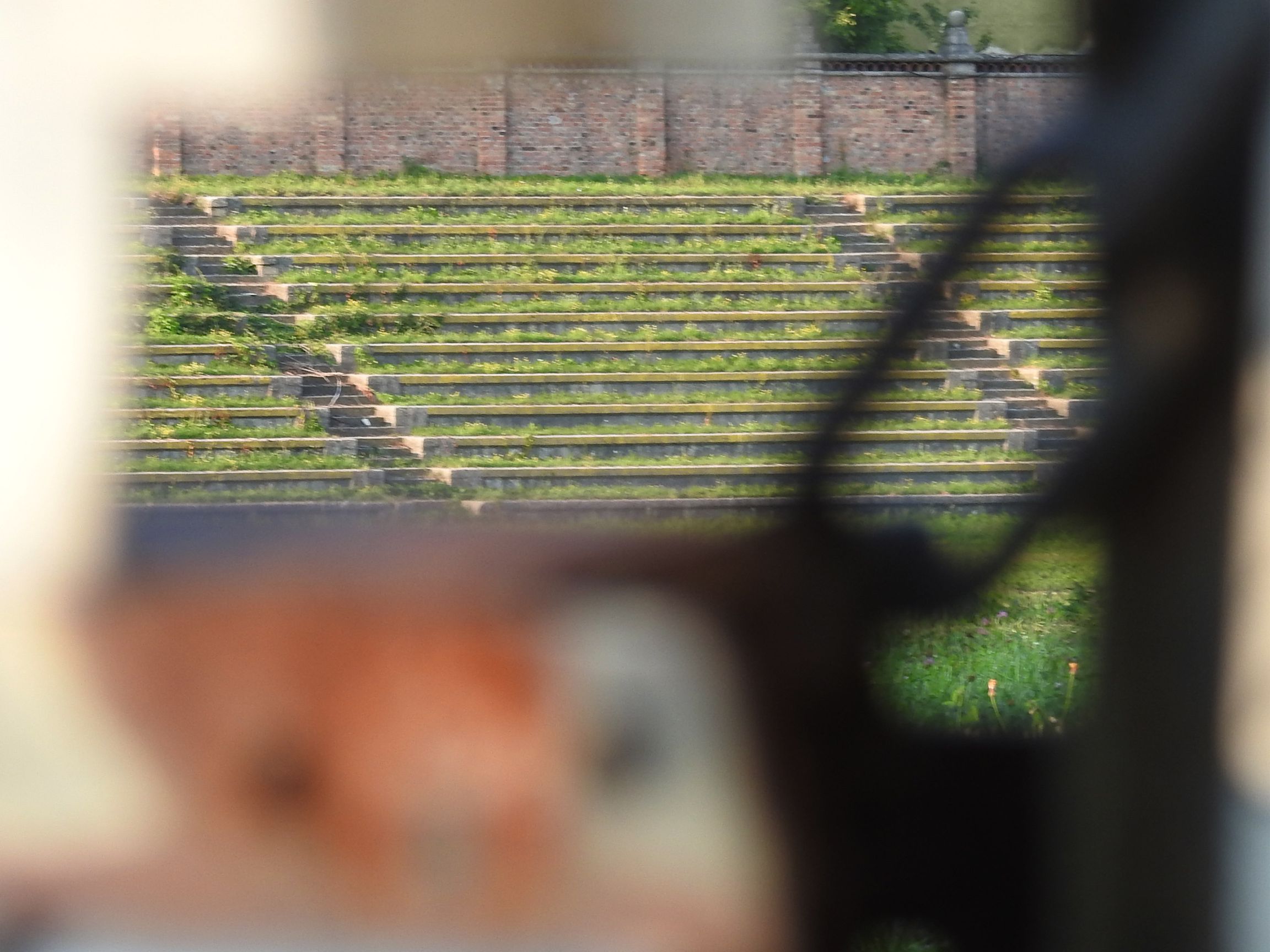 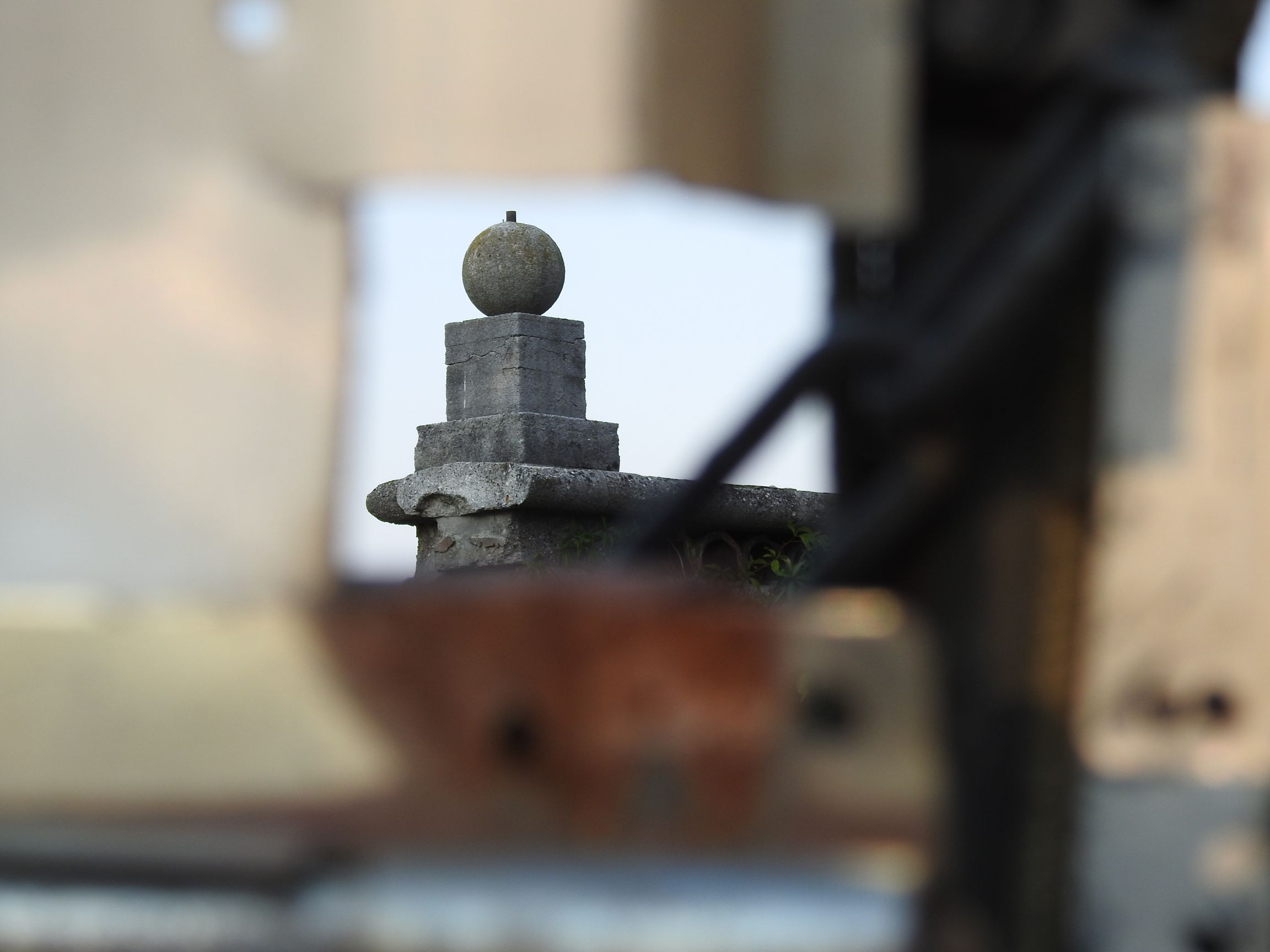 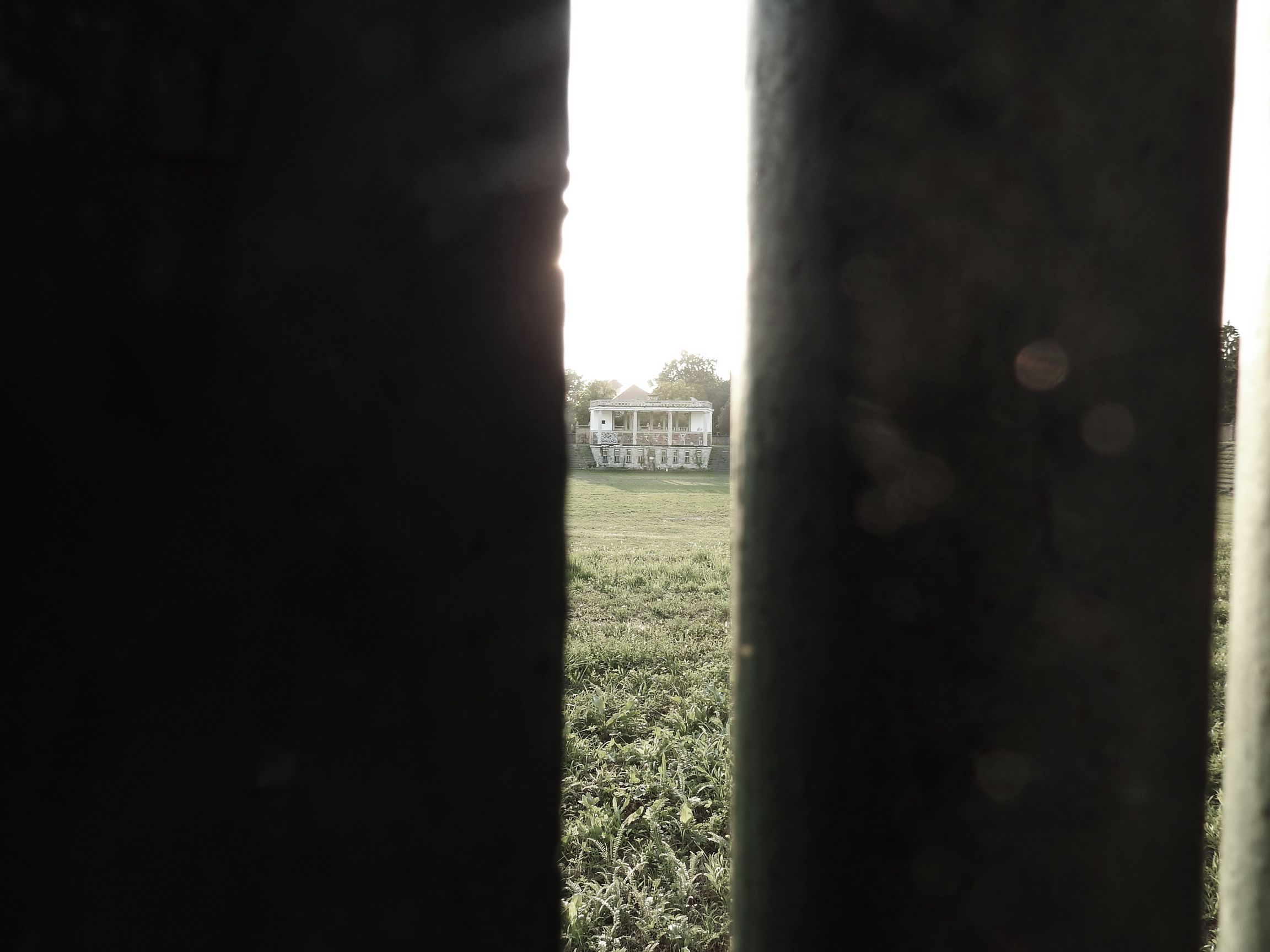 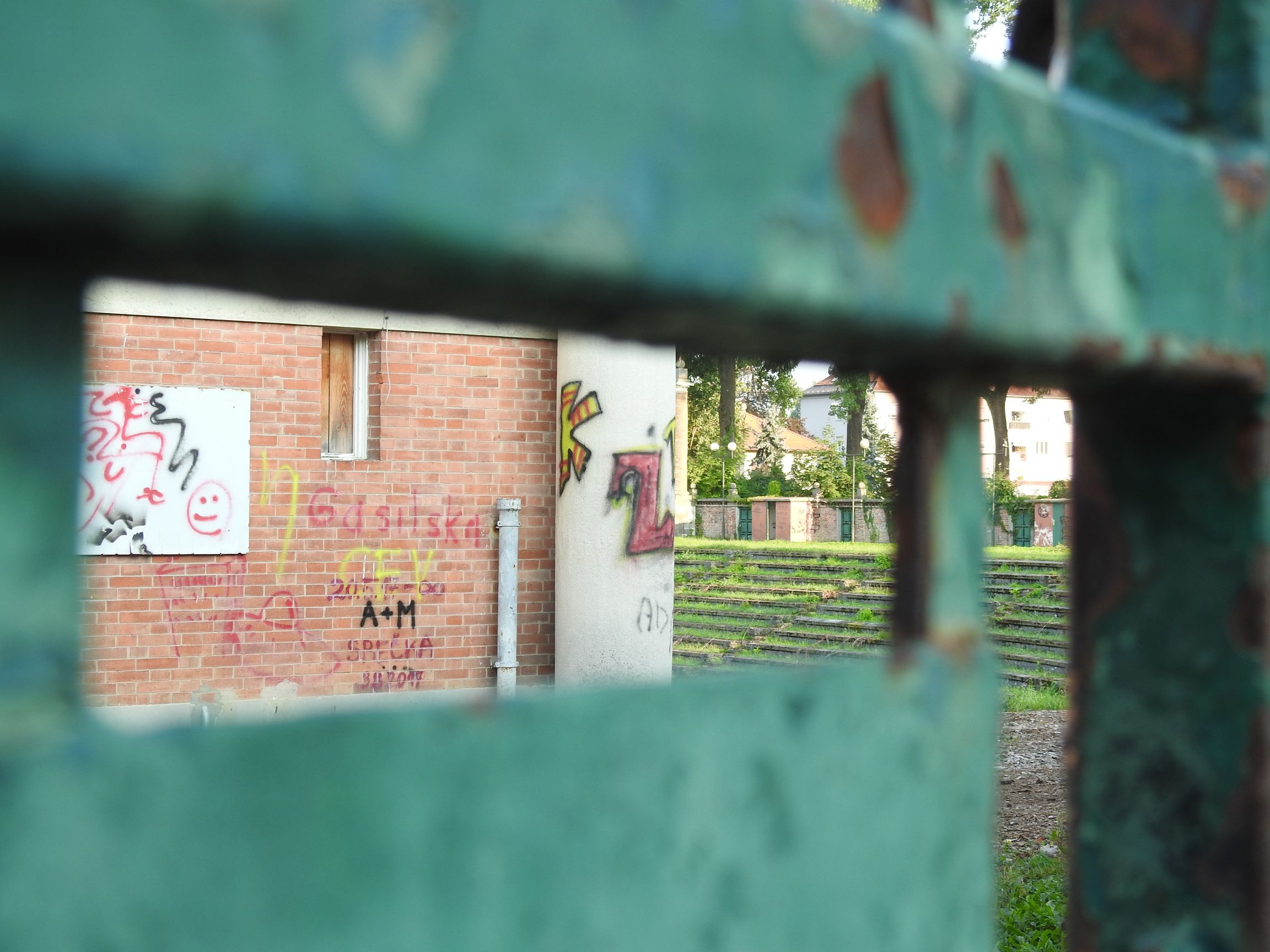 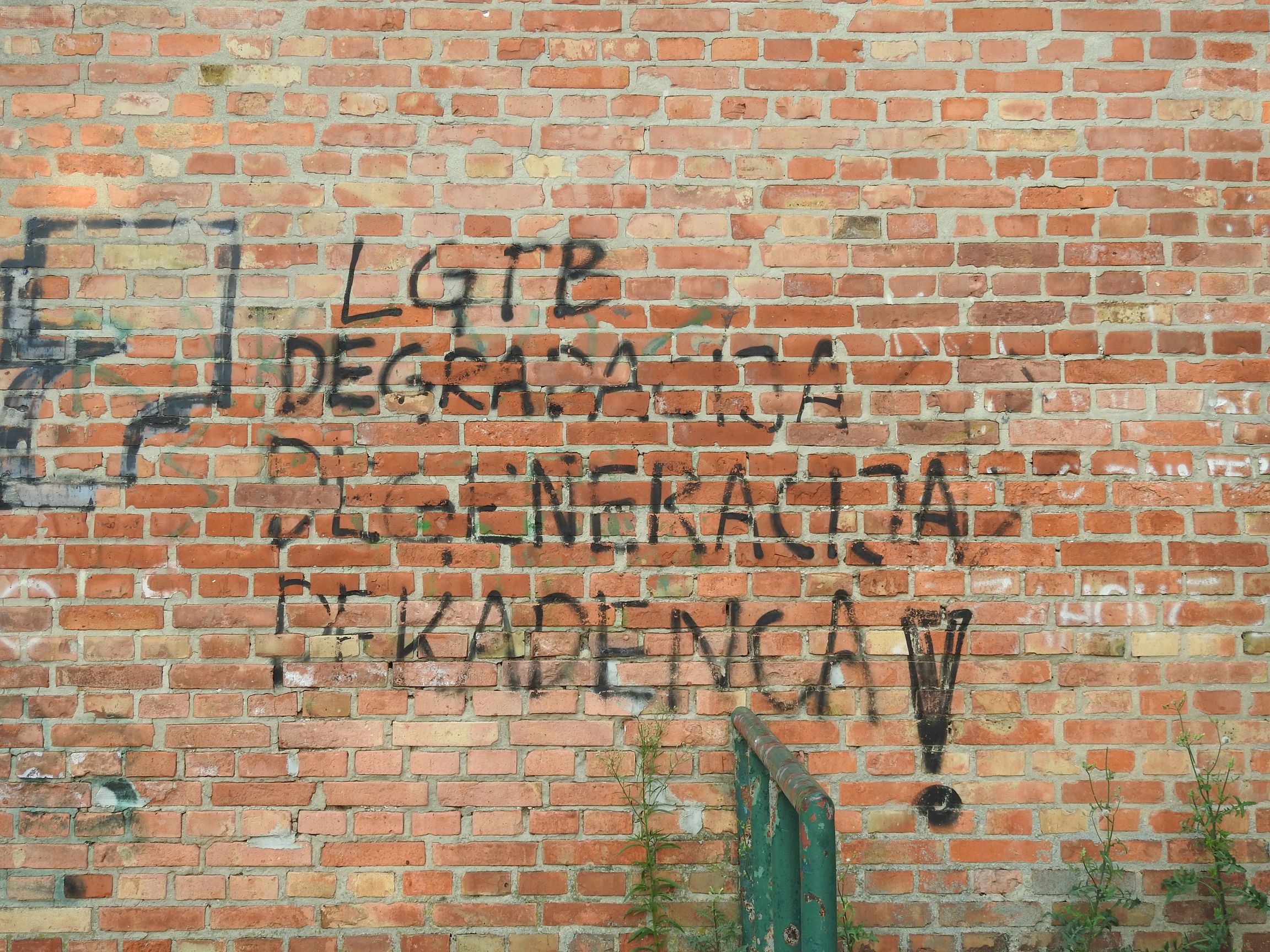 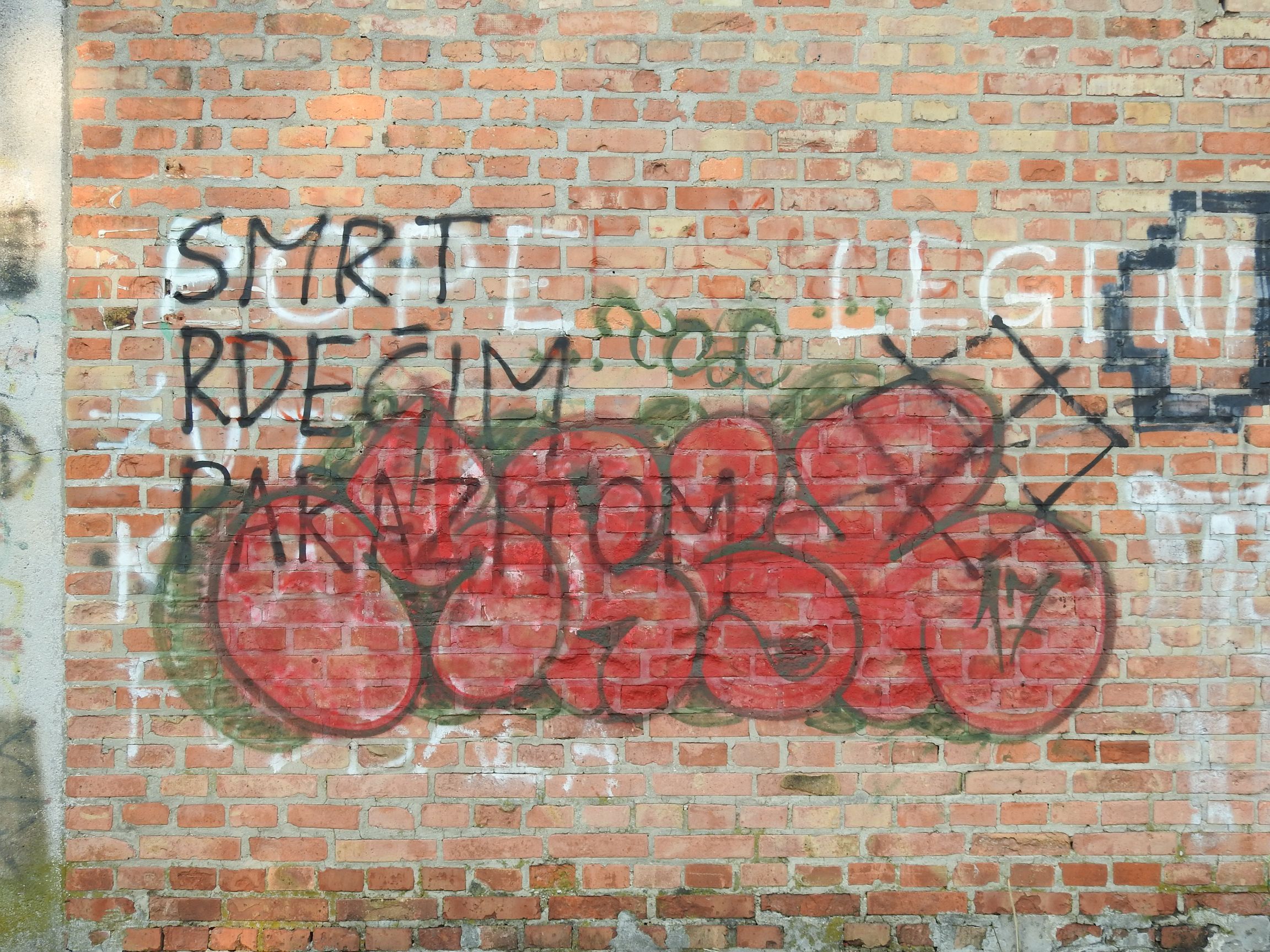 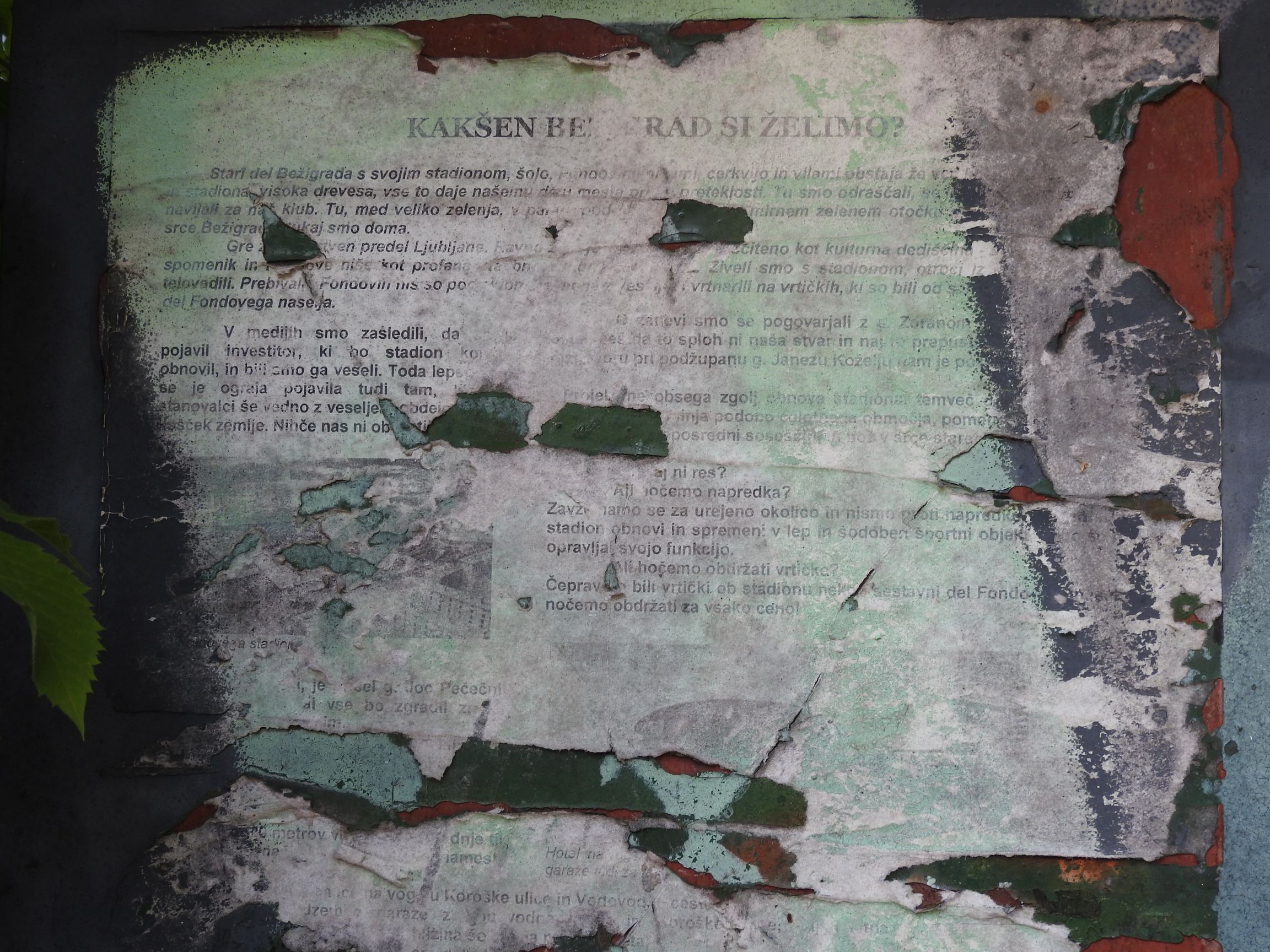 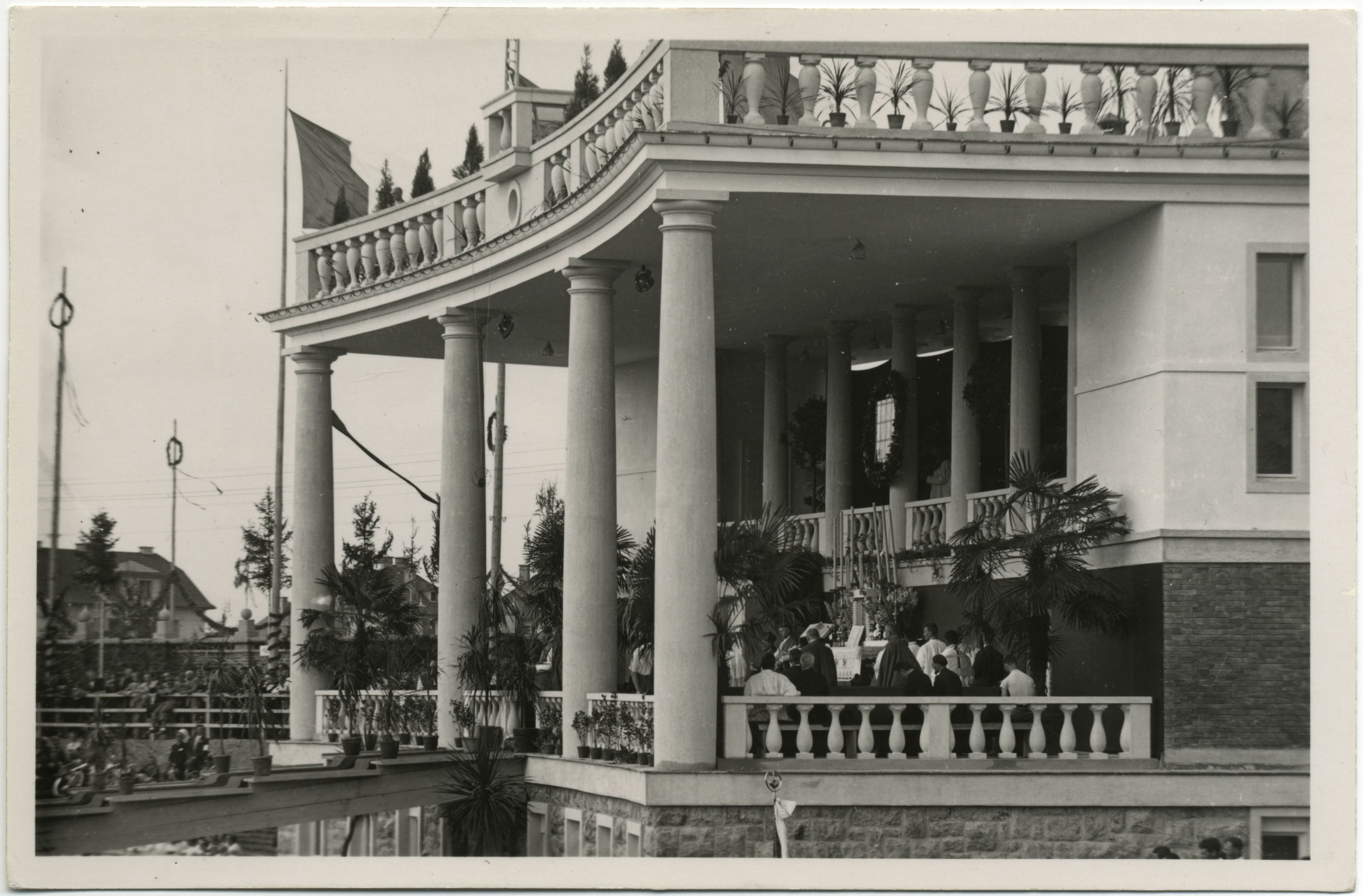 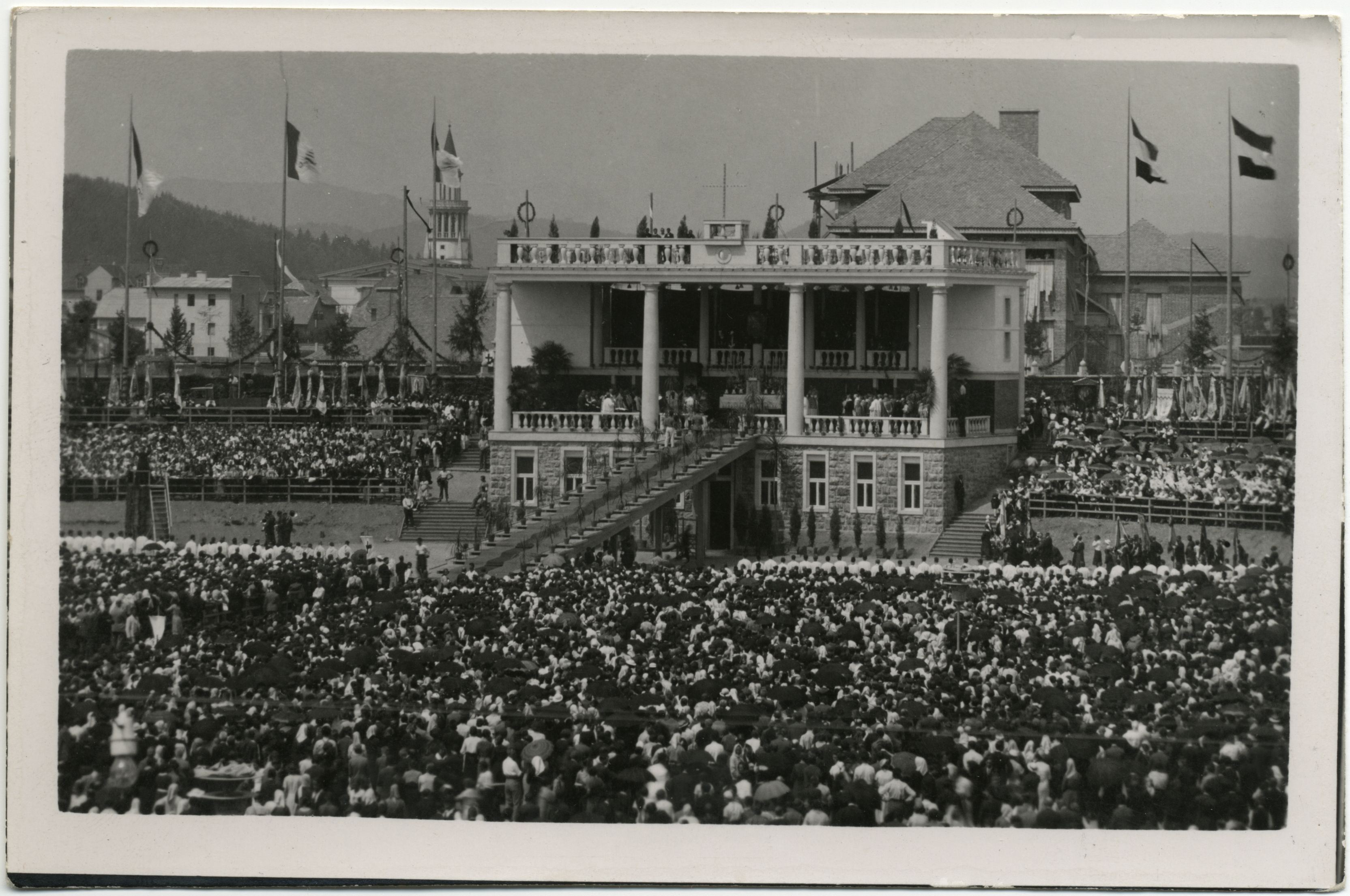 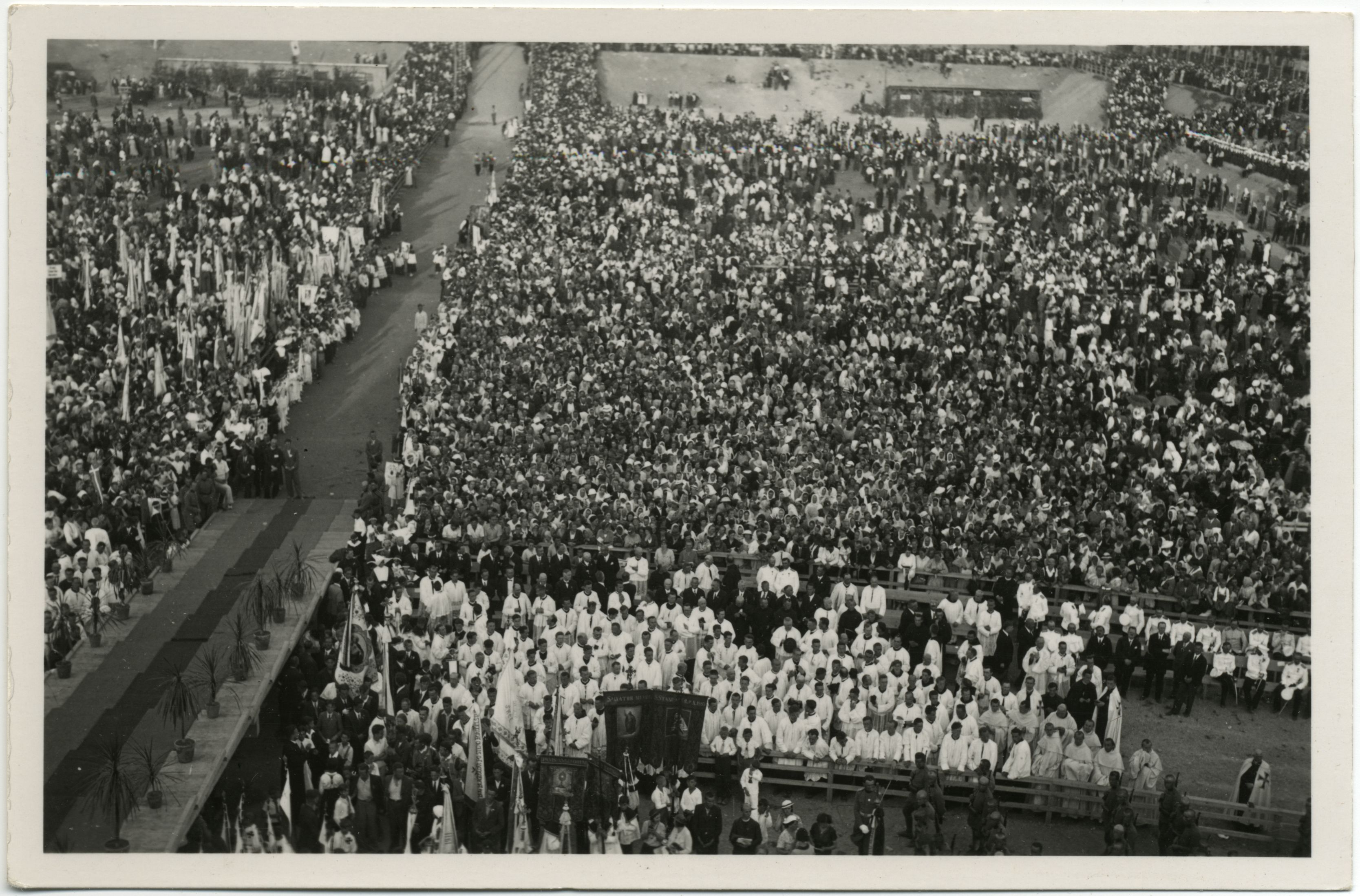 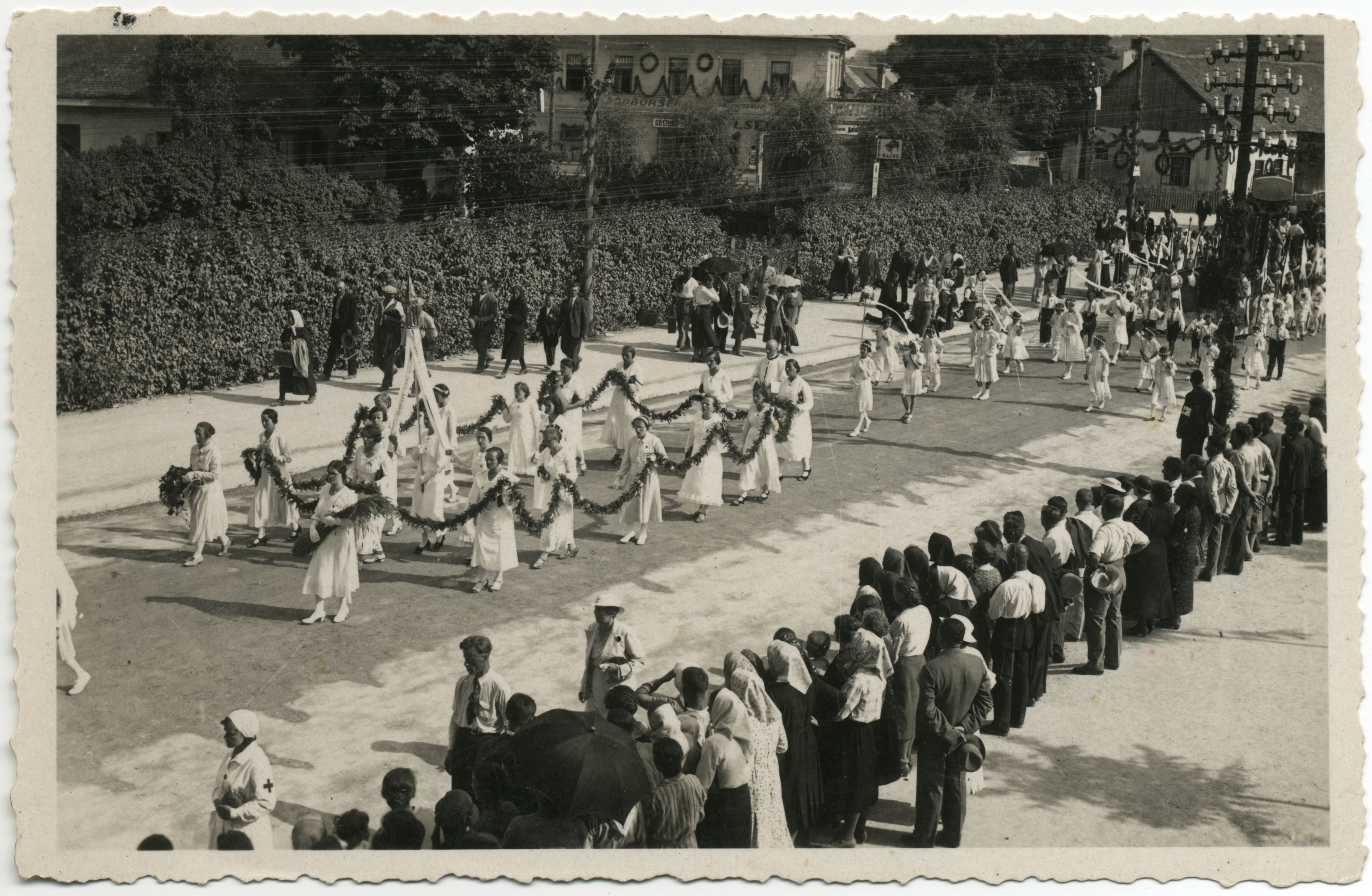 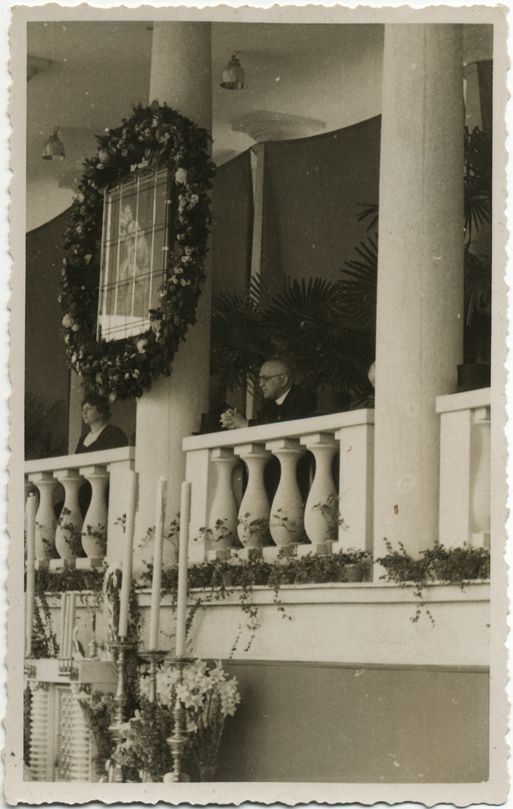 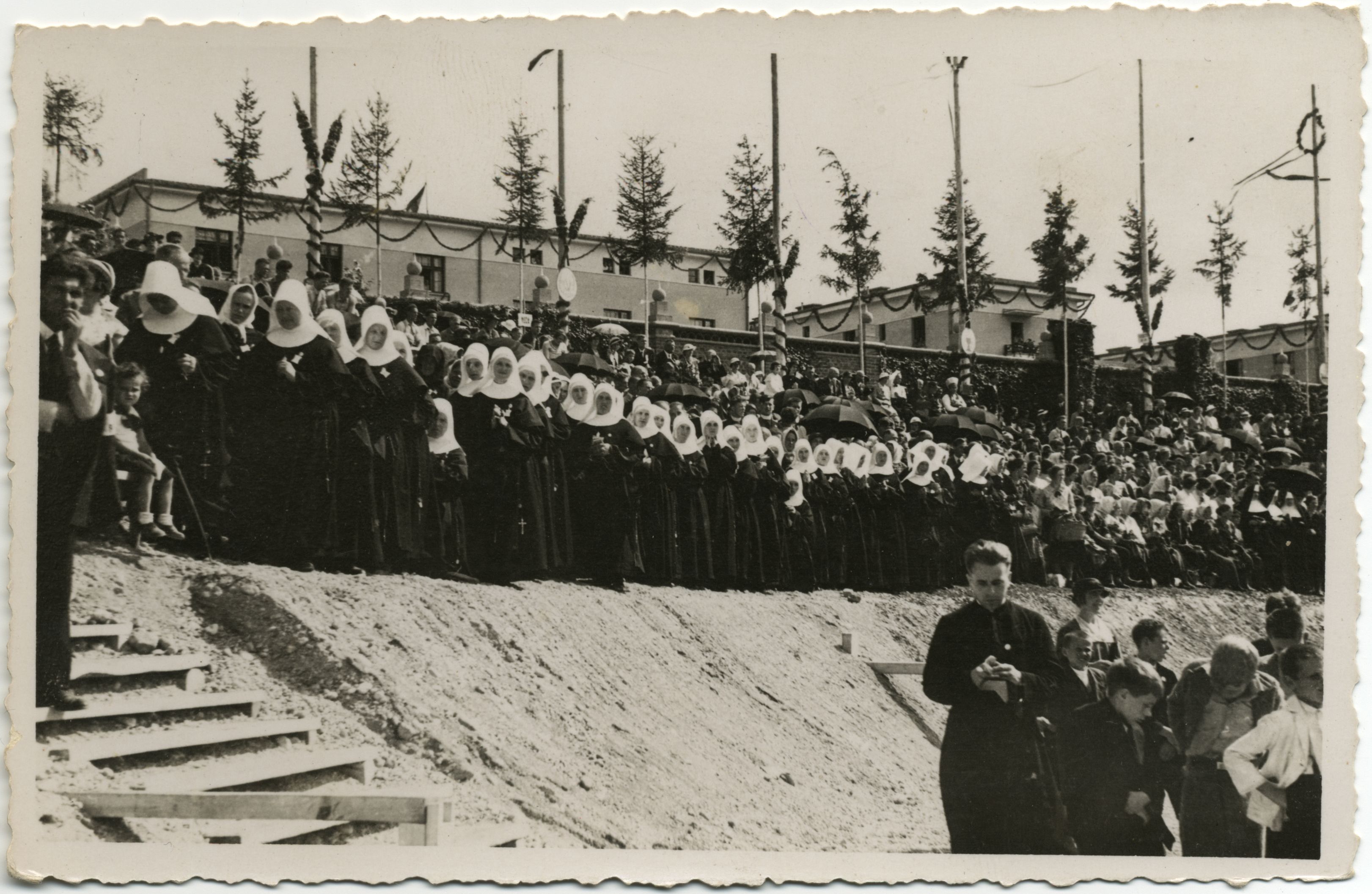 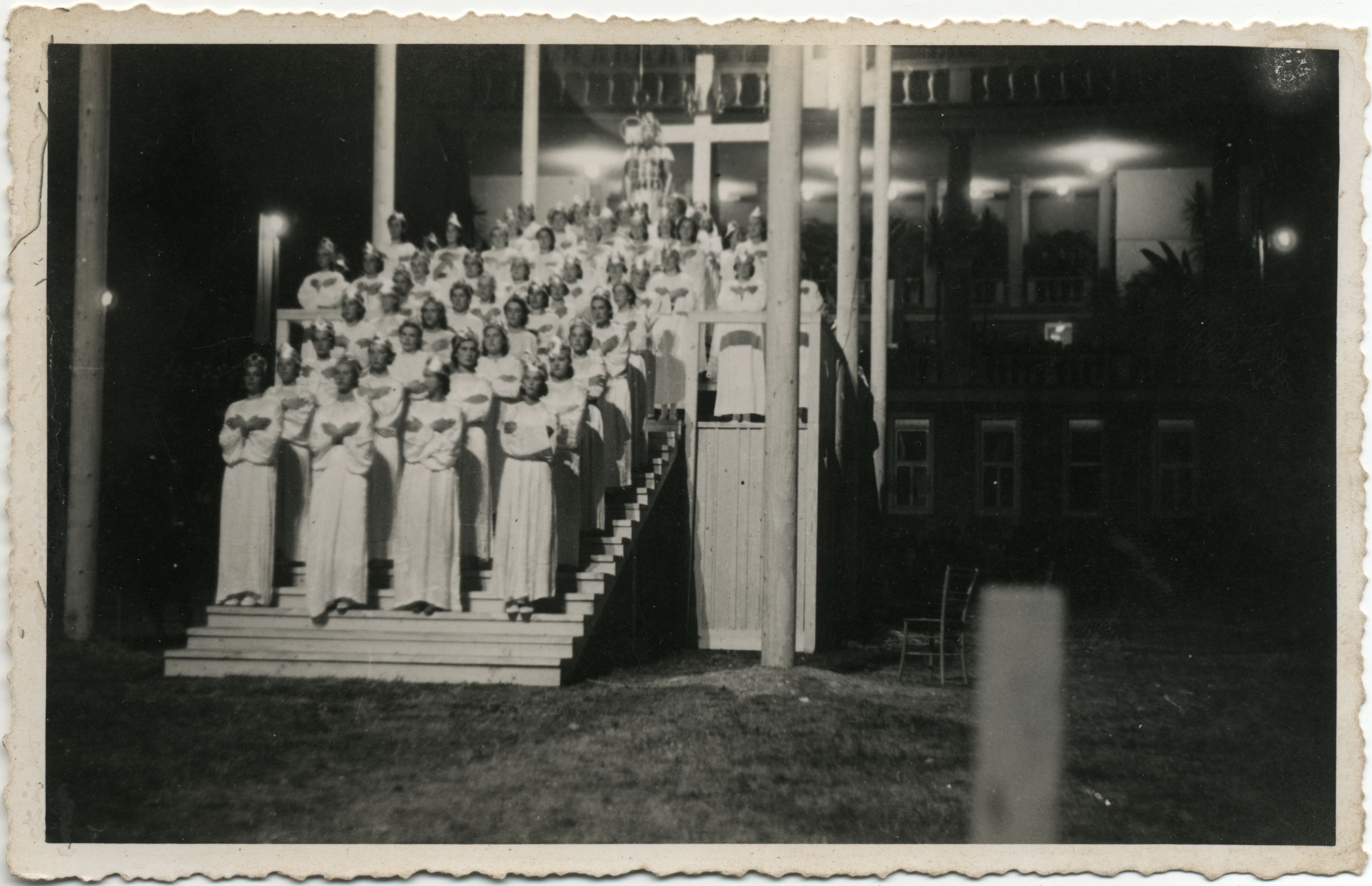 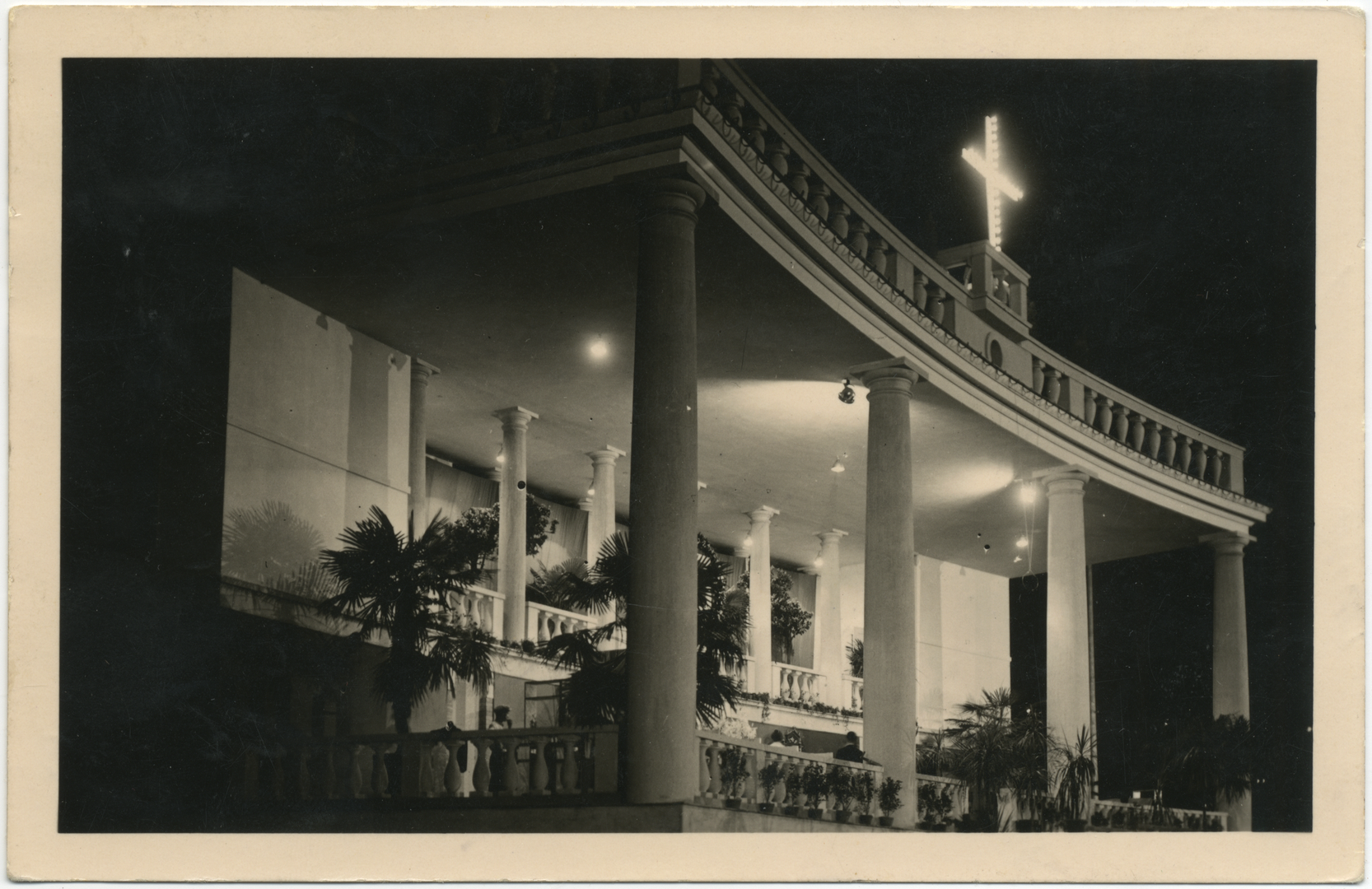 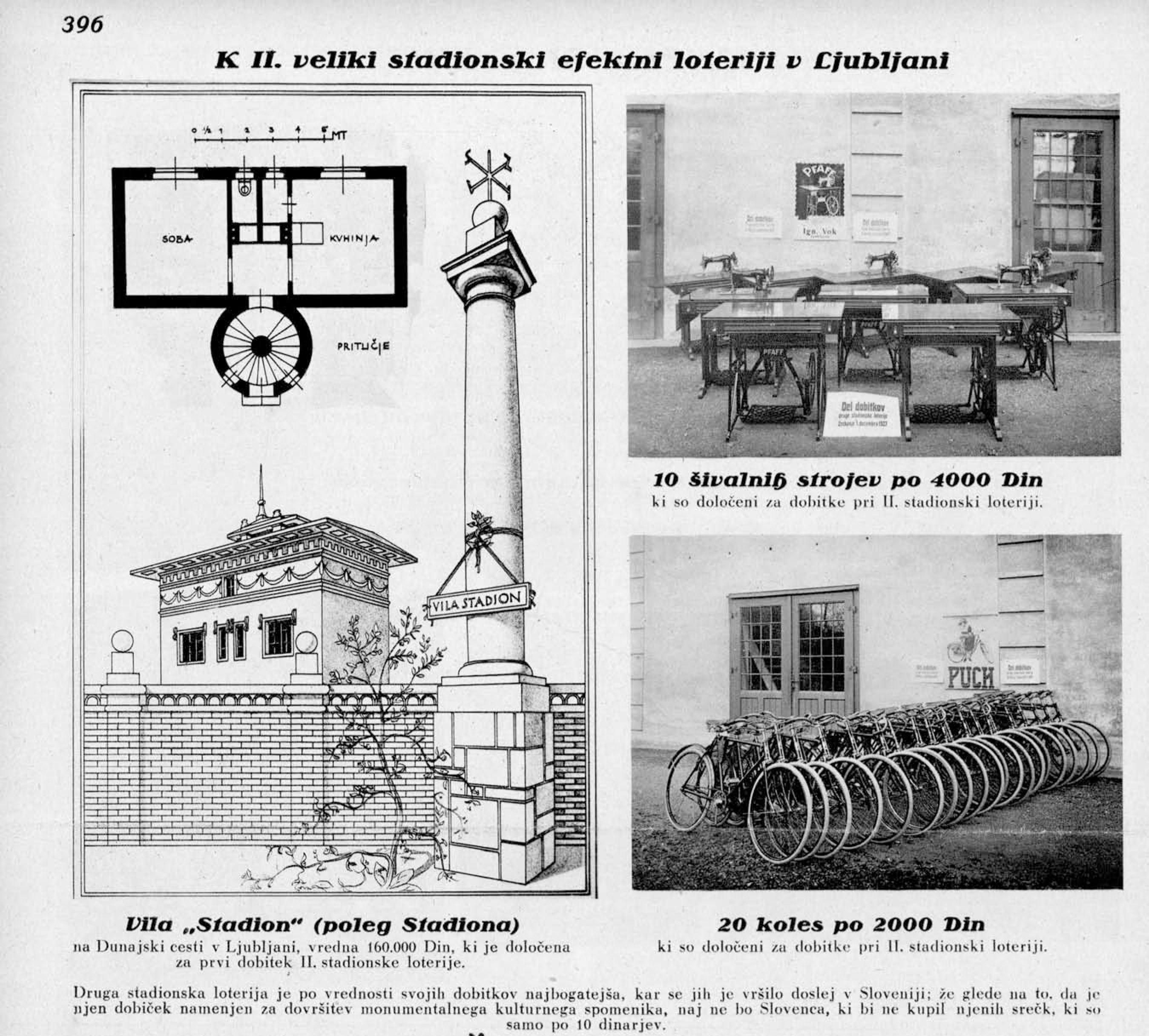 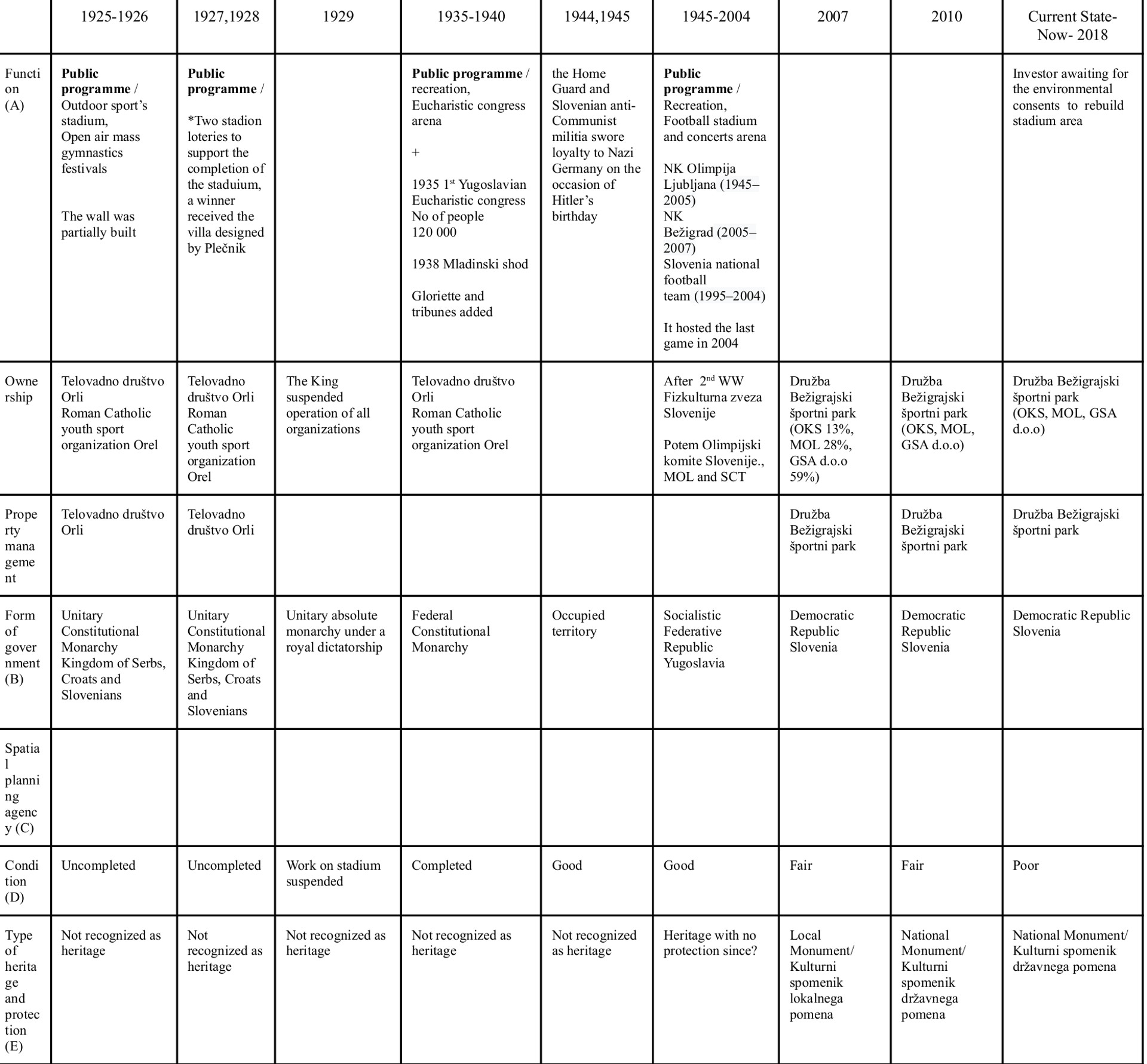