Architect Neoptolemos Michaelides (1920-1992), is considered as one of the most significant modernist architects of Cyprus. Among other his works include private residences, blocks of flats, religious buildings, offices.

The Apostle Varnavas and Saint Makarios Church built in the 1970s is a good, but rare, example of a contemporary religious building designed to surpass the official formal and ideological restrictions set by the Orthodox Church. This building consists of three consecutive vaults of different heights. The gaps between the different heights are filled with glass, allowing natural light to enter the interior space so that natural light becomes the principal agent for the creation of a mystagogical atmosphere.

The Church is constructed in fair-faced concrete thus promoting a brutalist character. It should, however, be noted that the geometrical character of the vaults seems to refer to the design of the Carob Warehouse in Limassol. In the 1980s, when part of the entrance collapsed, the building was structurally reinforced, which significantly affected its aesthetics. The Church is presently in full operation, servicing weddings, christenings and all other religious events.

Transcription
The Local Church commissioned the project to Michaelides in 1975. Until today in Cyprus, it is the most achievable modern ecclesiastical architecture. It went through some irreparable decorative changes in order to ‘look’ more like an Orthodox church and the modern design in the interior faded. 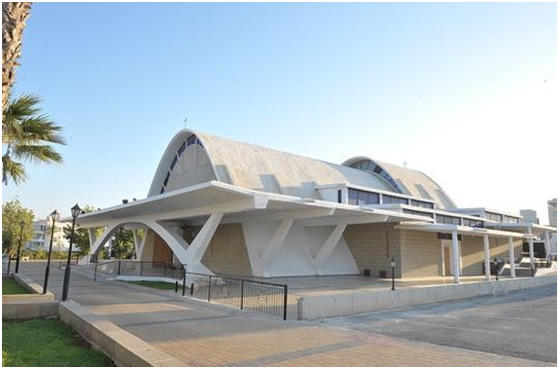 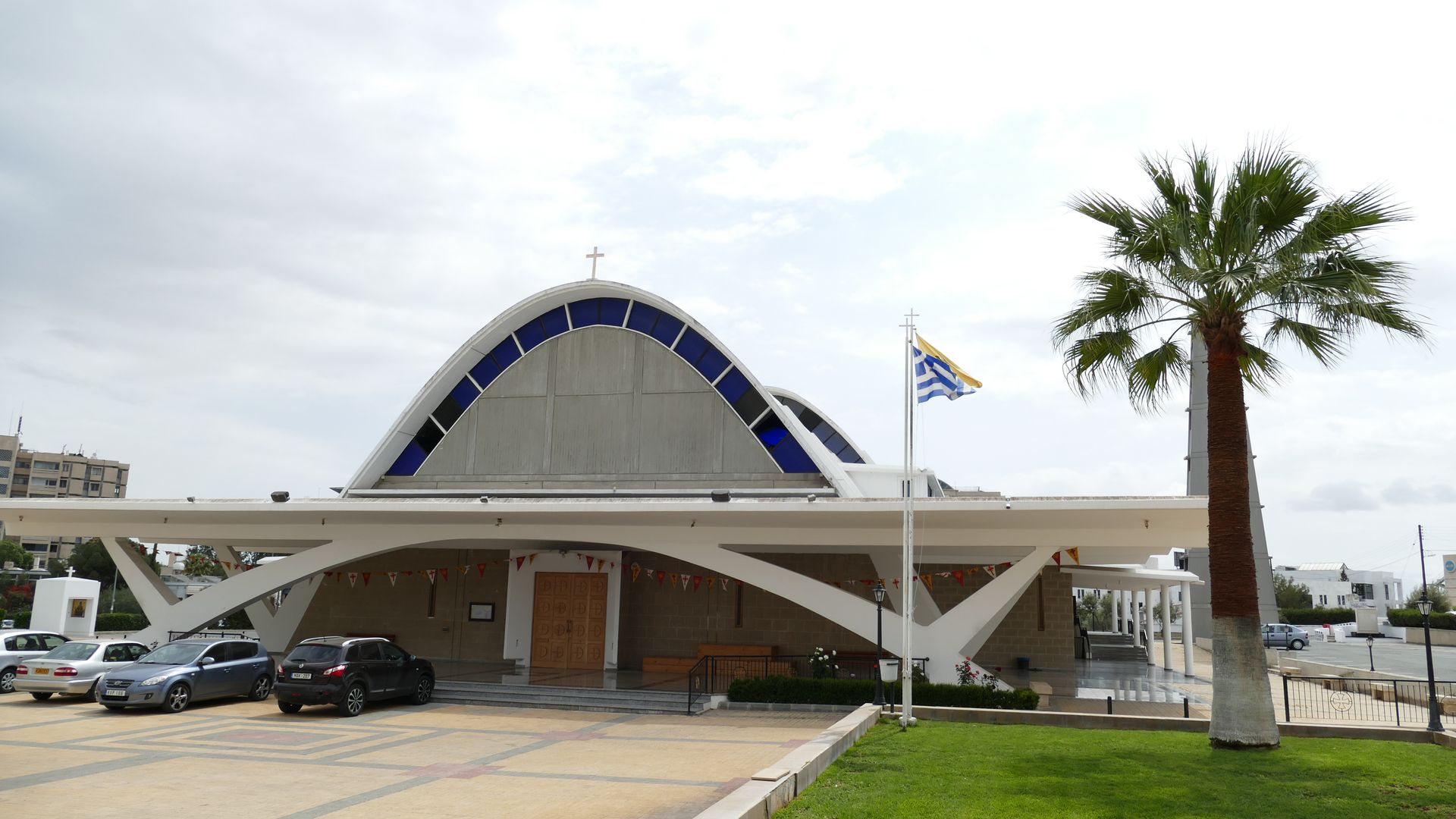 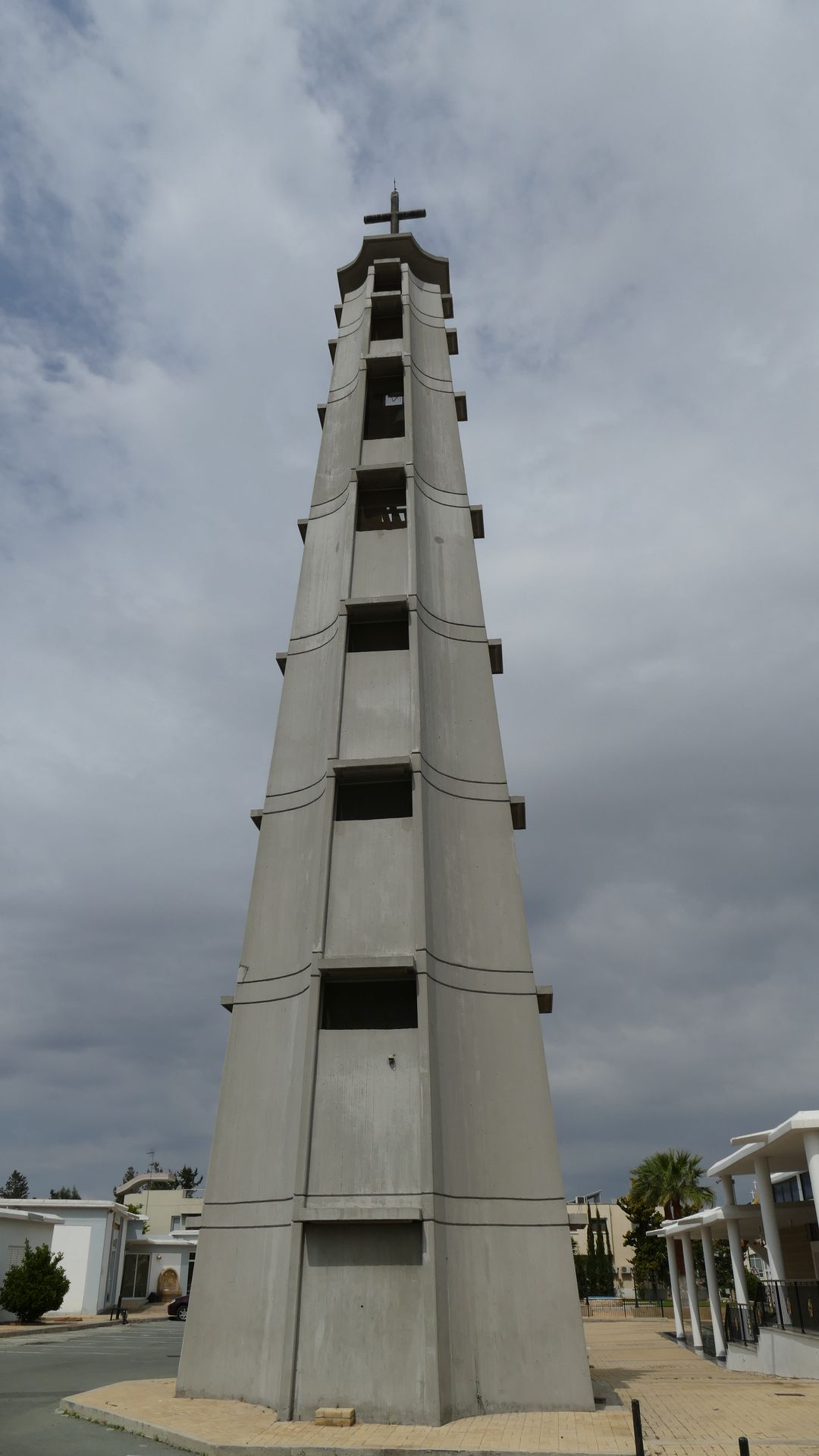 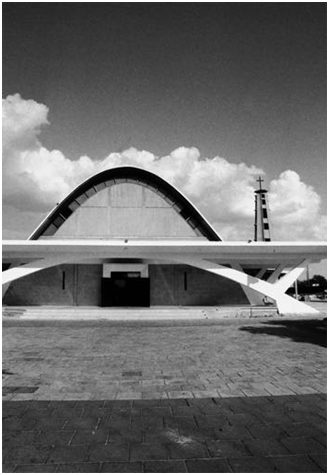 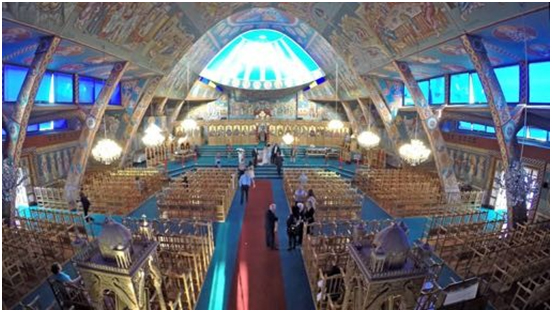