Commemorative events and anniversaries were very important for the Socialist Government. The celebrations honouring the 1300th anniversary of the foundation of the Bulgarian state were of such high importance it was a year-long series of events: a lot of museums were founded, lots of history books were published and lots of monuments–relating to Bulgarian history, but not Socialist struggles–were created. The National Palace of Culture was built then as well.

The monument “1300 years of Bulgaria” had to be completed in time for the celebrations and manifestations. It was made fast, from cheap, short-lived materials, that were accessible at the time. As a result, it started to fall apart the same year.

The sculptor of the monument, Prof. Valentin Starchev, chose a very original, abstract and allegorical way to represent the development and the periods of Bulgarian history. His solution was to include only a few figures, rather than to represent whole scenes. At the bottom, we see the saints Cyril and Methodius and king Simeon, representing the “Golden Age of Bulgarian literacy” in Bulgarian medieval history. In the middle, there is an odd composition that was popular in the period: the Pieta–a mother, mourning over her dead son–representing the struggle for socialism and the countless victims it took. On top, rising from the glorious past and the ashes of battles is a man– a working-class man, still in his apron– who is the chief protagonist within the Socialist regime and in reality. The figures are incorporated into asymmetrical architectural structures that rise into the air like flames or wings. It is an interesting fact that the compositions of the Pieta and the working class man are not new; they were new readings of the sculptor’s previous works and we have two other Pietas that are still standing as well as a figure of a moulder, very similar to the ones on the monument.

The monument turned out to be too much of an abstraction for its public. Even the Party and its leader Todor Zhivkov couldn’t understand the idea and didn’t like the monument, so it was rejected from the start.

As the monument continued to fall apart in the course of time, there were a lot of projects for renovating, changing or removing the monument.

One of the main arguments was that the monument and the surrounding park were erected on a site where used to be military division barracks, complete with a lion monument and a wall with the names of the men who died in the wars from that division. The idea was to restore that monument.
Last year, a decision was made that the monument should be destroyed. That didn’t go down quietly either; the crane brought to demolish the monument, was set on fire the night before its scheduled demolition by unknown perpetrators.

Now a small monument of a lion that used to be there before “1300 years of Bulgaria” lies on the spot. Once, perhaps, without the NDK and the park, it used to look good and presentable, but, today, it’s small and inconspicuous.

2018 Destroyed, replaced by another monument 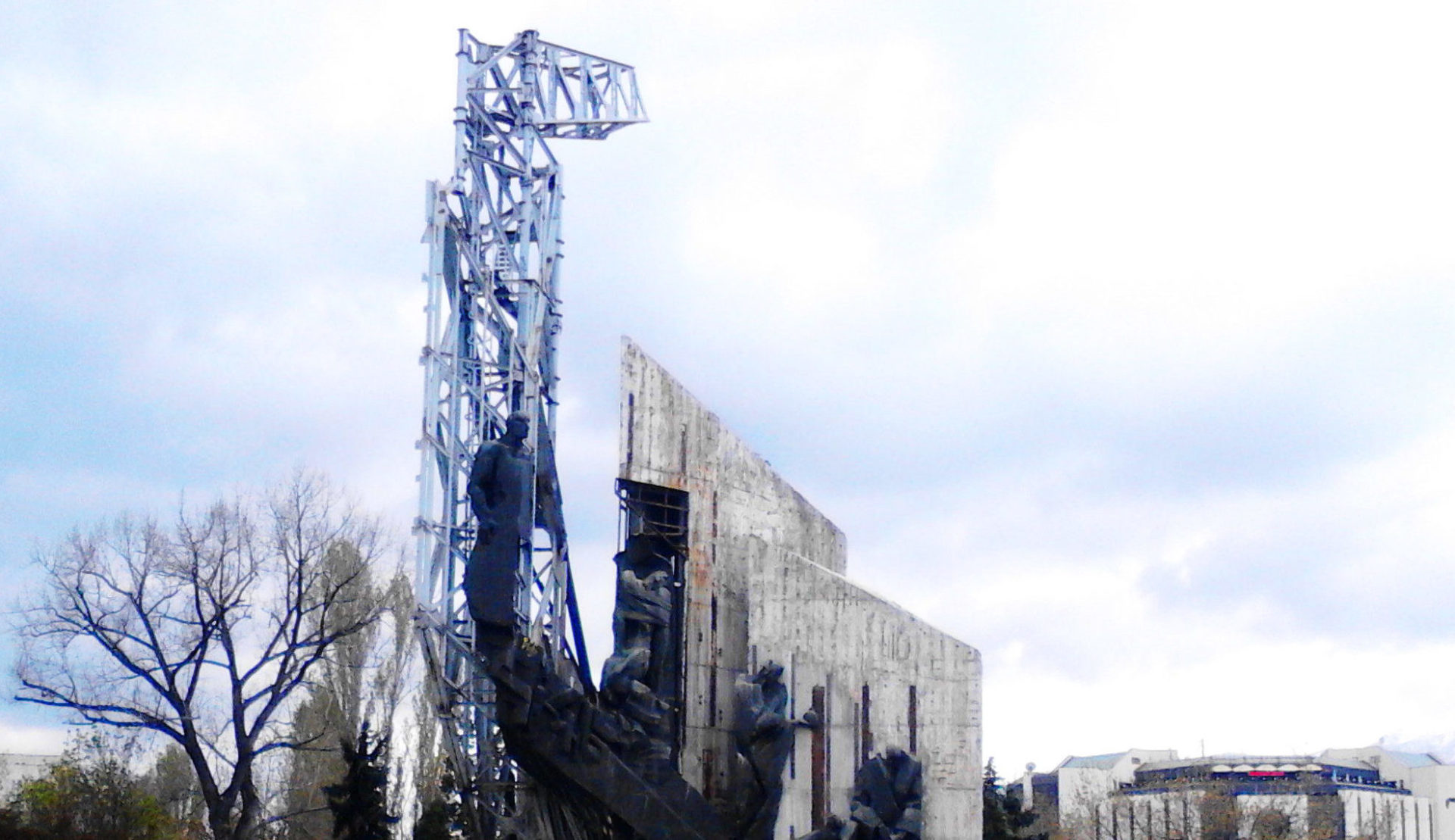 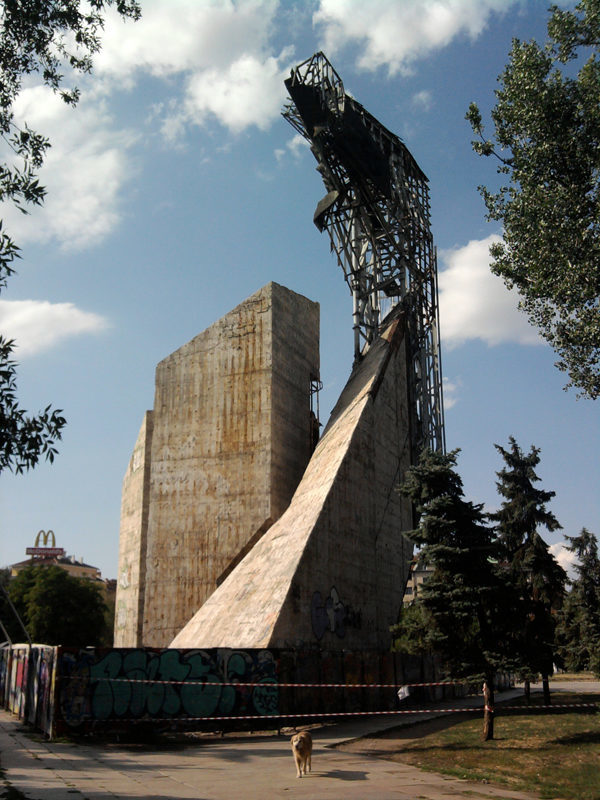 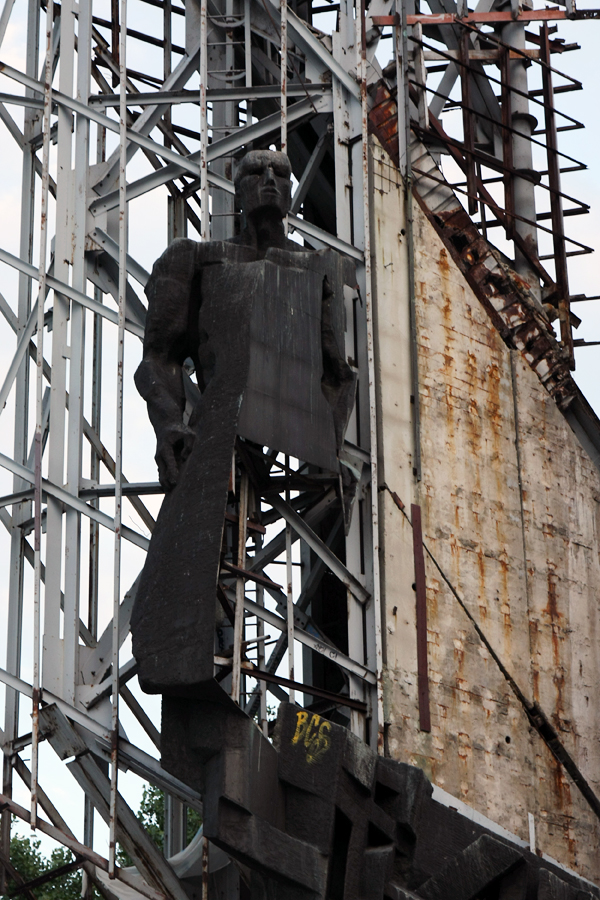 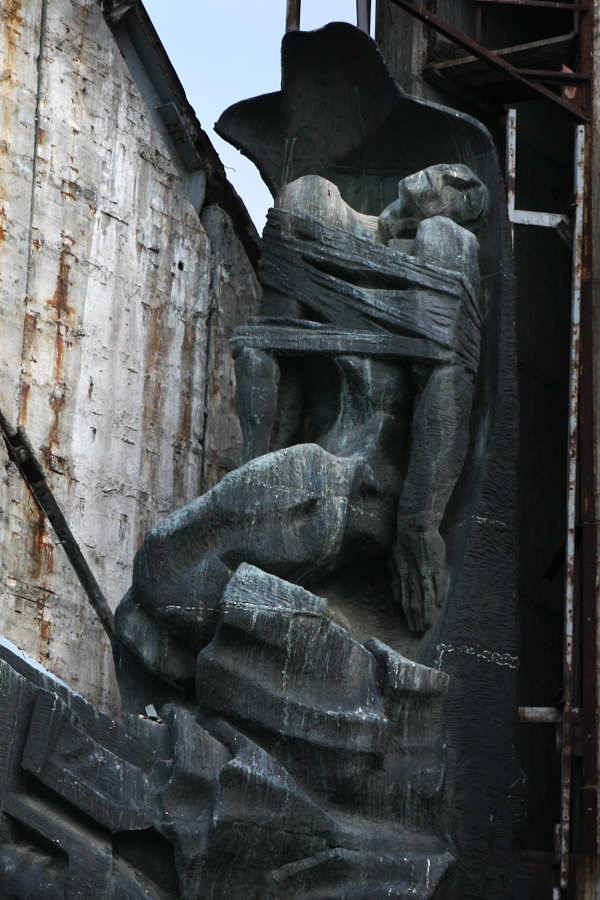 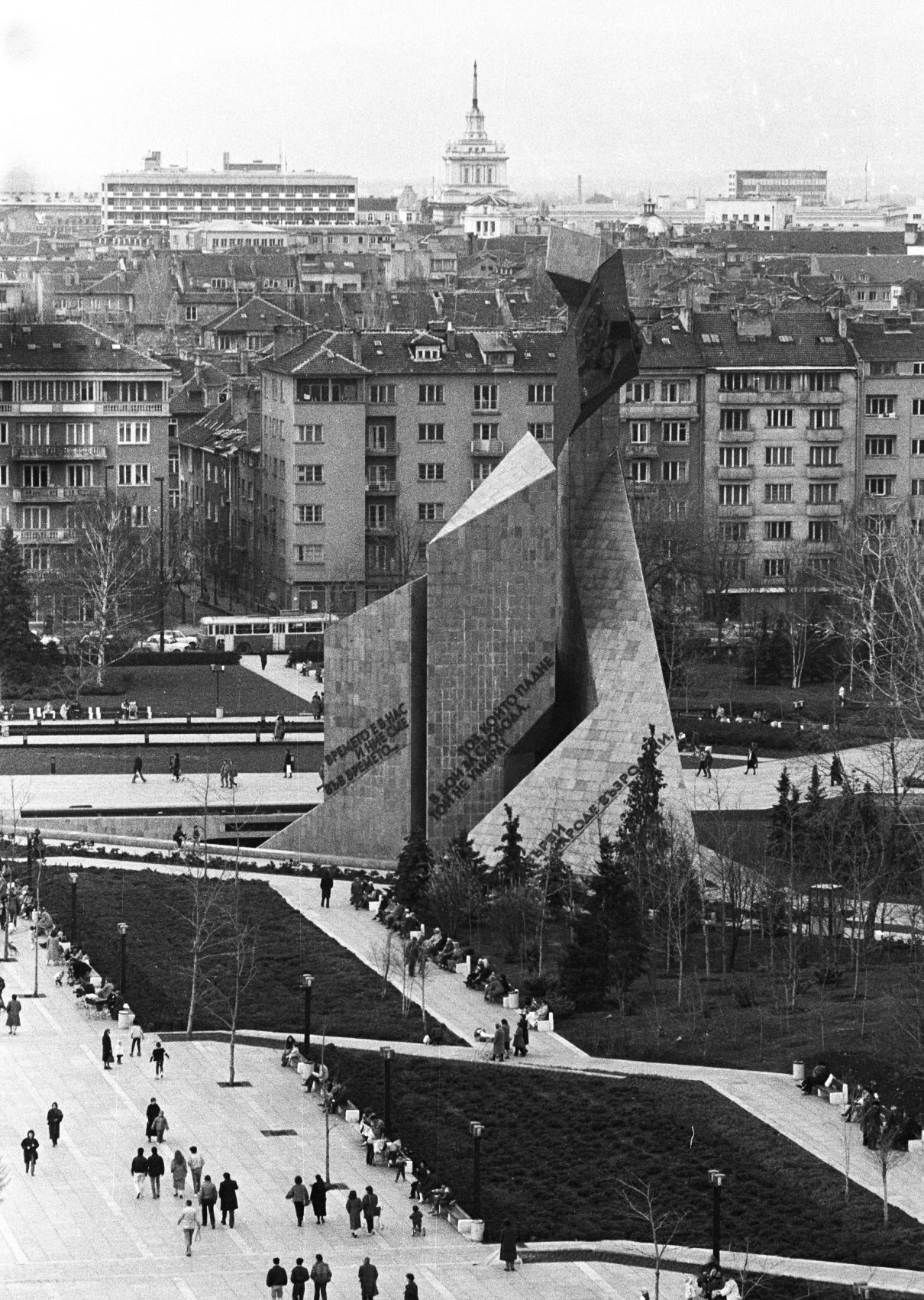